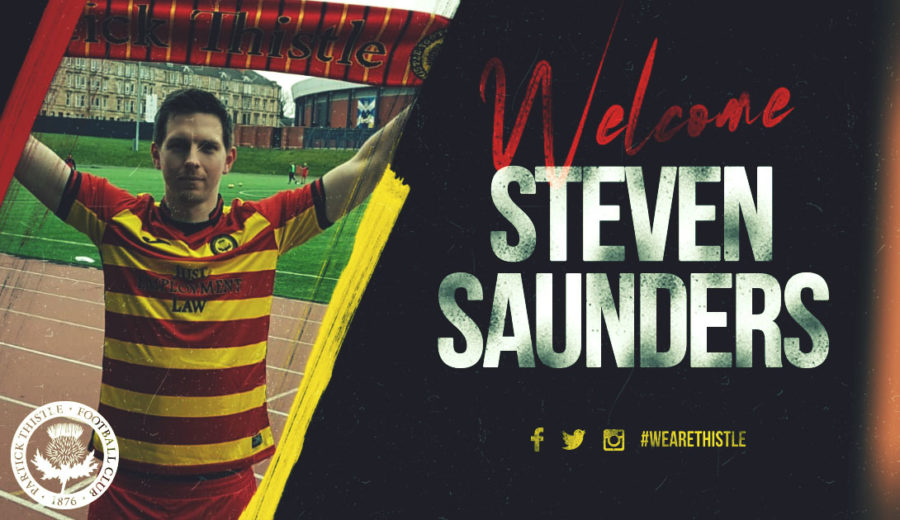 Partick Thistle can today confirm the signing of Steven Saunders from Livingston on an 18-month contract, subject to clearance.

The experienced defender joins the Club, bringing a wealth of experience in Scottish football having initially come through at Motherwell. Saunders has also played for Dumbarton and Ross County as well as The New Saints in Wales, where he won the Welsh Premier League and Welsh League Cup twice respectively.

After leaving the Park Hall side in the summer, the 27-year old joined Livingston where first team football has been hard to come by. As such, Saunders has cut his Almondvale stay short to join Gary Caldwell’s defensive ranks in Maryhill.

Throughout his career, Steven has played over 50 games in the top flight of Scottish football and has even been capped by the Scotland National Team.

Steven will wear squad number 43 for the Jags.

It’s only half time in our season and there is still so much to play for. You’re part of it. 2018/19 half season tickets are on sale now – buy yours here.

Sponsorship of Steven’s kit is available to purchase online.