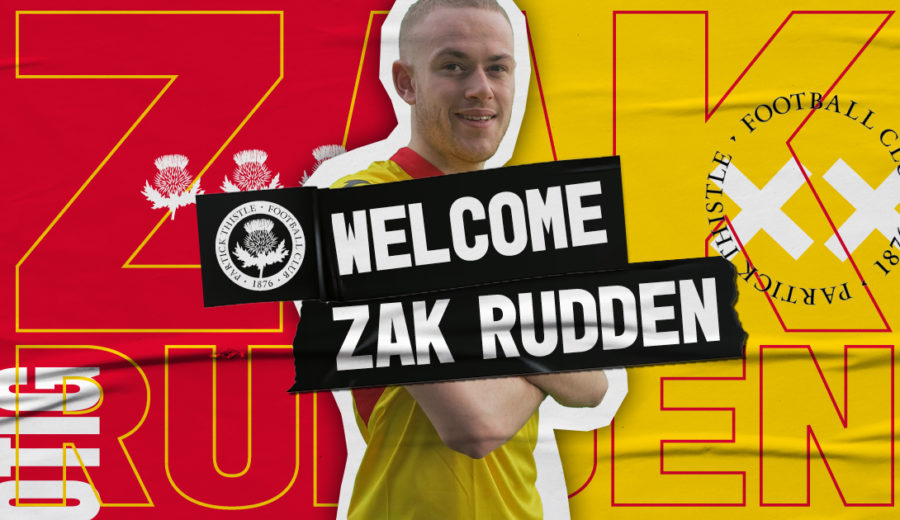 Partick Thistle are thrilled to confirm the signing of striker, Zak Rudden, on a two-and-a-half-year deal from Rangers for a nominal fee, subject to clearance.

The 19-year-old attacker spent the first half of the 2019/20 season with Plymouth Argyle, scoring three goals in nine starts for the League Two side but now comes to Maryhill to bolster Ian McCall’s frontline.

Last season, Zak was on loan at Falkirk in the Scottish Championship scoring 12 league goals for the Bairns, finishing joint-fourth in the league’s scoring charts behind only Lawrence Shankland, Stephen Dobbie and Billy McKay.

The Edinburgh-born forward has also represented Scotland at under 16, under 17 and under 19 levels, netting six goals in 13 appearances for the 19s.

“We are thrilled to add Zak permanently to the squad. There were many other clubs interested in signing him so we are delighted that Zak has chosen Partick Thistle to continue his career. There is a lot of improvement in Zak and we are looking forward to working with him on the training pitch. I think he is a player that will excite our supporters and they will love seeing him wearing red and yellow on the pitch.

“I’d like to thank Ross Wilson and everyone at Rangers for their help in getting the deal done. It is a deal which suits both Partick Thistle and Rangers as well as the player.”

Sponsorship of Zak’s kit is available to purchase online.