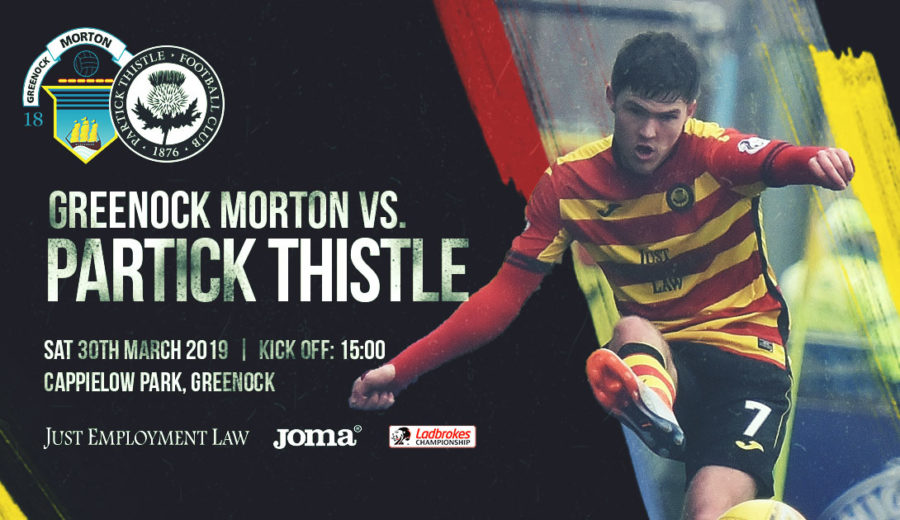 Spittal aiming to take most from hard working training camp

Blair Spittal is hoping to use the warm weather training camp to the team’s advantage as Thistle travel to Greenock to face Morton in another important Ladbrokes Championship clash.

With a longer break than normal between games the players flew off to Tenerife to make the most of the facilities available. Spittal knows now it is up to the players to use the week to move themselves up the table and finish the season strongly.

Speaking exclusively to ptfc.co.uk he said:

”We’ve had a good week. We know how it maybe looks to the fans, it maybe doesn’t look the best. I’m sure it looks to some that we were away for a jolly but it wasn’t like that at all. We trained extremely hard and really put everything into it. The facilities over there are great and you don’t get those types of facilities in Scotland.

“We got to train on the grass which you don’t get much of at this time of year. The chance to do that and work as hard as we did has been brilliant but we need to show it was worth it by going out and getting the job done on Saturday.

“We need to use the opportunity we had to our advantage going into these important seven games we have left.”

After the disappointment of the defeat to Inverness, Blair is hoping the week’s training has taken their minds off that performance and enabled them to look ahead

“Last Friday night was disappointing; we never really got going, especially in the first half. We got ourselves back into the game in the second half but lost two bad goals and we need to bounce back from that. It’s all about looking forward now and doing all we can to get three points on Saturday”

Last time out at Cappielow it was a highly disappointing afternoon but Spittal is adamant that nothing but Saturday is on their minds.

“A lot has gone on since that day, a lot of the players the manager has brought in didn’t play that game, we’re a very different team now. Unfortunately I was one of the ones that did play day and it was a sore one to take, it still hurts, but we don’t think about that. We concentrate on what we need to do in this game. We know it will be a tough match, as all games are in this league, but it’s one we believe we can win.

“We feel we have done well since January and we need to continue to pick up points between now and the end of the season. Consistency is going to be key and that means from game to game but also from the first minute to the last..”

“We know a win will drag Morton back into things at the bottom. That’s the motivation we need to use. As well as the opportunity to pick up three points it’s the chance to possibly move up the table or at least move closer to teams above us and bring another team into the battle. Despite where we are we want to look up the table but to do that obviously we need points first.”

“Every player will tell you that they are really disappointed when they don’t start, myself included. I knew, however, if given the chance I could come on and make a contribution. I knew I could come on and show the manager that he should have started me. I felt I managed to make a good contribution and stake my case for a start.

“No matter if I start on Saturday or have to try and contribute from the bench, I’ll look to make an impact and help the team to all three points.”