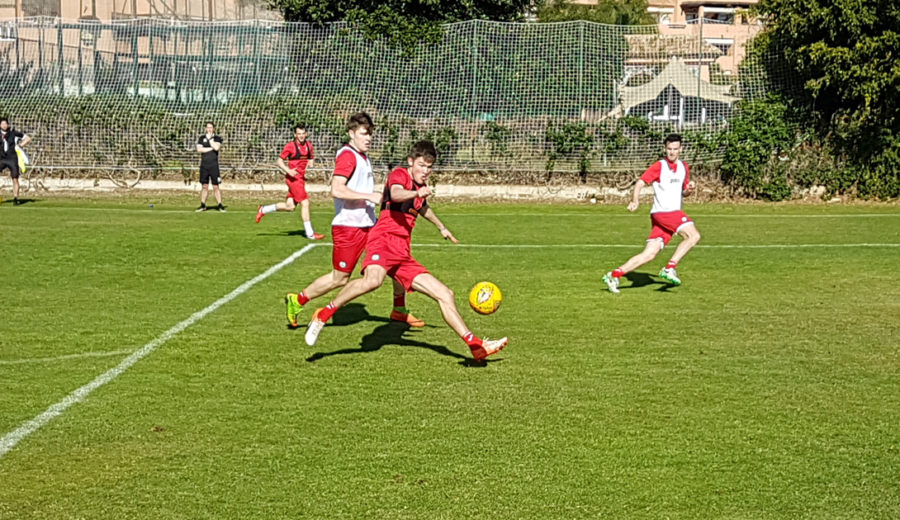 Spittal: Hard work but well worth it

After a hectic December that included no fewer than eight games, the Jags first team squad were afforded some well-earned time off to start 2018. It was quickly back to the hard work though as the squad jetted out to Marbella for a week long, intense, warm weather training camp. Double sessions have been the norm for players this week but, as Blair Spittal explained when talking to ptfc.co.uk, it has been an incredibly valuable experience.

“Yea it has been really good over here to be fair. We got a week off after the Ross County game to refresh ourselves after a tough December. We finished that period in a really positive fashion though and it puts us in a great position to kick on into 2018.

“December was a good month in terms of every player wants to be playing games but it’s nice to get away and have the chance to work on more specific things that should help us do better in the second half of the season. When the games are coming thick and fast you don’t always get the chance to work on much in training as it’s normally just a case of recovery and going again.”

It’s the second consecutive year the Jags have gone away during the winter break but Blair is quick to dispel any idea of it being anything but hard work.

“It certainly isn’t a holiday camp, we’ve been on double sessions all week! The facilities are top notch though so we’re really enjoying it and it has been brilliant to get out on the grass and feel the sun on your back. Before Christmas we didn’t even know where we would be training that morning and when we did it was often in freezing conditions so it’s good to know for certain where you are going to be and be able to plan around that. It allows us to get the most out of the time we have as well and it really feels like it has been a productive week.”

The week concludes with a friendly against Shanghai Shenhua FC on Friday, something Blair and all the players are looking forward to.

“We’ve got the game tomorrow and that gives us a chance to put into practice what we’ve been working on this week. Just as important is that it gives us the chance to get some game time into the legs of the boys who have been injured and are maybe just coming back to fitness at the moment. Guys like Abdul Osman, Callum Booth and Stuart Bannigan will all hopefully be able to get some minutes under their belts to help make sure they hit the ground running when we get back.”

Injuries have been something of a talking point in Thistle’s season but the worst appears now to be behind Archibald’s side.

“That level of competition for places is something we’ve maybe been missing this season because of the injuries and hopefully it will mean we all have to raise our game to make sure we are still getting the time on the pitch that we want. Competition is healthy in any squad and I think we’re all hoping that will help kick us on in the second half of the season.”