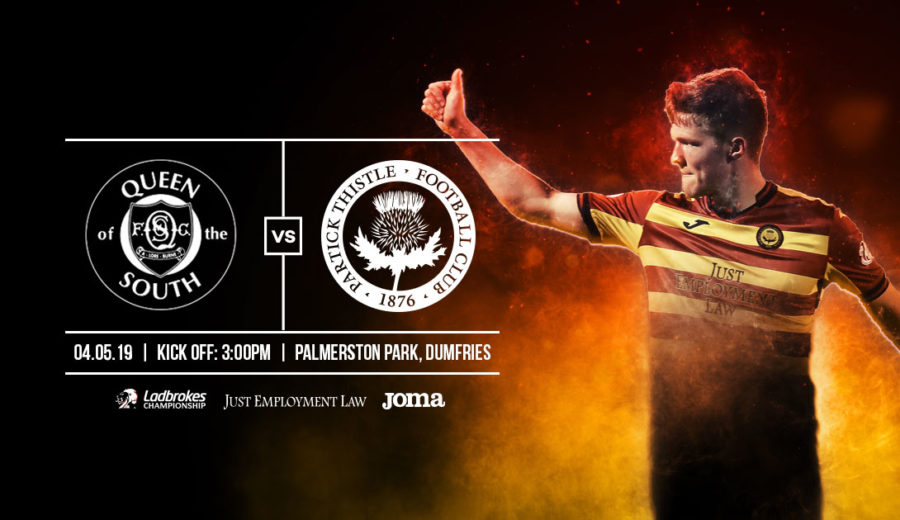 Spittal: We’re going out for the win

Blair Spittal has insisted the team will go out looking for nothing less than a win against Queen of the South on Saturday. Thistle require a draw to secure their Ladbrokes Championship status for next season but Spittal knows the players must go out with the mindset of trying to win the game.

Speaking exclusively to ptfc.co.uk, Blair said: “The manager has made it very clear to us that we are going to try and win the game. We know a draw will be enough but we don’t want to encourage a negative mindset going in and certainly won’t be looking for the draw. We are all 100% focused on going out and doing what we need to do to try and win the match. That is the only thing that will be on our minds.”

Blair says the players are all ready to go, in what will be Thistle’s biggest game of the entire season.

“We’re all ready and raring to go for Saturday. We know how big a game it is and we’ve worked extremely hard this week. We’ve worked on a lot of things and we have a game plan that we need to follow and, if we do, I’m confident we can do what is required.

“The good thing is we know exactly what we need to do, we were disappointed not to get the job done here last week but it wasn’t to be and we need to now go into this game and do the business.”

Thistle had the opportunity to secure safety last weekend but, despite going ahead against Ayr, lost 2-1 to take it to the last day. Now Spittal is hoping for a big improvement in terms of performance this weekend.

“We started the Ayr game well, we got ourselves ahead, but we didn’t really build on that. We didn’t push on after that and were punished. So we will learn from that and make sure we don’t make the same mistakes.

“It’s an opportunity on Saturday, it doesn’t matter how we do it, obviously it would be nice to chip in with a goal myself and make an impact, but it’s about getting that result, nothing else matters.”

The Jags number seven knows the Red and Yellow Army will back the players in large numbers and he says they can make a massive difference.

“The fans have really backed us all season. It’s not been the season they or we wanted but they have stuck by us and that really is appreciated.

“They pay a lot of money to come out and support us and the Club and it means a lot to us. We know we can’t take it for granted and have to go out and make their support worthwhile by winning the game on Saturday.”

“It’s great to pick up the award, it wasn’t the way you want to win it with the position we are in but it is a real honour to win it. We know overall the season hasn’t been nearly good enough, however it was nice to perform well on a personal level.  I can’t thank those who voted for me enough.”

The attacker is expecting a tough game from Queen of the South who, like Thistle, need a result from the game.

“We know starting the game well is important, Queens will come out firing on all Cylinders, they have to come out and win the game too so we have to be on our guard against that force our game on them.

“We know they will make it tough, they have good players and will be fighting for everything. It’s the old cliché about winning your personal battles first and foremost and we have to do that.”

Can’t make it to Palmerston Park? Jagzone members can listen to live audio commentary of the match. JagZoneLIVE begins at 2:45pm tomorrow.