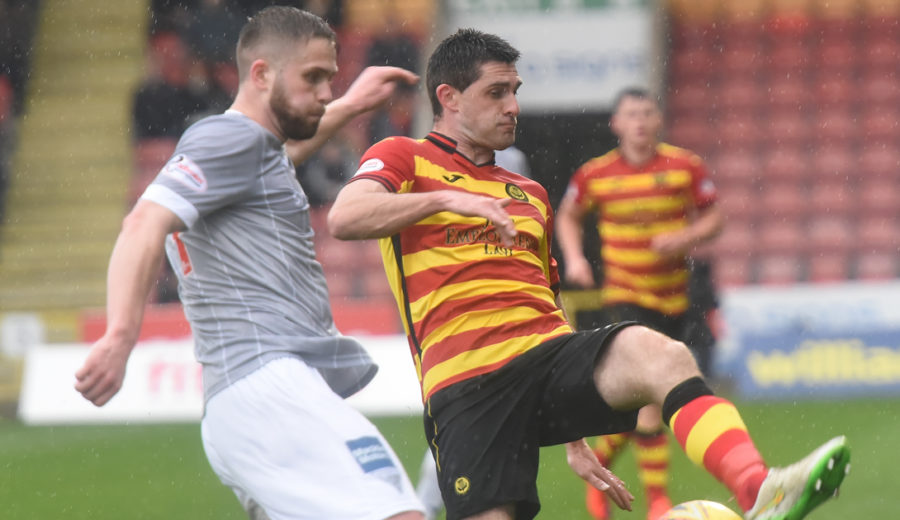 In Partick Thistle’s comeback draw against Dunfermline Athletic this past weekend, every player had to do their bit as the Jags battled back from a two-goal deficit to claim a valuable point.

The attackers in the side were chasing down every ball in an exciting second half as they looked to help Thistle secure an unlikely win. One of those forwards was experienced marksman and Jags Hall of Famer, Kris Doolan, and the number nine spoke to ptfc.co.uk following the final whistle:

“It was quite incredible; the way the game swung after about 25 or 30 minutes. We started the match very poorly and found ourselves two down with only ourselves to blame, but thankfully we picked it up towards the end of the first 45 and began to play a bit.

“Then coming out for the second half, it was us dominating things for near enough the full half, pushing for more goals and in the end we feel like we could have definitely won the match.”

Doolan was pleased to see his side pull one back before the break as he said it changed the mood of the team as they found themselves right back in things.

“The goal came at a good time. After that dreadful start, it gives us a bit of belief going into the interval and I think we could all feel that belief in the dressing room at half time. It showed in the second half. We knew there was still a chance to get a point, if not three.”

Kris thought that feeling that there was a win to be had on Saturday was summed up by the team’s reaction to the equalising goal with all the players rushing back to the half-way line to get the game restarted and try to get a winner.

“We were delighted to get that second because that wasn’t guaranteed, but once it went in there was a definite sense that we could get another. We’d been on top for some time and it felt like the momentum was with us but unfortunately we just couldn’t quite get that killer third.”

He also felt that the Thistle comeback shows an improvement in the team’s mentality compared to earlier points in the season.

“I think it shows a mental toughness that we’ve developed. We’re still not perfect and there’s plenty of work to be done but there’s definite progression in that regard. Earlier in the season, that game might have slipped away from us but we fought back and got what could be a very important point.”

Looking forward to Ross County, Doolan hopes the Jags can build on a good second half display and take the game to the Staggies in Dingwall.

“We can’t fear County. We’ve seen in recent weeks, they’re beatable. Alloa beat them recently and that should be all the proof we need that we can get three points as well. As we get closer to the end of the season, there are no games where we won’t be aiming to win and that includes going away to the league leaders.”

Further reaction from Gary Caldwell, Blair Spittal and Scott McDonald to the weekend’s 2-2 draw with Dunfermline is available to watch for JagZone subscribers – log in to see them now.