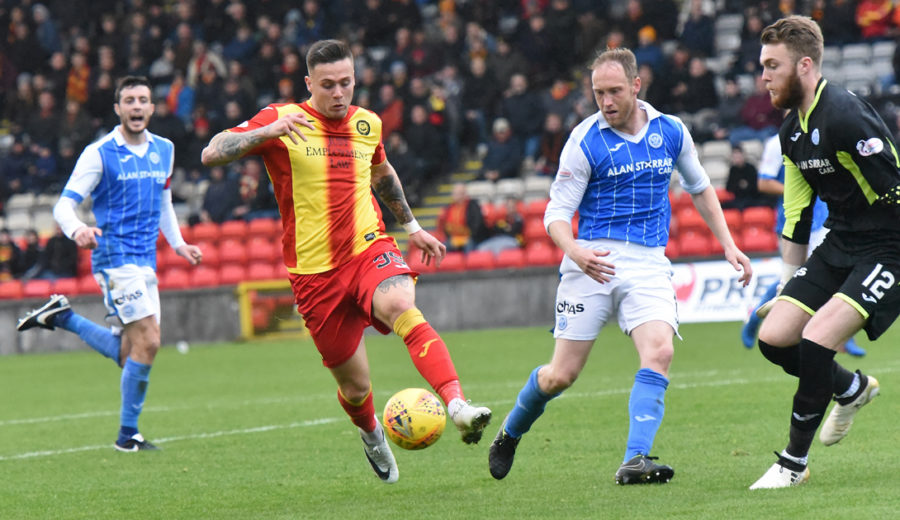 Storey delighted to be hero again

For the second Saturday in a row Miles Storey was the Jags hero as the striker gave Thistle their second win of the season, this time a 1-0 win over St Johnstone.

Storey was understandably happy at full time, speaking to ptfc.co.uk after the game he said:  “We are delighted with another win to cap off a good week. It was a scrappy game and we hung on towards the end but we got the three points and that’s the important thing.

“I think whoever scored the first goal was going to win the game and thankfully we got it. It shows how important the first goal is and especially against St Johnstone, it’s a bit of a theme between the two sides recently.

“They got the goal at their place earlier in the season and we couldn’t break them down and we managed to do it to them this time and get the points.”

“I was pleased to get another goal. Last week was special because I came off the bench and got it in injury time and I’m glad to have the winner again. I’m loving every minute of being a Thistle player. I’m enjoying living in Glasgow and I’m happy.

“That’s two goals now, I should maybe have three with the chance I missed at Hamilton but it gives me a start and hopefully I can continue to keep scoring.”

Miles admits confidence made a massive difference to getting the goal

“I didn’t know it was on, I made the run and my touch has helped open things up. As I’ve cut inside I’ve managed to cut off the defender and as the keeper comes out I’ve slid it past him.

“Maybe if I hadn’t scored last week I would have looked to pass it but I was feeling confident so I’ve managed to put it into the net. It just shows what confidence can do to a player and a team.”

While he scored the winner Storey was quick to heap praise on the defence who have kept their second clean sheet in a week.

“Credit to the defence, they dealt with every ball into the box and Tomas Cerny was excellent again. I’m really pleased for the defence, another clean sheet and they were excellent.

“It shows what getting that first win can do, we’ve built from there and it’s allowed us to move up the table slightly. Hopefully now we can build on it again and get some better performances, we’ve won the game but not performed as well as we can do that’s the next step to try and get the performance and the result.”

“We have a tough run of fixtures coming up but we go into them confident. You don’t know what you will get from Rangers but I think we should have beaten them in one of the two games at home so we will go there confident after a good week and give it a right good go and hopefully we can come away with three points.”

More reaction from Niall Keown and Steven Lawless as well as Jags gaffer Alan Archibald is available now to Jagzone subscribers. Log in now to see it.