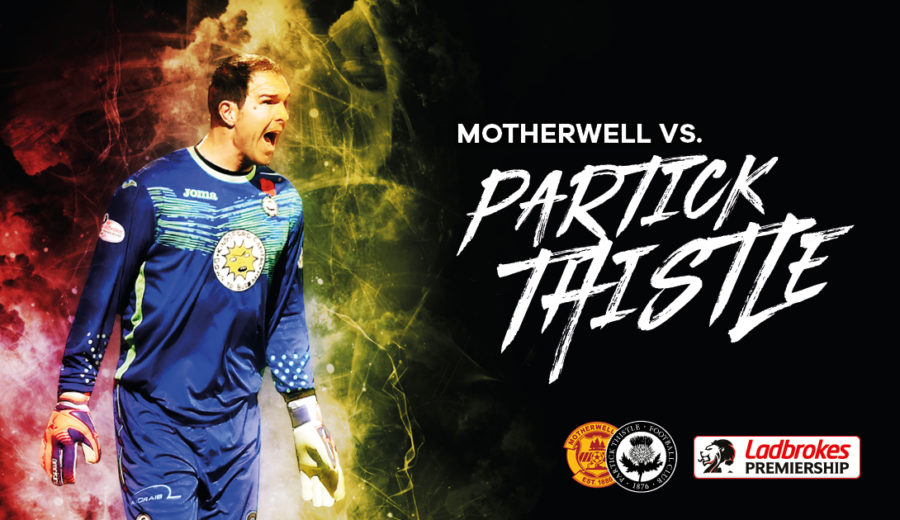 Stuckmann: Break has been put to good use

Thorsten Stuckmann is enjoying life between the sticks at Firhill. The big German has been involved in two wins and a defeat in his three appearances after coming in for the injured Ryan Scully and he is hoping to help the team to another three points against Motherwell on Saturday.

“We are all positive going into the game. We were on a really good run of results then were unlucky against Aberdeen not to take anything from the game. So we will take the positives from that game and go into the match against Motherwell confident we can get another three points.

“Not only have the results been good but performances have been good too so you want to go out and play like that and hopefully it will lead to the win.”

With the international break meaning no game for 15 days the players headed to Gleneagles for a team bonding break in readiness for an important fixture schedule in the run up to the January winter break. The goalkeeper thought it was a positive trip.

“After a defeat you always want to get out on the pitch straight away so the international break was frustrating but you just have to take it how it is and we put it to good use. We recharged the batteries a little and done some team bonding which was great for the team and will really help us going into this run of games

“We have worked hard during the break. We have a great team here with a lot of very good players. The table is very tight so we have to make sure we put a run of wins together so we can climb as far up the table as possible.”

After signing, Stuckmann had to bide his time before making his Thistle debut but now he has his place between the sticks he is hoping to keep hold of it with Tomas Cerny coming back to fitness.

“I’ve come here to play football. I’ve enjoyed the last few games and I’ve enjoyed every minute of playing for this team. You always want to play as much as possible, it’s unfortunate for Ryan that he got injured but I’ve got to take advantage of that with my work and my performances.

“I’ve only got a contract until January so I know I have to train and play as good as possible to then hopefully extend it. I’m enjoying it here and want to play as much possible. I want to show what I can do and perform as well as I possibly can.”

“We have a number of good goalkeepers at the club, it’s good to have competition. I’m 35 now so I’m used to it and it helps drive you on. We all work hard but we have fun together too and get on well. Goalkeepers are always a close group and it’s great to train together and with Kenny”