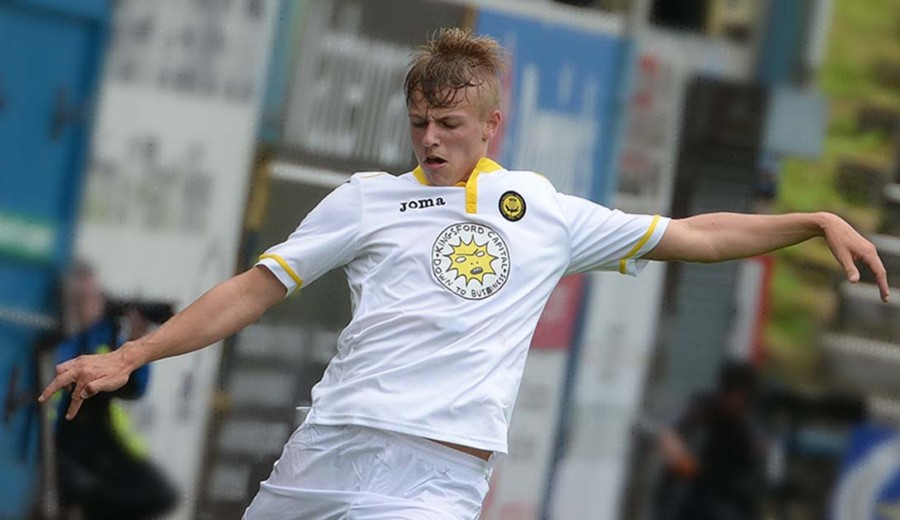 Last night’s Betfred Cup victory over Stenhousemuir was notable for a number of reasons. Not only did it place Thistle on the cusp of qualification for the last 16, but young defender David Syme made his competitive Jags debut. Ptfc.co.uk caught up with the youngster on the bus home after the game to see how it felt to make his maiden Jags appearance.

It was brilliant to make my competitive debut for Thistle. It was a good game to play in. We had a spell midway through the second half where we struggled to get going again, but once we got the third goal with around 10 minutes to go, we settled down and saw the game out.

Some of Thistle’s play in the opening 30 minutes was outstanding and David felt the Jags play deserved more goals.

“I think we should have had a couple more goals in that opening spell. It was all down to the top class movement of the strikers. Pogs was a handful for their defence and from my point of view, to have a player of his size leading the line makes it easy for me. It provides an easier out ball for us at the back.”

Stenhousemuir made it a nervy few minutes when they grabbed a goal back, something Thistle’s number 21 thinks was very preventable.

“It was of a loose moment after a corner. We should have defended that a lot, lot better. A goal is a goal and it got them back in the game. Thankfully though we managed to head up the park and add another couple of strikes to our own tally.”

Thistle kept up the 100% record in the group stage and David knows the momentum generated with the winning feeling could be crucial.

“It was always good to get a win in this competition. I know a lot of people have compared this to an extended pre-season but I’ve been treating every game since the Morton friendly, like I would a Premiership game.

I think we are very close to qualifying. We know that a win on Saturday will give us a seeding in the next round so we’ll be looking to close out the second with a 100% record.

Finally we asked the youngster how his first month has been at Firhill.