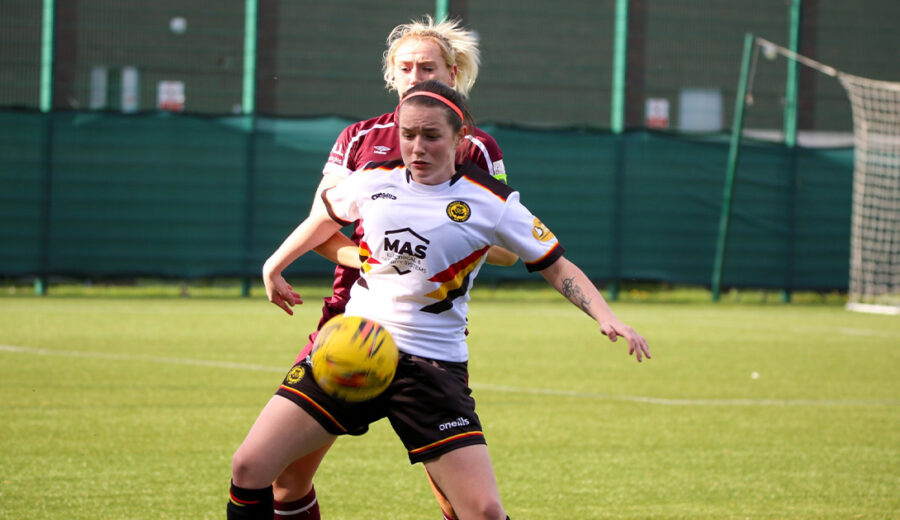 Taylor Fisher commits for another season

Partick Thistle Women’s FC is delighted to announce that Taylor Fisher is the latest member of the squad to agree a deal for the 2022/23 season.

The striker is one of the newest faces in the Thistle squad having only arrived at the club in February, making her debut as a trialist in our 1-0 win over Hamilton Accies at the Fountain of Youth Stadium.

She spent the first part of the season with Glasgow City where she had been a youth player before making the step up to first team football last year.

In the early knockings of the 21/22 season, Fisher scored three goals for City featuring in the SWPL 1 and UEFA Women’s Champions League.

As a Thistle player, Taylor made 12 appearances towards the end of the season including four starts and can now look forward to more games in red and yellow as she commits to the club for 2022/23.

PTWFC manager Brian Graham said:”Taylor is a young player with an exciting future. She came to us mid-way through the season and we got to see some of the attributes that she can bring to the team.

“I’m looking forward to having her for a full pre-season and working with her, it’s up to her now to work hard and fulfil her potential”

Taylor Fisher said: “I’m really excited to be coming back for next season. Joining Thistle for the second half of the season really brought back my love of football so I can’t wait to get back in with the girls and continue to learn from Brian and the other coaches”