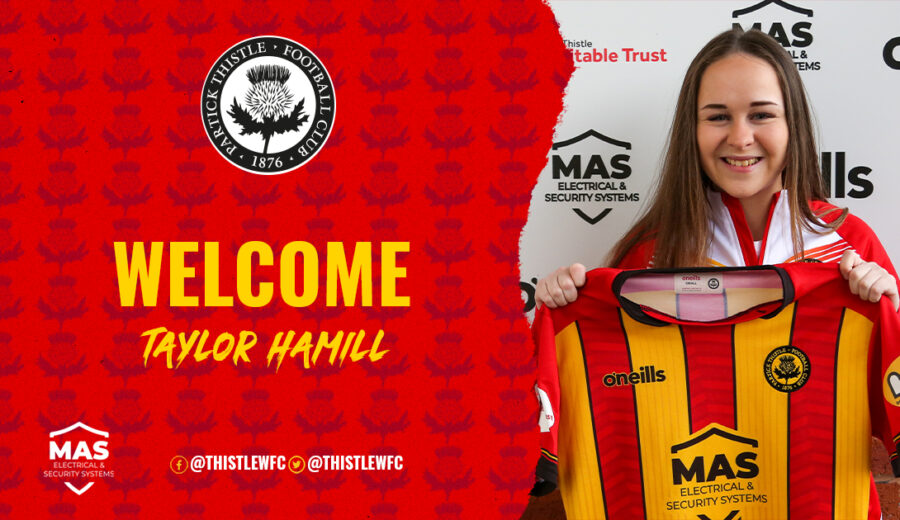 Partick Thistle Women’s FC is delighted to announce the signing of midfielder Taylor Hamill following a period on trial with the club.

Hamill has previously played with Glasgow Women and Hearts also had spells with, Celtic and Glasgow City but now joins the Thistle squad to bolster Brian Graham’s options in the attacking areas.

Taylor, who is a former Scottish youth international, has featured as a trialist in the Jags’ two league games so far this year against Motherwell and Celtic and now officially joins the team as we get stuck into the second part of the SWPL 1 season.

Manager Brian Graham said: “Taylor will bring something a bit different to the squad. She has pace and a lot of tricks in her locker and I think she’ll be really exciting for the fans to watch. She’s impressed in both her trial games so far and will offer us more options and extra creativity at the top end of the field.”

After joining Taylor said: “I’m really happy to sign, I’ve enjoyed being with the team for the last few weeks and everyone has been so welcoming. It’s a great squad, I’m looking forward to trying to score and create a few goals and help the team up the table between now and the end of the season”