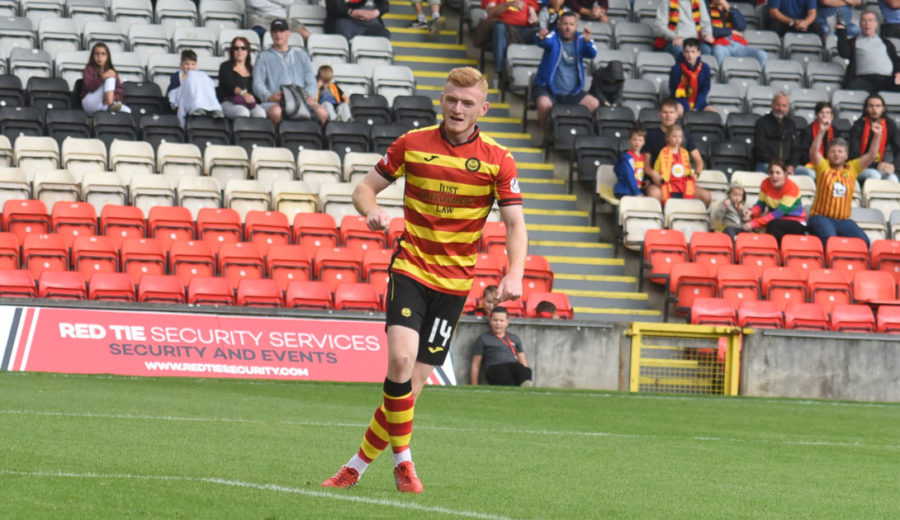 The 2-0 defeat left Thistle hoping other results went our way for us to make it through to the next round and the midfielder knows we only had ourselves to blame for a nervous 24 hours.

Speaking to ptfc.co.uk after the game, he said: “It wasn’t good enough, we didn’t perform, we didn’t play well at all.

“Perhaps the three games so far have been too easy, we’ve played some nice football but today was a wake up for us.”

Ayr took the lead after only five minutes and Thistle struggled to get back into the game before Ayr scored again in the second half. Gordon knows we have to be better.

The loss meanst a Hearts win by anything less than a four goal margin would have sent Thistle out the competition and that disappoints Shea.

“We’ve left it out of our hands, we had to hope we’ve done enough but if we haven’t then it’s all our own fault, we had the chance to make sure we went though and didn’t do enough. Thankfully the result went for us and we have an exciting tie to look forward to in the next round.”

Next up is the League campaign starting, with Ayr the opposition again in league business. Shea knows things have to be better next week

The Thistle number 14 knows it’s important to go out and be better.

“We have another chance against them in the league next week. That’s our chance to go out and put things right. We were too nice to them, we let them walk all over us and we can’t do that. We have to go out and change that next week.”

More reaction from Chris Erskine as well as Jags gaffer Alan Archibald is available now to Jagzone subscribers. Log in now to see it.

Shea will be here for the next big moment – will you? 2018/19 season tickets are on sale now – buy yours here.