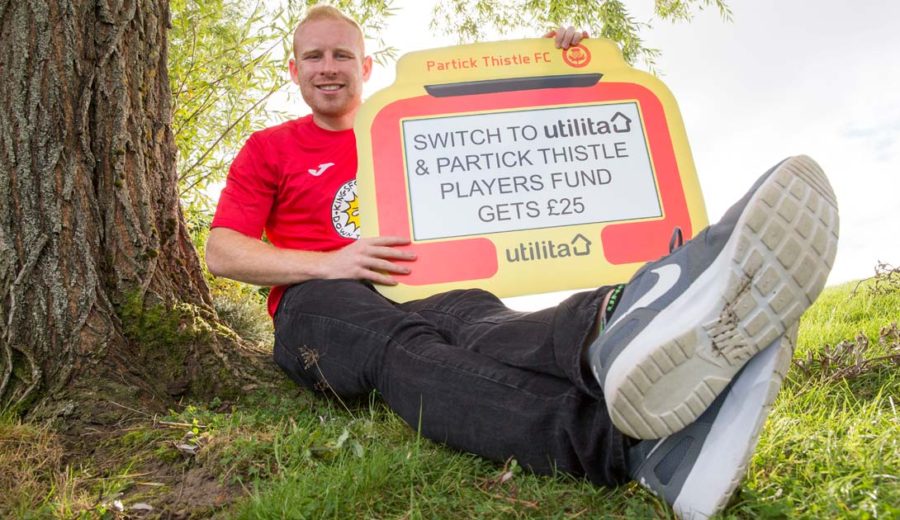 Partick Thistle’s official energy partner, Utilita Energy, has confirmed it will hold its prices throughout the winter.

Utilita Energy partnered with the club earlier this year, and for every Jags fan who switches to Utilita Energy the club receives £25 which will be ringfenced for Thistle boss Archibald’s transfer kitty.

Every fan can also look forward to receiving a free industry-leading smart meter AND limited edition exclusive Jags-branded cover* for their In-Home Display. 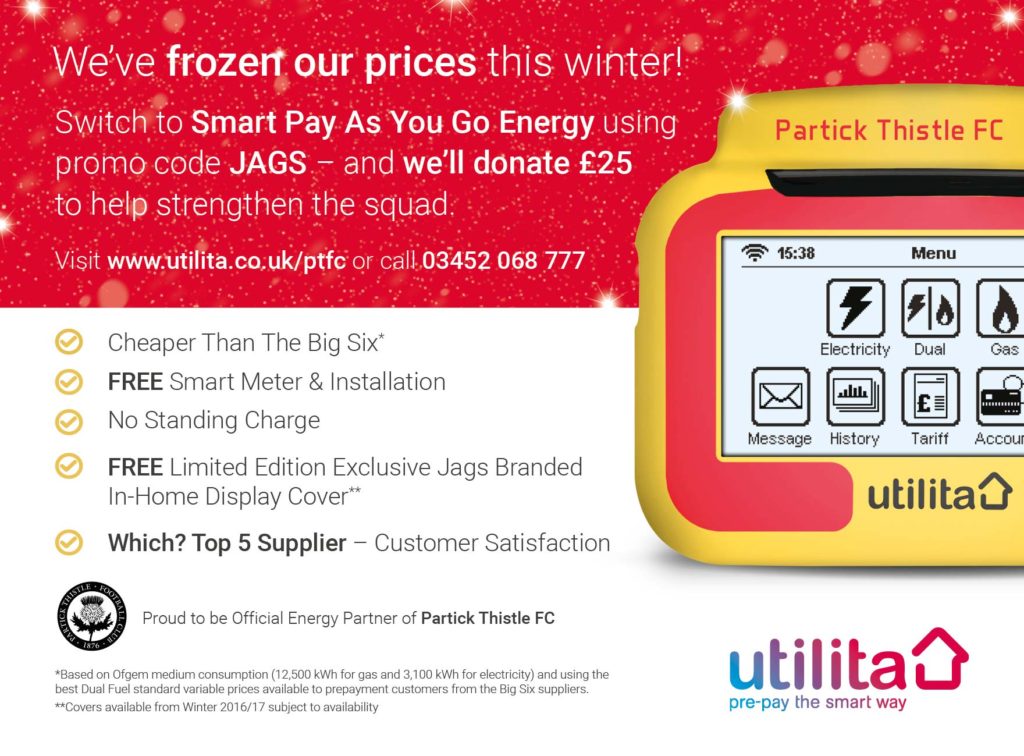 The rising challenger brand recently celebrated reaching 450,000 customers – up from just 200,000 in July 2015 – by reassuring them it will freeze ALL of its gas and electricity tariffs until at least April 2017.

“We do all we can to give our customers the fairest deal possible so I am delighted we can reassure them they will not be paying more this winter – we will continue to do everything in our power to help Britain’s hard-pressed families,” said CEO Bill Bullen.

“We have seen many other suppliers – large and small – increase their prices in recent weeks, creating uncertainty and fear for many of their customers. Utilita’s customers will not have those same worries this winter.”

Smart Pay As You Go provider Utilita has held a Price Commitment aiming to always be cheaper than the Big Six since 2008* – cutting its gas prices five times since 1 January 2015. Its last price rise came as far back as August 2014.

Thistle fans can sign up now by going to www.utilita.co.uk/football/partick-thistle  and typing in the promo code ‘JAGS’ when switching – or call 0345 206 8777 and quote ‘JAGS’.