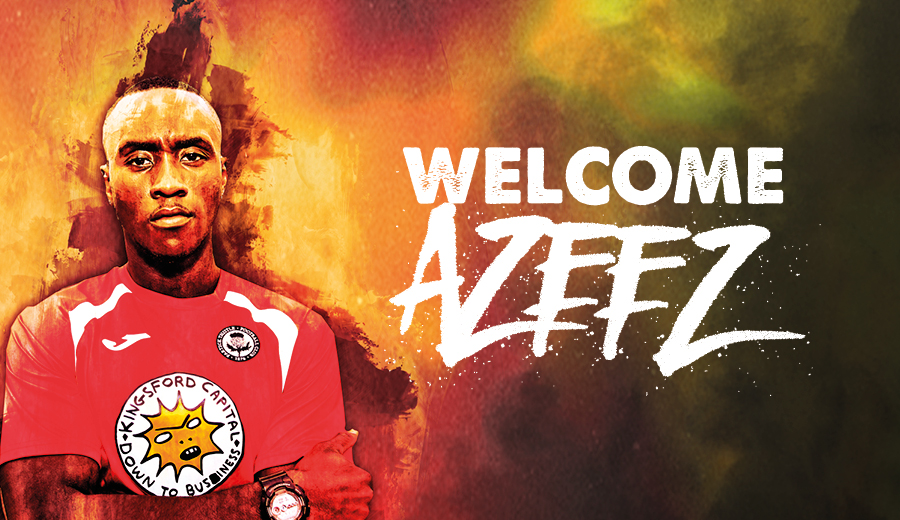 With the days ticking down until the pre-season schedule for the 2016/17 campaign gets underway, manager Alan Archibald has been working hard to add more players to his squad for the season ahead.

This afternoon we are pleased to announce that he has managed to secure the signature of Ade Azeez, or Adebayo Linford Kazim Azeez to give him his full name, on a pre contract agreement.

The 22 year old attacker, who has signed a two year contract, will officially join the club on July 1st, following the expiry of his contract with AFC Wimbledon.

Ade, who won three caps for England under 19s in 2012, began his career with Charlton Athletic making just a single appearance for the club in an F.A. Cup tie. As a teenager he enjoyed several loan spells to gain experience playing for Wycombe Wanderers, Leyton Orient, Torquay United and Dagenham & Redbridge on a temporary basis.

In the summer of 2014, Ade joined AFC Wimbledon on a two year contract with the speedy attacker scoring his first goal for the club against Stevenage in August 2014, going on to make 50 appearances for the club during the 2014/15 season.

Last season was a frustrating one for Ade with the bulk of his appearances coming from the substitute’s bench as Wimbledon won promotion to League One via the playoffs. Ade appeared as a late substitute in the Wembley final, winning an injury time penalty for the Wombles to put the seal on their 2-0 victory over Plymouth Argyle.

All at Firhill welcome Ade to the club and look forward to watching him in action over the coming seasons.