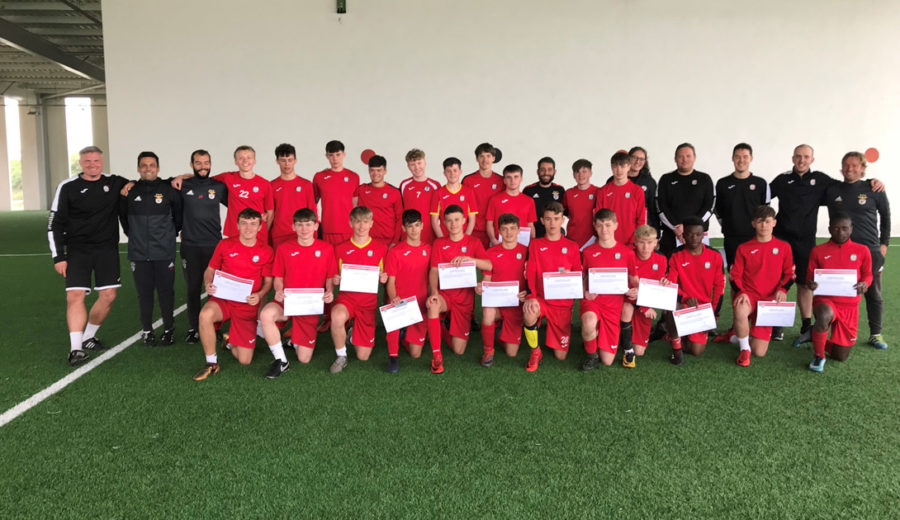 A group of Thistle Weir Youth Academy players and staff have just returned to Scotland after spending two weeks working with Benfica to experience life with the Portuguese club.   The players trained like Benfica players with exclusive access to the club’s facilities and the coaches spent time with their Portugese counterparts to share knowledge on player development methods.

In the last three years alone, Benfica have made more than £230m from selling academy products.   The training complex is an impressive environment for player development with nine pitches, 20 dressing rooms, three gymnasiums, two auditoriums and an innovative ‘360’ football simulator used as part of the Benfica Lab – a scientific approach to player development where players are tested for aspects such as speed, reaction, vision and technical ability. 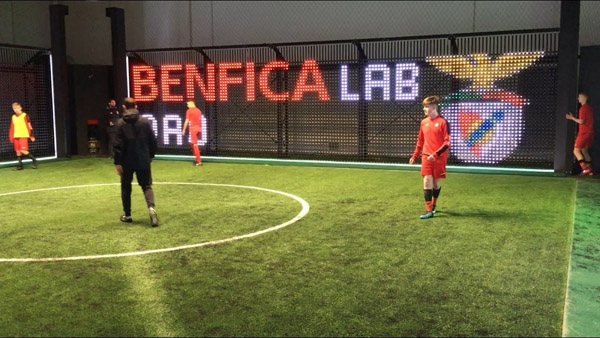 The club has a clear pathway for players to develop with all youth sides playing the same formation and playing the same style of football from the youngest levels to the first team.   They have a ‘B’ team who play in the Portuguese lower leagues.  This side consists of 16 academy graduates who are playing against experienced adult players every week to prepare them for the first team.  Winning is high on the agenda, and players are taught from a young age that at a club like Benfica you are expected to become a winner.

Over the two-week period the players participated in a training programme that replicated the schedule of full time Benfica players.  They also played in three friendly games and enjoyed several cultural excursions in Lisbon and the surrounding areas. The experience is something that Head of Youth Programme Scott Allison hopes will have a positive impact on the players as they return and also on the staff who travelled with the group.

“The training sessions the Benfica staff put on were first class and I’m sure all of our players leave Portugal as better footballers thanks to the quality of training they have enjoyed.  Our staff team was also made up of coaches who work at all levels in our academy and we were able to observe Benfica teams training at all levels and watch a few games also.  We saw the first team, B team, 19s, 17s, 14s, 13s and junior academy teams during our stay. We saw a lot of stuff that is similar to what we do currently but also many great new ideas that we can take back. In our discussions with the Benfica coaching staff they saw similarities in what they do and what we are trying to do in Scotland. They were fantastic in sharing many great ideas for us to take and implement in our academy.   Hopefully what the coaches have learned can be taken back and implemented to improve how we work at all levels so the benefits of this trip can be wider to our full academy as we continually strive to provide the best possible learning environment for our young players.” 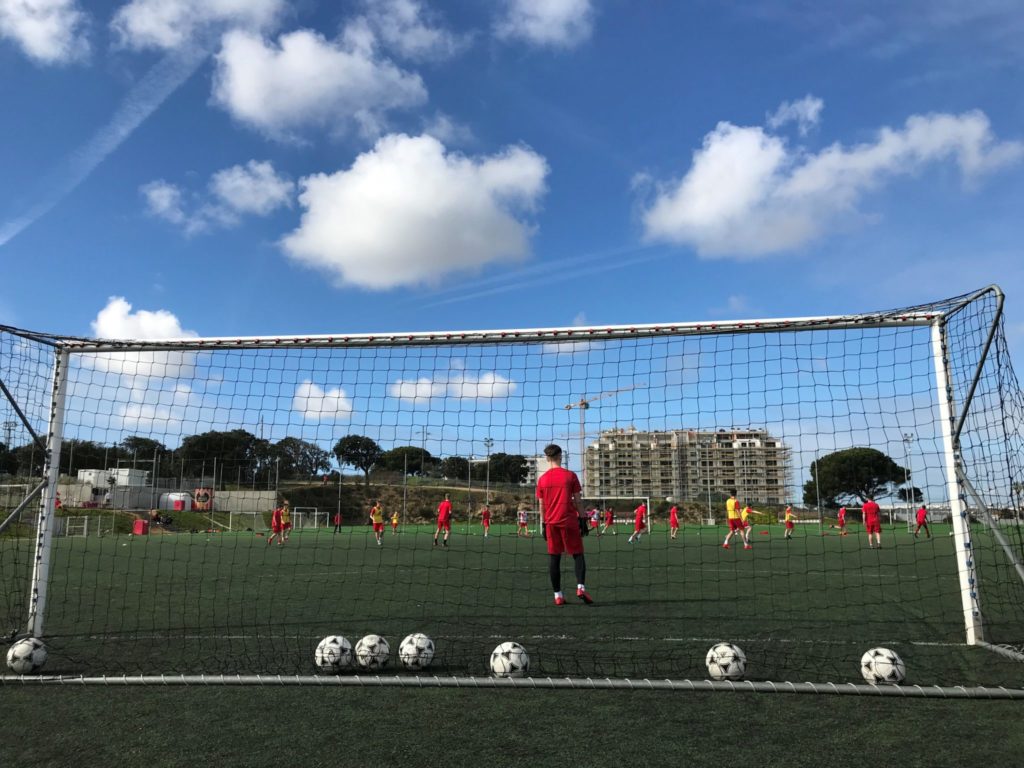 So what then are the main differences between the youth academy at Thistle and successful academies overseas? Scott has been part of several recent overseas visits including the latest one to Benfica and believes there are a number of ways Scotland can learn from the approach on the continent.

“We have been fortunate in the past few seasons to take our players and coaches to places like Spain, Turkey and Scandinavia and but the chance to experience life at Benfica for a fortnight was something very special. They treated us like their own players and staff and it was a phenomenal experience for every one of us on the trip. The levels of respect shown to us by the Benfica coaches and players was something I hope our young people learn from. Everywhere we went on the complex we felt welcome, whether it was the first team manager and players stopping for a chat or an under 13 player walking past in a corridor and saying hello in English. Respect and professionalism in everything you do is one of the first lessons our players can take back from this trip. I would like to see our young players show a similar level of respect whether they are speaking to coaches, supporters, kit men, kitchen staff or anyone working at the club. They should do it with a level of respect when they are representing our club and this is something our boys can take back and implement in their daily lives.” 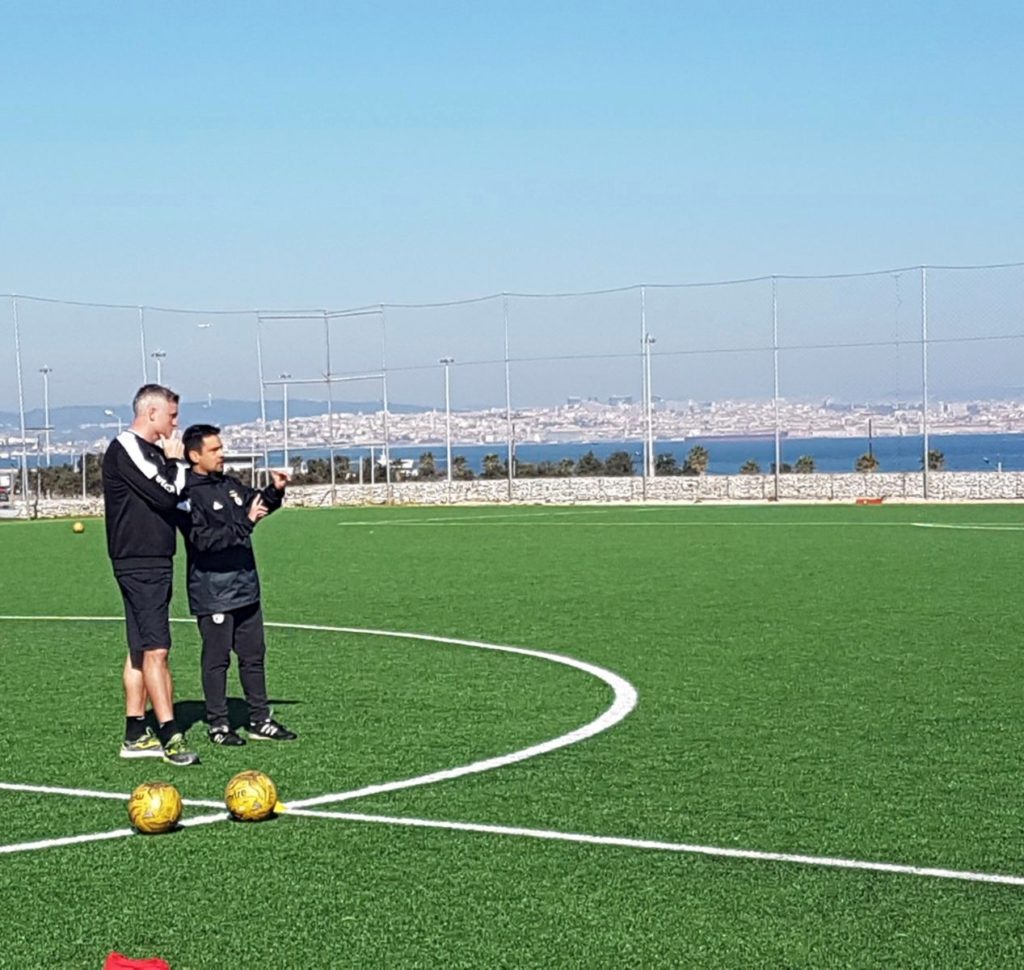 Culture is something that is often overlooked in player development. There has been great debate in Scotland about youth development competition structure and how many players become first team players and Allison believes there are many lessons that can be learned from what is happening at places like Benfica.

‘Recently in Scotland there has been a lot of talk about developing a best v best competition structure. There is a new direction for clubs to follow in Scotland and hopefully it works long term.   What has been interesting on this trip, and also when we visited Spain, was that top academies in these countries play against local sides much more than we do in Scotland.   There is no real concern about who you play at the weekend, the focus is more on what happens during the week and how players live their lives.  The player development process is more important than setting up a team to play against the best team in the area on a Saturday.

“There is a different mindset in these countries compared to what we have in Scotland.  They put the hours in because they know it will get them to the top level. The youngest kids train for a minimum of twelve hours per week structured and unstructured. They see food as fuel rather than eating to enjoy the taste.   They value their education and many young players can speak more than one language because they understand that this will help their future employment opportunities.   These are all areas that I believe young players in Scotland have to improve on. The culture in Scotland is different but our young players need to realise to be top level this is what top level players are doing.”