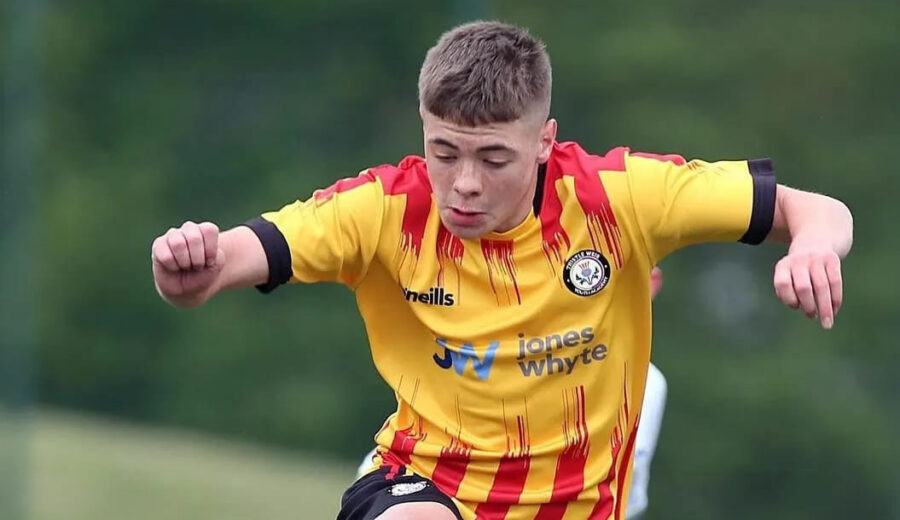 The 16 year old joined the Thistle Weir Youth Academy as a 9 year old in 2014 when he was part of our under 10 pre-academy squad. Cammy has progressed right through our Academy and has spent the last season featuring regularly for our under 18 side.

Cammy’s progress had not gone un-noticed and international recognition followed for the youngster. He was called up to the Scotland under-17 squad for European Qualifiers in March netting a stunning strike on his debut, helping Scotland to qualify for the finals tournament. Cammy was selected as part of the squad to travel to Israel as Brian McLaughlin’s squad competed against Europe’s best.

All at Partick Thistle Football Club and the Thistle Weir Youth Academy wish Cammy all the best as he continues his footballing development.

Thistle Weir Youth Academy Director, Paul McDonald, said: “Cammy leaves our Academy with the best wishes of everyone who works within the Academy. It is down to the hard work that Cammy has displayed that has given him this opportunity but it is also a day of pride for our team of coaches who have worked closely with Cammy since he joined the Academy almost ten years ago.

“With Ben Stanway and Zander MacKenzie stepping up into the first team environment within Firhill, that is now three of our under 18s side from last year moving into professional football. The example of all three shows the pathway that is on offer here at Partick Thistle and we’ll continue to work hard to develop young talent that can break into Ian McCall’s first team squad.”