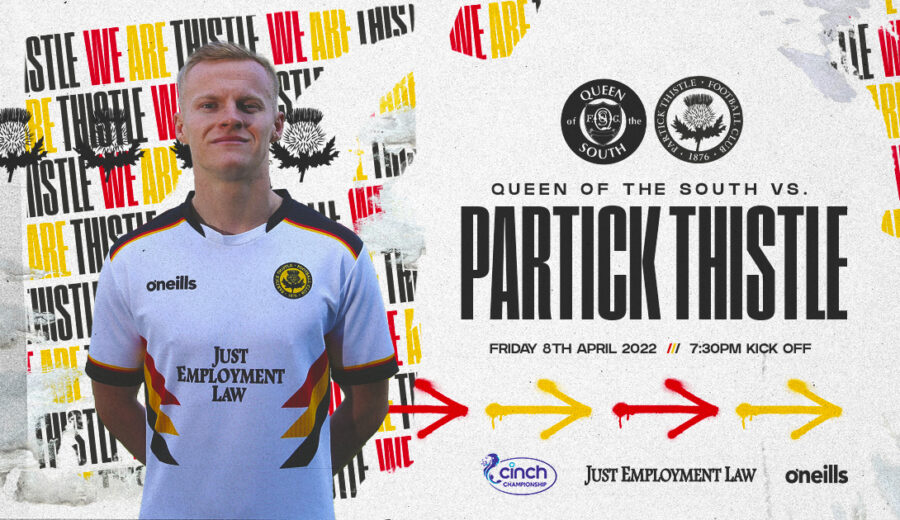 Tiffoney: We’re looking to get back to our best

Following a draw against Arbroath at the weekend, Partick Thistle go back on the road to Palmerston Park for some away action against Queen of the South. Thistle midfielder Scott Tiffoney say down with ptfc.co.uk to preview the game and share his thoughts ahead of the fixture.

“Obviously, we’re on a bit of a bad run right now but we’re hoping to put that behind us. The team are always high in confidence but right now we’re not playing as well as we should be and we know that has to change.”

Reflecting on the weekend’s draw against Arbroath, Scott felt the performance was a step in the right direction for the Jags.

“I think it’s a more positive result than we’ve had recently. I think the pitch on Saturday kind of killed the way we wanted to play and we just had to play the way we have to at home now, but after losing four in a row to just draw the game against Arbroath who are second in the league so it’s definitely a more positive result but we wanted more.”

Following a recent spell of injuries and illness for the team, Tiffoney says it’s been good to see more and more players making their way back to availability.

“It’s definitely having a positive effect for everyone. If you look back a couple of weeks it was myself, Brian Graham, Alex Jakubiak and Robbie Crawford and I think that’s four of the attacking players in the team and I thought it was kind of hard on the boys without us, but now that we’re all back I think we’ll all feel fresher the more games we play and I think we’re all coming back at the right time, hopefully come Friday we can prove that.”

Raith now sit three points behind the Jags with four games to go but the winger reckons that having someone breathing down their necks should be a challenge the team enjoy.

“If you asked any team in the league coming toward the end of the season if there would be pressure the answer is always yes, but I think it’s always a good thing, I know certainly for me the pressure of games having to be won is really good. I enjoy it and I’ll speak for the boys when I say I think they’ll enjoy it too and I’m sure most people will enjoy it at this time of the season because everybody has something to play for and we’re fighting for the playoffs then if we get the playoffs then we’re fighting for promotion.”

The game is being broadcast live by BBC Scotland at 7:30pm.