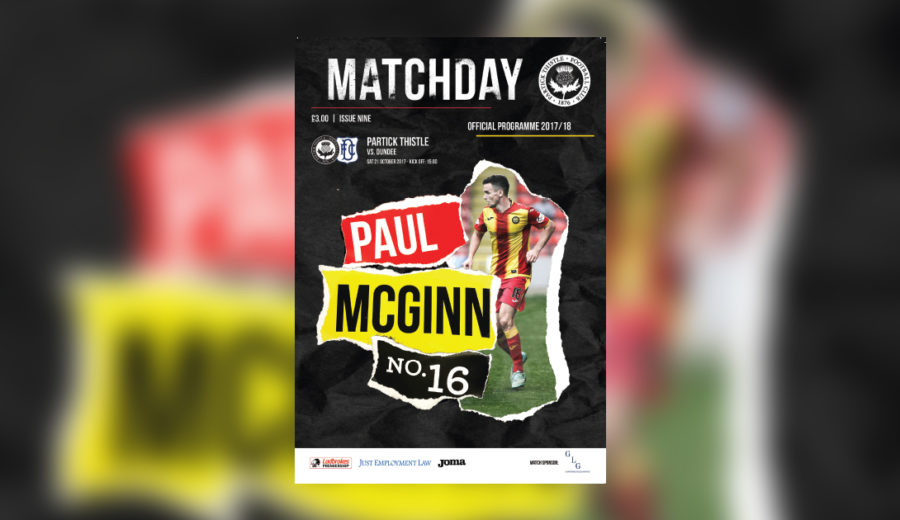 Tomorrow sees Saturday afternoon action at the Energy Check Stadium at Firhill for the second weekend in a row as Dundee travel from Tayside to Maryhill for a crucial Ladbrokes Premiership fixture. Thistle will be looking for a response after two successive defeats against Motherwell and then Kilmarnock. In tomorrow’s match programme, Jags defender Paul McGinn speaks exclusively to programme co-editor, Christopher Dobie, about his arrival at Firhill, the full-back injury curse, playing at left-back and more.

“It’s difficult to put your finger on exactly what went wrong in our last two matches. There are probably a lot of different factors involved. Confidence probably plays a role in the Killie game because of how bad we were against Motherwell. However, we can’t use that as an excuse because Kilmarnock were in an almost identical situation. We’ve had two really bad days and we want to learn from those performances as well as getting past them as much as possible.”

Read the full and exclusive interview with Paul McGinn ONLY in tomorrow’s official matchday programme which will be available for purchase from our programme sellers around the ground.

Also inside this week’s issue, priced at just £3: