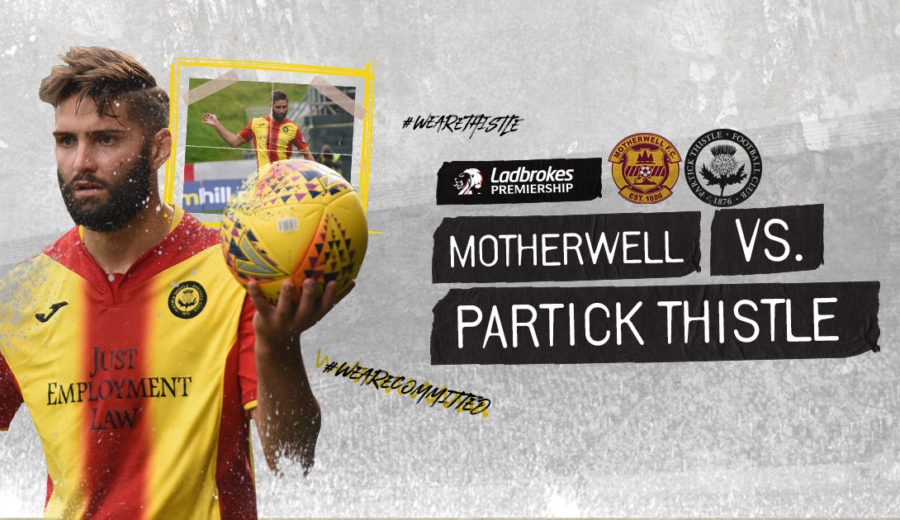 Turnbull holding out for first win

Jordan Turnbull is hoping Saturday is the day Thistle can turn draws into wins as they visit Fir Park to take on Motherwell.

Thistle have drawn their last three league games against Ross County, Rangers and Hearts and now the defender is hoping to go one better on Saturday.

Speaking to PTFC.co.uk he said: “We are confident going into the game. We’ve got a confident bunch of lads. We have had a difficult run of games but we feel we have been performing well and we are getting better each week.

“We know we need to get that win on the board, we were close on Saturday and felt we defended well and were a threat at the other end but we couldn’t quite get the three points.

“We are aware of the table and the circumstances, we need to pick up points, we are fully aware of that. However we feel the performances we are putting in, if we continue performing like that then the points will come and hopefully start flooding in.”

Late goals have again cost vital points and Jordan admits it’s something they need to fix as soon as possible.

“We are feeling good, we’ve not let our heads go down, but I think maybe that first win will maybe let us relax a little more, especially towards the end of games. We go ahead in a lot of the games and we’ve let it slip late on. Maybe we are wanting that win too much and get uptight, but I think once that first win comes then it can make all the difference.”

Turnbull is hoping for a clean sheet to go with that first win and despite knowing it’s in a big way down to him and the defence, the rest of the team are hoping to pitch in too.

“I think as a team we are keen to keep the clean sheet. It’s not just the defenders, we defend well as a team and the players up top do their bit too. Hopefully that can come with a win on Saturday.”

Motherwell have started the season brightly but the Thistle number 4 feels it’s about putting our game onto Motherwell, and forcing them to worry about us.

“Motherwell are big and physical and we know what threats they pose especially at the front. We know what we need to do but we need to concentrate on ourselves. They won’t give us time on the ball and won’t let us pass it about and we need to make sure we do everything well and make sure we create chances and make them worry about us.”

Not even the first quarter of the way into his loan season at Thistle, Turnbull is enjoying life in Glasgow

“I’m really enjoying myself here, I settled in really quickly and got into the team early and I’ve had a good run of games. Everyone is great, the manager and all the staff are brilliant and we have a great group of lads here which has made everything really easy and enjoyable for me. ”

He also has special praise for the fans who have been great since his arrival.

“The fans backing have been great, it’s brilliant to get praise from the fans and it helps you play better. The fans have been great to the entire team, we’ve not had the best of starts but they have really backed us and encouraged us. They stick behind us and that’s important for the team.”

More exclusive preview interviews with Chris Erskine, Niall Keown and Jags gaffer, Alan Archibald are now available to Jagzone subscribers – log in now to see them. Jagzone members will also be able to watch highlights of the game from midnight.

Can’t make it to the Fir Park? Jagzone members can listen to live audio commentary of the match. JagZoneLIVE begins at 2:30pm on Saturday.