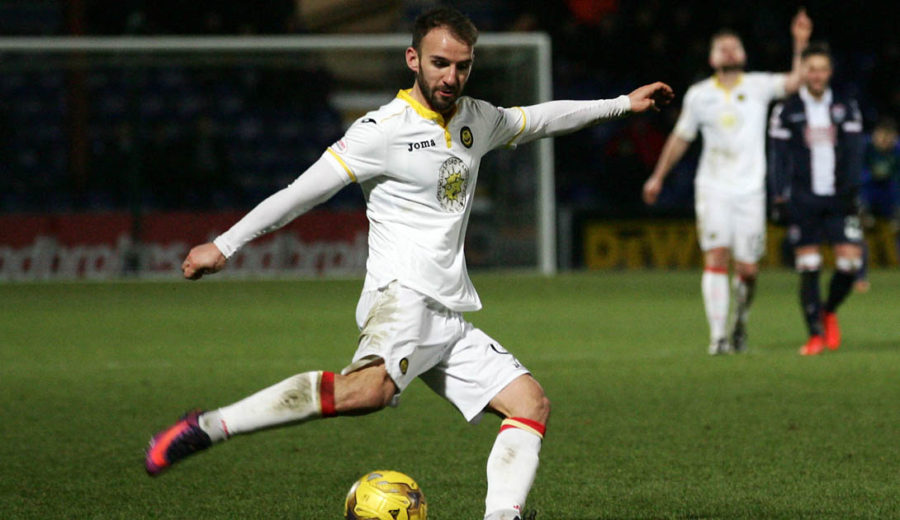 He might not have got himself on the scoresheet but few would argue that Sean Welsh had a massive influence on Thistle’s 3-1 victory over Ross County on Friday night. Welsh provided a pinpoint cross for the first goal and was a vital presence in midfield throughout the 90 minutes. Sean spoke to ptfc.co.uk on the way back from Dingwall to give us his thoughts on the game.

Sean said: “It was a massive victory tonight. We knew how important it was to get the win and I think you saw at the end just how much it meant to the boys out there. It gives us a great platform to go an build on going into the final two games of the year and we just need to make sure we keep it going and head into 2017 all guns blazing.

“It was a bit of a battle out there tonight and the conditions didn’t help. We know exactly how County set up though and we battled well from the start. I think we matched them in every area today, got on top of the game from the start and we were good value for our win.

“I feel like I’ve played well recently and I relish those games where it is a bit of a battle. I feel fit and strong and it felt like as a team we were on the front foot from the start today.”

Welshy’s corner to Lindsay was what got the scoring started for the visitors and it’s an area he has clearly worked on.

“The manager was on at me a lot last season to improve my corners and I’ve worked hard on them. Hopefully that showed tonight. It’s great to have Big Liam in the box to aim for as well though. He has been superb in those situations this season and it gives us something different and another outlet for scoring goals.

“We haven’t always been a danger from set plays in previous seasons but now we look a real threat and we got two goals from crosses tonight which is brilliant. It’s a great asset tohave and long may it continue.”

The accusation of profligacy in front of goal has been levelled at Thistle so far this season but, with three different scorers in Dingwall, Sean is confident the goals will come.

“The criticism is fair enough because we have created bags of chances and just haven’t put them away. It’s frustrating for everyone, especially us. Tonight we’ve taken our chances well though and hopefully that’s our luck in front of goal turned.

“We’ve got a couple of massive games against teams around us coming up next. I think it’s unfortunate because we’ve put a bit of extra pressure on ourselves by not picking up points against the bigger teams when maybe we should have done. The next two games give us a massive chance to go and build though. If you win three games on the bounce it can make an absolutely huge difference to your season and that is exactly what we will be looking to go and do now.”