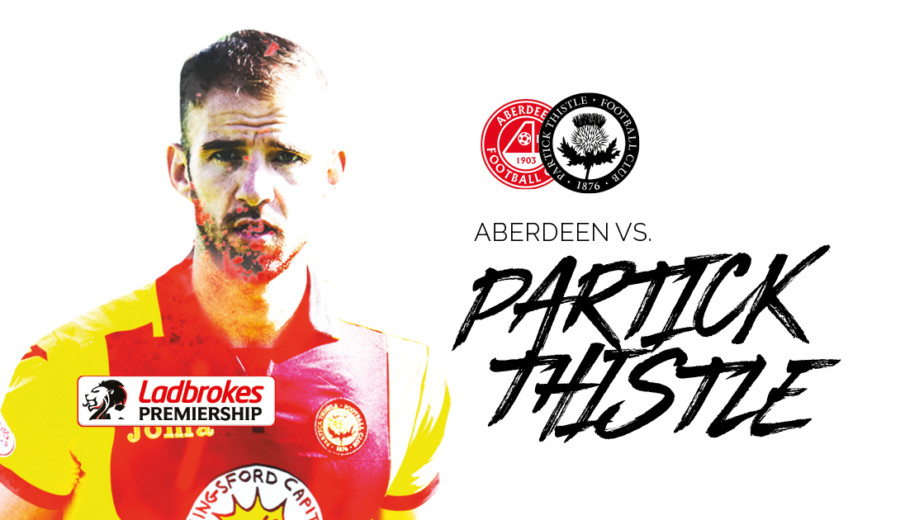 Welsh looking to get going again

Sean Welsh is looking forward to picking the league season back up after a weekend off due to the postponement of the match against Celtic.

“The break can be looked at both ways. It gives some of the boys who have had knocks some time to recover and gives others a little extra time training but it’s the start of the season and you want to try get a bit of momentum going as soon as possible.”

While the league season started well, it was followed by a poor showing and defeat against Dundee United but Welsh knows there can’t be a repeat.

“We’ve started the season well in the Betfred cup and got the win on the first day of the Premiership season but the Dundee United game was hard to swallow. However, we’ve got to learn from it, it’s behind us now. It was a bad night and we need to make sure it doesn’t happen again. ”

The Thistle number four is expecting a tough test against an Aberdeen side who finished second last season.

“Everyone knows that in their day that Aberdeen are one of the best teams in the league. Pittodrie is a tough place to go but we’ve had a good record up there recently and we usually give Aberdeen a game, so we’ll be looking to do that again. We know to do that we will need eleven performances out there but we will do our best to do that.”

The Dons have failed to win so far this season with two goalless draws to their name and Welsh knows we have to be on our guard early on.

“I’m feeling fantastic; I’ve had a good pre-season again this season which makes the world of difference. I feel like I’ve started the season well and can hopefully continue that for the rest of the campaign.”

“I’ve scored a few penalties this season but i want to add a couple from open play. I don’t score many goals but it’s an aim. If I can get two or three, I’ll be happy. If players all over the pitch can get a share in the goals, it helps the team and makes it a little easier on the strikers. I think I need to work on my shooting a little. I think if you can keep them on target then deflections happen or goalies spill them so that’s what I’ll be trying to do. I think I’m getting closer!”

Sean is enjoying his role in the midfield with Abdul Osman, a position which sees him heavily involved at both ends of the pitch.

“Me and Abdul are in there to help keep things solid. Abdul sits there and does what Abdul does, he’s excellent at what he does but I’ve got a little of both to do, try and keep things solid but try and get forward when I can and get into the box.

“It’s an enjoyable role, you get a bit of both worlds and influence play at both ends, you want to be involved as much as you can and if I can add a few goals them it would be ideal.”