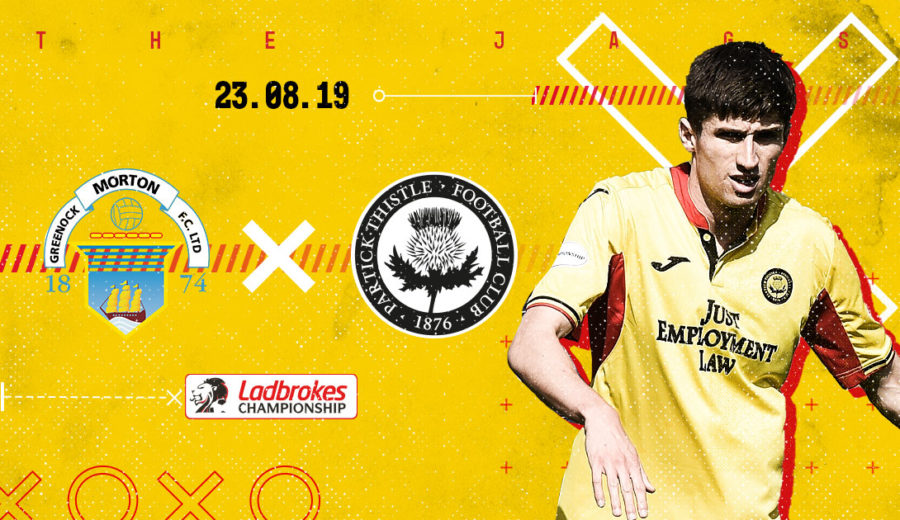 Ryan Williamson is keen to build on the momentum of the Betfred Cup victory over Ross County by picking up Thistle’s first league win of the season.

The Jags travel to Greenock to face Morton in a match under the Friday night floodlights and the Thistle defender knows they need to build on the win on Saturday.

Speaking to ptfc.co.uk he said: “There is no point doing that against a Premiership team who have started the season well and then not going out and doing the same against Morton. It’s important we continue to work hard and go out and get the three points we need in the league.

“After the result and performance on Saturday it’s given everyone a massive boost and we’ve been flying all week in training.

“It was a hard-fought game, but I think it was one we deserved to win, and everyone has come in this week with a smile on their face. Now we need to take that into Friday night.”

Despite only losing one game Williamson admits the start of the league season hasn’t gone exactly to plan but hopes the corner has been turned.

“The start of the league campaign hasn’t gone how we wanted it to so far but it’s only two games and we now have the opportunity to use the Betfred Cup win as a springboard into the league starting Friday night.

“The manager said in his pre-match team talk before the Ross County game that it was the best week of training he’s ever had, and I think it showed on the pitch. So, we’ve had another week like that and hopefully we can show that on the pitch again come Friday.”

It’s Thistle’s second live TV league game in a row and the Jags number 2 is hoping to do better than last time out against Dundee United.

“We are feeling confident and we’ll be ready on Friday to go out and put on a performance and get, what will be, a big three points.

“The second half against Dundee United was disappointing, we were frustrated after how we played in the first half to come out and not perform how we could in the second. However, we’ve got another chance now to go out and show on TV that we’ve got quality players in that dressing room, that we are a good side and we intend on doing that.

“We’ll all be ready to go out there and put on a show in front of the cameras.”

Ryan expects a tough game from Morton but he hopes the players can show the ability he believes they possess.

“We know Morton will be well organised and they will be right up for it too, but we will concentrate on ourselves. We know what we can do and if we go out and put that into action and play for each other I’m sure we’ll come away with the three points.”

A summer signing from Dunfermline, the right back admits he is loving life in red and yellow.

“I’m loving life here at Thistle so far. I’ve loved every minute since the moment I arrived. Everyone has been brilliant with me, the players, the management staff, everyone.

“I’m enjoying my football; I knew I needed a change towards the end of last season and from when Thistle came in for me, I knew it was the right decision. That feeling when you are looking forward to going into training every day, to going in and being part of the team, there is no better feeling and I’m loving it.

“I know I can still improve; I’m working on parts of my game I know I can be better at but hopefully I’ll continue to learn and become a better player and do my best for the team.”

The celebrations at full time on Saturday and the noise coming from the Red and Yellow Army will last long in the memory and Ryan is hoping for more smiling faces come full time on Friday night.

“Hearing the fans at full time on Saturday and getting to celebrate with them was a great feeling. The boys all appreciate their support and I’m sure they will get right behind us again. We saw how much Saturday meant to them and hopefully we can give them a good Friday night and send them all up the road with a smile on their face again.”

More exclusive preview interviews with Stuart Bannigan, Shea Gordon and Jags assistant manager, Brian Kerr, will all be available to Jagzone subscribers this afternoon – log in to see them.

Can’t make it to Cappielow? JagzoneLIVE will bring you coverage of the full 90 minutes through our audio commentary service which begins begins at 6:50pm tomorrow so join us from then.