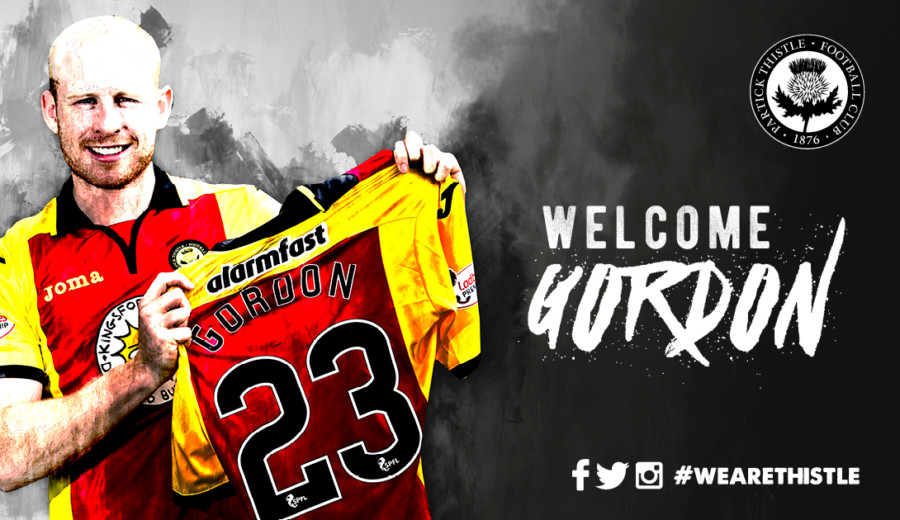 The start of the competitive action for the 2016/17 season is a matter of days away and Alan Archibald has begun preparations for Friday night’s first Betfred Cup group fixture against Airdrieonians.

He will be able to call upon the services of a new Jag, having made another addition to his squad today with the signing of Ziggy Gordon on a one year deal.

Ziggy, 23, has spent his full career to date with Hamilton Accies making 161 appearances for the Lanarkshire club, scoring 5 goals. He made his professional debut in February 2011 in an SPL fixure against St Johnstone and went on to become a stalwart in the Accies side over the following five seasons.

He bagged his first goal for the side in March 2013 in a victory over promotion chasing Greenock Morton. He was a valuable part of the Accies side which won promotion, via the playoffs, to the Premiership in 2013/14 and he was recognised for his contribution by being named in the 2013/14 Championship PFA Scotland Team of the Year.

Ziggy continued to be a first team regular throughout each of the last two campaigns and captained Accies on his last appearance for the club in the entertaining 2-2 draw with Thistle on the last day of the 2015/16 campaign.

All at Firhill welcome Ziggy to Firhill and look forward to seeing him perform strongly in the red and yellow of Thistle.

Manager Alan Archibald was delighted with his latest capture when he spoke to ptfc.co.uk this afternoon.

It’s great to bring Ziggy to the club. He has a wealth of experience at Premiership level and I’m sure he’ll be a great addition to the squad for the season ahead.