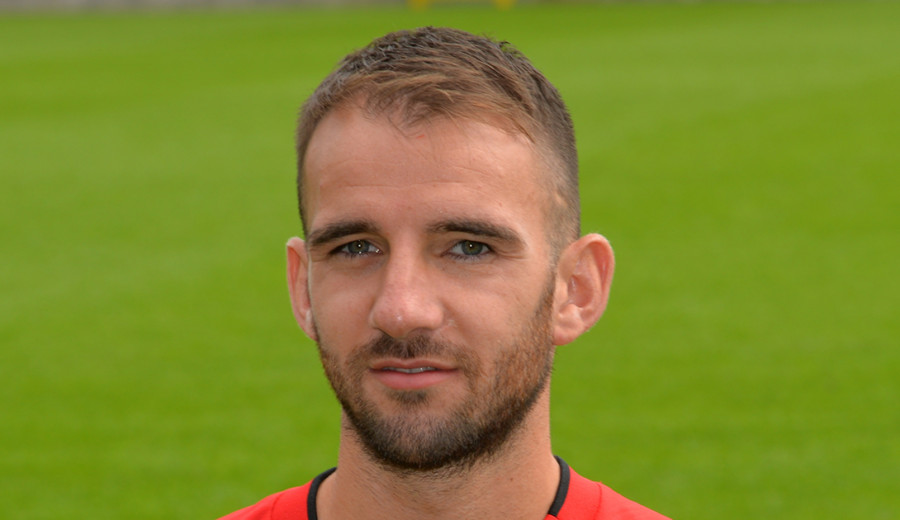 Sean became a Partick Thistle player in the summer of 2012 after spending a three month loan spell at the Club during the previous season.

The midfielder made his Thistle debut in an otherwise forgettable 3-1 defeat at Livingston in February 2012. Indeed Sean made little impact in his first few weeks at Firhill as injury prevented him from featuring in the team for a period. However, he more than made up for lost time when he returned to full fitness and quickly became a key player in the Thistle midfield.

Sean started his career at Hibs and,before his loan spell and subsequently signing on at Firhill, he also spent loan spells with Stirling Albion and Stenhousemuir.

Sean played an essential part in Thistle’s midfied as the side won promotion to the top flight of Scottish Football in fine style. Disappointingly for Sean, he missed out on playing in the deciding game against Falkirk as injury robbed him of the conclusion of the season.

He was given the captain’s armband ahead of the 2013/14 season but after an impressive start to life in the Premiership, he suffered an injury plagued second half of the season and had to settle for watching as his teammates secured Premiership status for another season.

Sean’s 2014/15 season got off to a delayed start as he worked hard to get back to full fitness. After playing in a couple of Development League games, scoring a long range goal against Falkirk, Sean returned to the team making a substitute appearance against Hamilton in November 2014. The following week saw him lead the side out against St. Mirren but disaster struck early on.

As Sean attempted a shot at goal from just outside the penalty area, he came under a heavy challenge and collapsed to the deck. Despite trying hard to continue, he had to be substituted at half time and another spell on the sidelines loomed. When he recovered from his latest setback he came on as a late substitute in Thistle’s 5-0 win over Hamilton in January 2015, desperate for a fresh start and football-filled 2015.

Unfortunately, Sean suffered another agonising injury and he spent the following couple of months working extremely hard trying to get back to full fitness.

Sean returned to the first team squad for pre-season and appeared to have put his injury problems behind him as he featured in every first team game in the opening third of the 2015/16 season, putting in a series of impressive performances.