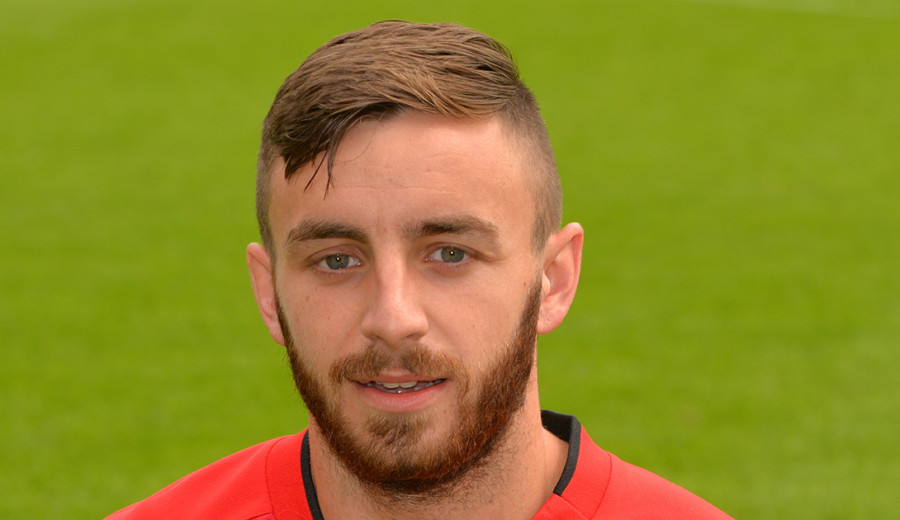 Steven, a winger who, before joining up at Firhill spent his entire career as a Motherwell player, joined Partick Thistle in the summer of 2012.

Steven progressed through the youth ranks at Fir Park but benefited from a short loan spell with Annan Athletic at the start of the 2010-2011 season and a longer loan stint with Albion Rovers later that season, scoring three times as Rovers won promotion from the Third Division.

Steven made his competitive debut for Motherwell at the start of the 2011-12 season in a League Cup tie with Clyde and managed to mark his first team debut by scoring a goal in a 4-0 win. He made a further first team appearances for Motherwell against Queen’s Park in the Scottish Cup.

After a further loan spell at Albion Rovers, Steven joined Thistle in the summer of 2012.

His first season at Firhill was a good one, finishing the season with fourteen goals, helping the side to the league title.

Despite being in and out the side last season, Steven still managed to score five goals, including a double in an impressive win against Ross County in the Highlands. He signed an extension to his contract keeping him at Firhill for a further season.

Steven was unable to match his goal tally from the previous season but he was still an influential player for Thistle, finishing the season as the clubs top assister as he caused problems to opposition defences all season long. Steven was rewarded with a further one year contract keeping him at the club until the summer of 2016.