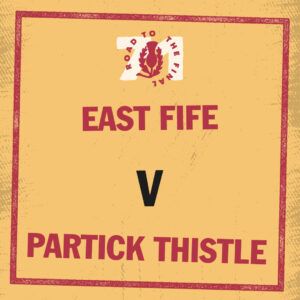 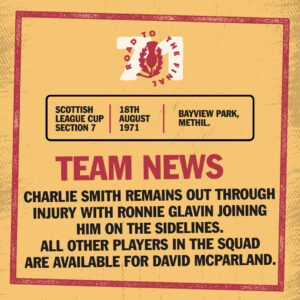 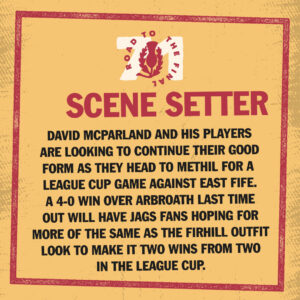 Preview: It’s a trip to Methil tonight for Thistle’s second League Cup match against East Fife. Thistle are in good form having won 4-0 against Arbroath last Saturday. East Fife were one of Thistle’s main challengers in the Second Division last season and were promoted after finishing runners-up so will present a real threat especially at home. The Fifers will be looking to bounce back after a disappointing defeat to Raith Rovers in their first League Cup match on Saturday. Ronnie Glavin and Charlie Smith are missing through injury 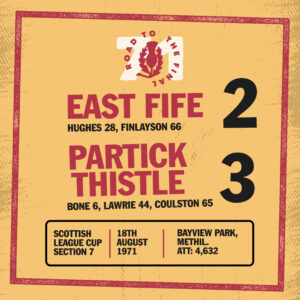 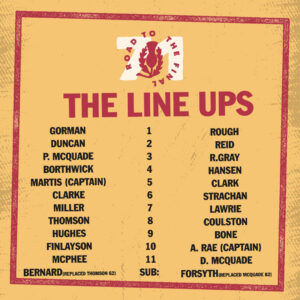 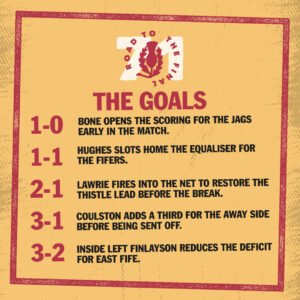 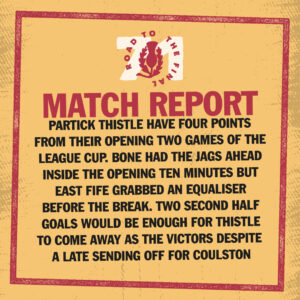 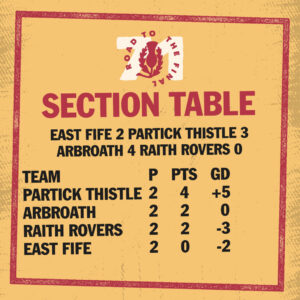 Report: It’s two wins out of two for Thistle after a hard fought match at Bayview. Jimmy Bone put the Jags in front on six minutes but East Fife equalised in the 8th minute after Hughes scored. The scores were level at half time but Thistle soon took command with goals from Bobby Lawrie and Frank Coulston. The stubborn Fifers pulled one back through Finlayson before Coulston was sent off for dissent. Four points from two games puts the Jags in a strong position already.