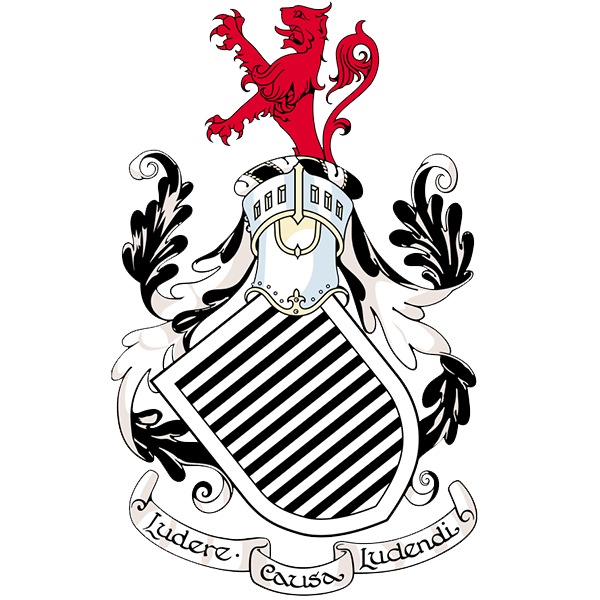 In line with Scottish Government guidelines, this match is a closed doors match. It is imperative that all fans support the club and protect the squad by staying away from the stadium and enjoying all content safely from home.

Stream ticket purchases are now available for our Betfred Cup clash against Queen’s Park, priced at £10 each.

As this is a cup tie, Saturday’s game is not available on the 2020/21 Partick Thistle season ticket with all season ticket holders requiring to purchase a stream ticket to access the live stream of Saturday’s match.

Click here for information on how to purchase your stream ticket.

Audio Commentary will be available for supporter on JagZone, which is currently available on a free offer.

Starting at 2:30, tune in to hear Michael Max and Christopher Dobie take you through the ninety minutes of action, with thirty minutes of comprehensive build up before the game.

After the 90 minutes of action we’ll have post match reaction from the Jags camp on JagZone following the full time whistle. A full game replay and comprehensive highlights package will also follow on JagZone.

Click here to purchase the match programme for this fixture or sign up to a season long subscription.

Our 50/50 draw will be conducted at half time during Saturday’s match. Tickets are available to purchase until 3:30 on Saturday afternoon.

As we approach a unique but exciting season we are looking forward to bringing you extensive matchday coverage throughout the campaign. Due to the current exceptional circumstances, our coverage may change or be impacted if a member of our media team is required to self-isolate at short notice. We thank you for your understanding and patience around this situation.

THistle record their first victory of the 2020/2021 season with a hard fought, but deserved, win over fellow Glasgow side Queen's Park.

It took an improved second half showing from Thistle, and two goals from half-time substitute Joe Cardle, to earn Thistle the win.

The referee spots an infringement as the corner comes over and Queen's Park have a free kick.

90’Thistle corner from the right

Graham does well to hold off Grant but his shot spins off a defender for a corner.

Lyon tries to find the net with the free kick but the ball goes high and wide of the Thistle goal.

McHugh goes to ground and Queens have a free kick at the corner of the Thistle box.

Williamson is fouled as he attempts to get clear down the right and Thistle have a free kick in from the corner flag.

But they do make something of a counter attack. Niang initially does well to win the ball back before it is worked to Cardle who after taking a touch to set himself up he fires home for his second goal of the afternoon.

Thistle can make nothing of a flurry of corners.

79’Thistle corner from the right

79’Thistle corner from the left

78’Thistle corner from the left

A well timed challenge from Penrice halts McHugh's preogress down the right hand side.

No complaints for the Thistle skipper as he prevents a quick Queens counter attack after a slip from Bannigan.

Queens take a quick conrer and make a complete mess of it with the flag going up for offside.

73’Queens Park corner from the left

In truth the free kick is closer to 35 yards out and Bannigan elects to go wide to Cardle with it but Cardle's cross from the right is cleared.

Graham is fouled and Thistle have a free kick about 30 yards out but in a central position.

Cardle is on the end of a cross from the left hand side and his shot fairly flies into the back of the Queen's Park net.

Cardle's cross comes off Graham and nearly falls into the path of Gordon in front of goal.

Cardle takes a free kick that Docherty at the back post can't get enough on. Thistle's set plays really need to improve.

With most expecting a cross Longridge spots a gap and aims the free kick for the right hand corner but his effort is too high.

Queens win afree kick near the edge of the Thistle box towards the right hand corner.

Docherty shoots from a yard or so outside he box but he is leaning back as he does so and the ball goes well over the crossbar.

His corner though is poor and Queens clear.

47’Thistle corner from the left

Spittal forces Muir into a save with a shot from the edge of the box that the Queens keeper pushes round the post for a corner that Spittal will take.

Two quick corners for Thistle both taken by Spittal. It's an easy claim for Muir from the second but Thistle have started the half on the front foot.

46’Thistle corner from the left

45’Thistle corner from the left

Double change for Thstle at the break.

Very little to talk about in a first half where neither defence has been unduly troubled.

In terms of acton in the penalty box it may be Queen's Park that shaed the opening half but in truth there hasn't been even the remotest hint of a goal.

That's a better ball in from Foster but it is again cleared.

And there is more for Queens to get encouraged about as Lyon gets in front of the Thistle defence but his shot is too straight and Sneddon saves.

A cross from the Thistle left is dinked towards Sneddon's back post. McLean is able to get his head to the ball but Sneddon saves without too much difficulty. Good spell all the same for the visitors.

Lyon takes the free kick but his cross is a poor one and Sneddon is able to take charge of the situation.

McHugh is able to flick the ball towards the Thistle goal but Sneddon is off his line to collect the ball.

Spittal himself takes the free kick but is cleared as Thistle fail to threaten the Queens goal.

Spittal is fouled and Thistle are going to have a free kick in a wide but dangerous position.

It's Spittal again with the corner and although it takes Queens a couple of attempts to do so they do eventually get the ball clear.

Midway through the first half and there hasn't been a clear cut chance for either side. Thistle are probably edging things in terms of possession but there has been no hint of a goal so far.

Foster looks to be in a spot of bother as he collects a pass from Docherty and pulls up but is able to continue.

Brownlie is able to get his head to the second of Spittal's corners but under pressure from a defender he is unable to direct his header on target.

13’Thistle corner from the right

Gordon and Spittal combine well but Spittal's cross is cleared.

First effort on goal from either side and it comes from Queen's Park's McHugh but his effort goes wide without troubling Sneddon.

Spittal takes Thistle's first corner of the game. It's clared at the front post and Spittal collects the ball again. This time his cross is aimed to the back post but Muir is quickly off his line to claim the ball.

Thistle are in 4-4-2 formation with a diamond in midfield.

We're underway and Thistle are shooting towards the John Lambie Stand in the first half.

Competitive action returns to Firhill after an absence of 7 months.

Although the score didn't reflect the pattern of play, Thistle's season began on a disappointing note with defeat at Premiership St Mirren and Ian McCall has made four changes to his starting eleven from that game.

Ryan Williamson, Joe Cardle, Rhys Breen and Connor Murray are the quartet that drop to the bench to make way for them.

Thistle were looking to bounce back from a midweek defeat by St. Mirren wherein Ian McCall’s side felt they deserved more from the game than they got meanwhile the visiting Spiders were playing their first game of the new season having sat out the first round of fixtures.

The Jags’ management team made four changes to the team which lost in Paisley with goalscorer from the 4-1 defeat, Blair Spittal, coming into the starting line-up. Richard Foster, Ciaran McKenna and Zak Rudden also made their first starts of the campaign.

The opening opportunity of the afternoon fell for the away side with Michael Doyle making headway on the right flank before delivering a decent enough ball into the box. He found Bob McHugh but the ex-Falkirk man could only try an acrobatic effort which was comfortably wide of the target.

It was quite a low key first half in general with neither side really creating much. The home side’s best chance was from a Blair Spittal corner as Darren Brownlie rose to head goalwards but like McHugh earlier, he didn’t really threaten the goal.

As the match approached the break it was Queen’s Park who looked more threatening. First of all, Ross MacLean found some space at the back post as he headed a lofted cross towards goal, however, Jamie Sneddon was well-placed to save.

Then, a Louis Longridge ball through the Jags defence found Darren Lyon sprinting forward with time to get a shot away. He elected to hit it first time but again Sneddon was in a good position to deny the away side.

Following a fairly tepid first 45 minutes left the score goalless at the break, Ian McCall decided to make a couple of alterations with Ryan Williamson replacing Richard Foster and Zak Rudden making way for Joe Cardle at the break.

With those changes, the Jags looked more dangerous almost immediately with Wullie Muir forced into his first proper save of the game on 47 minutes. A deep ball by Stuart Bannigan into the box was mis-headed by Joe Cardle, however, the attack stayed alive and after some untidy battling at the edge of the box, Blair Spittal was able to fire a shot in with Muir on hand to turn it away.

A pair of half-chances followed with Ross Docherty firing well over the bar from around 25 yards in the 51st minute before a teasing ball into the box was glanced past the post by Brian Graham with 64 on the clock.

The opener did eventually come though as half-time substitute Joe Cardle bagged his first goal of the new season. James Penrice was fed the ball on the left wing and the full-back cut inside onto his right foot, lifting a measured ball towards the back post area where Joe Cardle was waiting. The number seven met the cross on the stretch with his right foot and volleyed it back across goal into the net to give the Jags the advantage.

Cardle was the scorer once again as the deficit was doubled with nine minutes left to play. Thistle’s second started with terrific midfield play by Mouhamed Niang who had not long replaced Shea Gordon. The number 21 intercepted Louis Longridge’s pass in the centre circle and carried it 20 yards before giving it to Brian Graham. The striker then curled a lovely pass into the feet of Joe Cardle who brought it down, cut past his man and finished with his left foot at the near post.

The game finished 2-0 as the hosts claimed their first win of the new season and their first points of the group stage with a trip to Queen of the South up next.