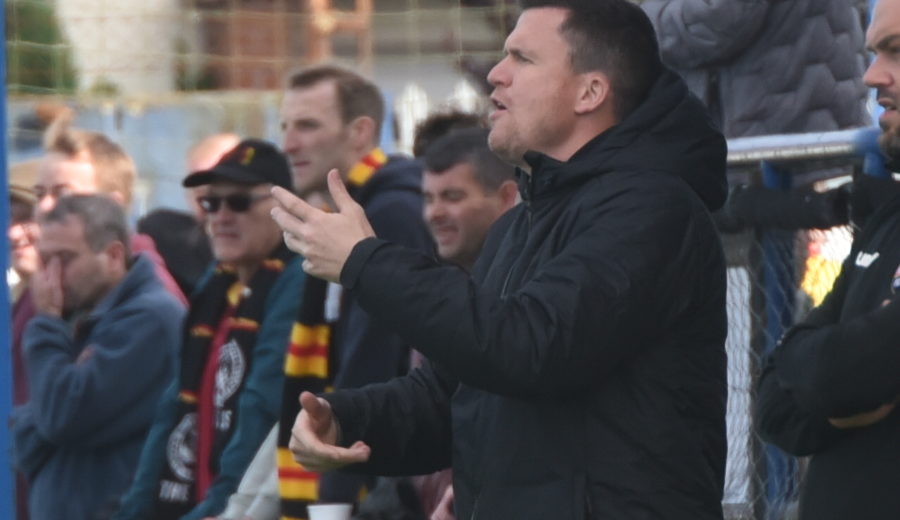 A professional performance saw Thistle run out relatively comfortable victors at Links Park against Montrose in the Tunnock’s Caramel Wafer Challenge Cup tie. Goals from Joe Cardle and Kenny Miller were enough to see the Jags into the next round.

Thistle boss, Gary Caldwell, spoke to ptfc.co.uk after the match and started by singing the praises of his side.

“We’re delighted with the win and with the professional aspects of the performance. It’s a bit of a cliché but these games are never easy. Playing lower league teams you find they’re always up for it, as the underdogs they have nothing to lose which makes it difficult.

“We got off to a fantastic start and scored a brilliant goal but after that I do think we could have been better in terms of our possession of the ball. We were a bit sloppy at times but it’s not easy and the pitch was very dry but we’re very happy to be in the next round.”

Midway through the first half there was a heated exchange between Kenny Miller and his own back four which seemed to spark life back into the Jags performance. Although disharmony is not something he wants to see, Caldwell did admit that he wouldn’t mind seeing a bit more of that from his side.

“I think sometimes we’re too nice, I’m delighted to see that in our game occasionally. We’re on the pitch to win and do well and in order to do that we must demand the most from each other. If that requires some harsh words then so be it. When we get off the pitch we can discuss and analyse but sometimes that is the spark we need.”

Next up for Thistle is Arbroath on Friday night as Caldwell’s side return to league action. The Jags boss knows league form has not been good enough so far but is determined to turn the form around.

“We go into our next game and we know we need to win a game of football, it’s as simple as that. Confidence is good, we played well against Ayr and had the result taken away from us as a result of two red cards, we’ve won the game today and we need to take those positives into the match on Friday night.

“Arbroath will be a tough 90 minutes. They’ve already show that they are not to be taken lightly. The hard work starts as soon as we get on the bus and the full focus will be on taking three points next week.”

A more in depth video interview with Gary Caldwell is available to Jagzone subscribers now as well as reaction from Reece Cole and Tam O’Ware  – log in to view.