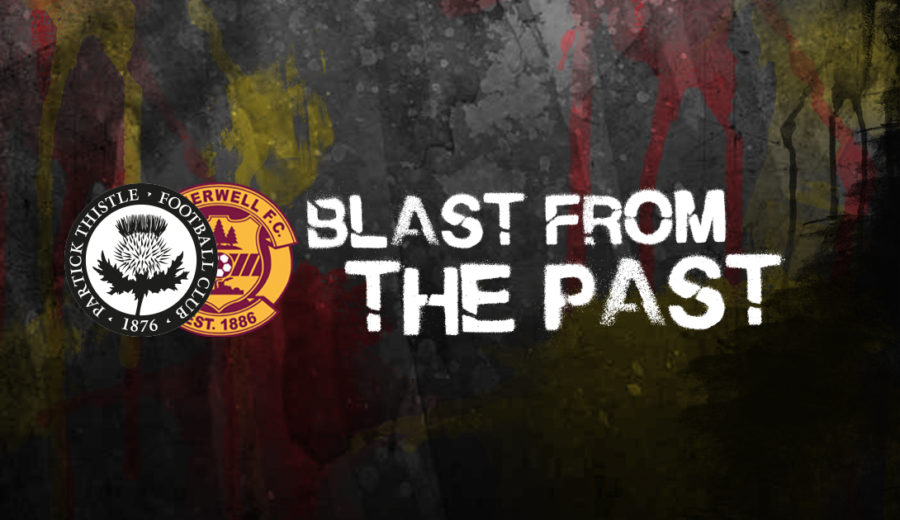 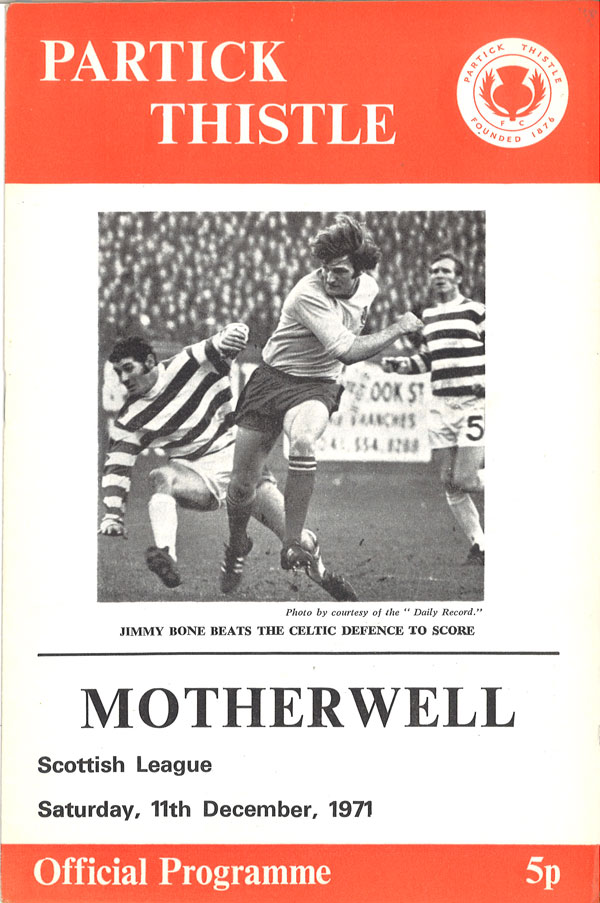 I must begin by asking to be forgiven for choosing to feature this game at the risk of being accused of gloating excessively. To score eight goals is a remarkable achievement, but in true Thistle tradition, guess how many goals we banged in in the next two games. That’s right, not a single, solitary one! The results were Hearts 0 Thistle 0 and Thistle 0 Ayr United 1. Anyway, be that as it may, let’s savour the memory. 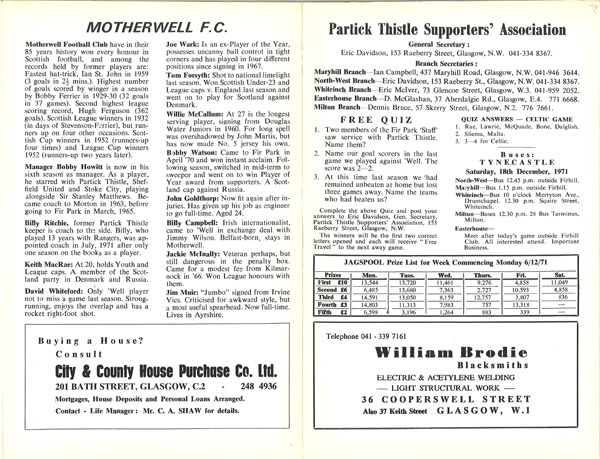 Strangely, the score at half-time was 2-1 to Thistle, and even more bizarrely after 51 minutes it was 2-2! Then the floodgates opened. Frank Coulston and Denis McQuade had scored in the first-half, either side of a goal by Brian Heron for the visitors who scored again through Brown in 51 minutes. After that it was one-way traffic. There was just no stopping a rampant Thistle. Frank Coulston and Denis McQuade doubled their tallies, Jimmy Bone obliged with a double and Alex Rae and Alex Forsyth also got on the score-sheet. By the time McCabe netted in 89 minutes what was no more than slim consolation for the visitors, the Motherwell team must have been desperate to hear the final whistle. 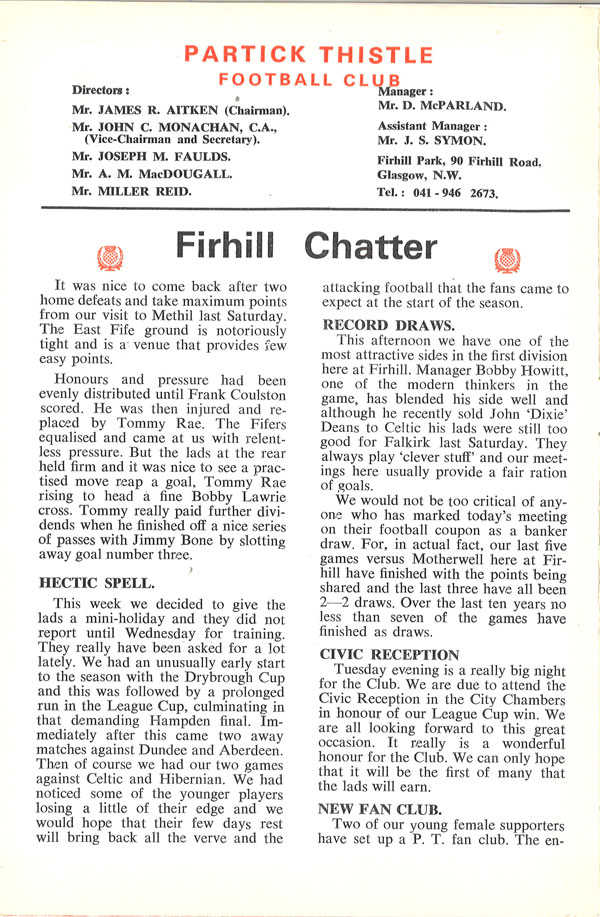 It was a windy, dark December day with the floodlights required from the very beginning, but it was a great day for all Thistle people, the details of which remain music to the ears even of those who have heard it all before.

Test:- Can you identify the game during which the cover photograph was taken? Clue :- NOT such a happy occasion!