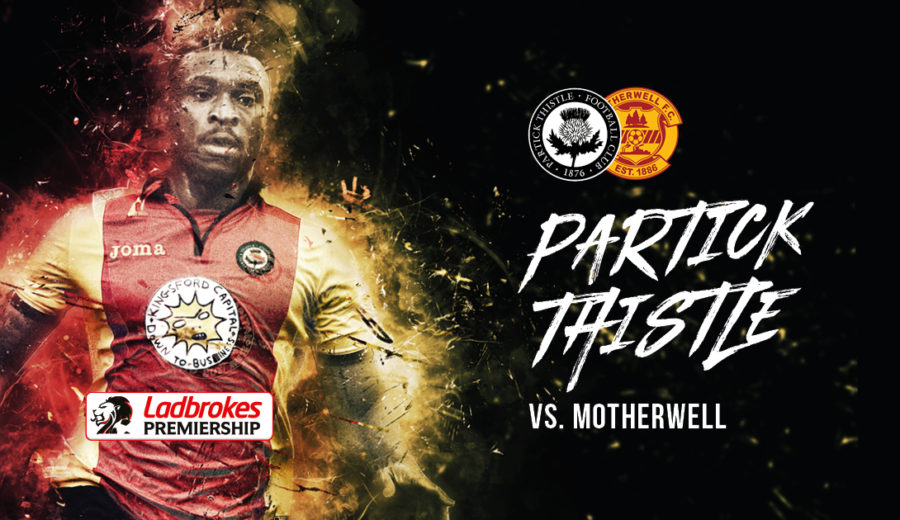 Amoo hoping for another performance

David Amoo is looking to follow a good attacking showing against Kilmarnock with all three points against Motherwell on Saturday.

Thistle bounced back from a poor performance last time out at Firhill with a good performance on the road in Ayrshire and David is hoping to take that into Saturday.

He said: “We’re looking forward to it. It’s going to be a tough test but it’s a game at home that we feel we can win, it’s one which we know we need to get a result from and we will be going out to do that.

“We have to take the momentum and positives from the Kilmarnock game into the match, we were disappointed with how the St Johnstone match went but I thought we reacted well against Kilmarnock and we have to play the same way on Saturday”.

“We bossed large parts of that Kilmarnock game and we might not have got the points we wanted or deserved but I think if we play like that and play well then results will take care of themselves.”

After being restored to the starting line up from the bench, David put in an excellent display against Kilmarnock and he knows with the competition for places it was important he put in a display and continues to do so.

“There’s a lot of players in my position and a lot of competition for places so I know when I do get my chance like against Kilmarnock that I go out and play well, I thought I managed to do that and I need to take one game at a time and concentrate on putting on a performance against Motherwell. I need to try and go out there and influence the play, take on defenders and be direct and try and create something.

“I got a few goals last season including one against Motherwell so I’ll be hoping to add to that tally, you are always looking to make a difference in games so if I can get myself on the scoresheet or set it up for others then I’ll be happy.”

“It’s far too early to look at league positions but no one likes to ever be bottom of the table so we want to address that as soon as possible and pull ourselves further up the table where we should be. We know we can do that with a win on Saturday so that’s what we will be looking for.

“Some people may say we have to take something with Rangers to follow after Motherwell but we will take every game at a time and concentrate on winning on Saturday first, we go into every game thinking we have the squad to win it and we want to start on Saturday.”

There will be full build up, reaction, highlights and full game replays available to Jagzone subscribers before and after Saturday’s game. For those living outside the UK and Ireland you can also watch the match live, either by signing up to Jagzone World or by buying the match on pay per view basis.