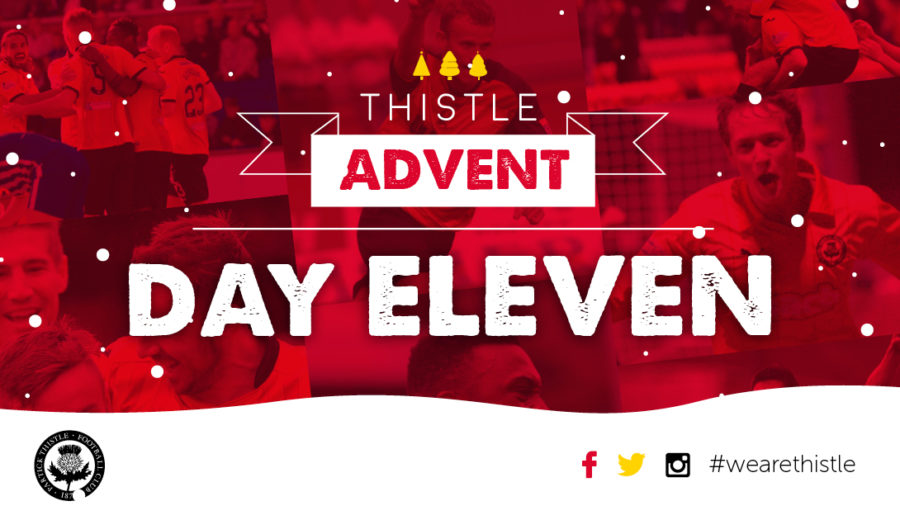 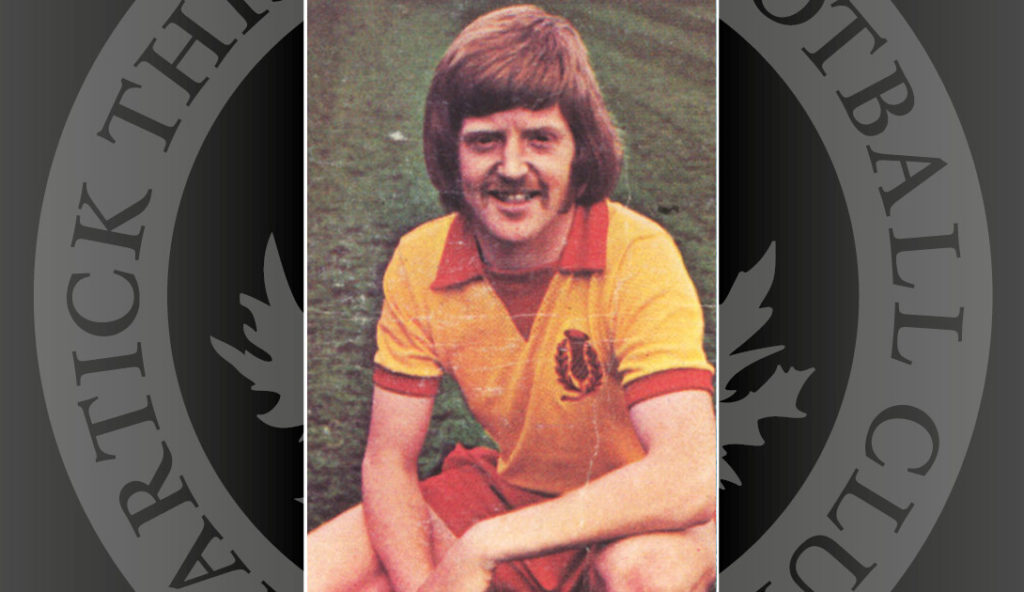 Alex joined Thistle as a 23-year-old in the summer of 1970 as David McParland looked to add a bit of nous to his young squad of talented players. Despite still being in his early 20s, Alex had a wealth of experience in senior football, having played five seasons with East Fife, as well as a stint at Bury.

Alex’s experience helped Thistle win the Second Division and return to the top flight at the first time of asking – the team having been relegated at the end of the 1969/70 season before the League Cup run of 1971 captured the imagination of everyone associated with the club.

At the final of 23rd October 1971, it was Alex who got the scoring underway with a curling effort after only 10 minutes. Thistle added three more to their tally before half time, giving the side a 4-0 lead at the break. It was a lead that was insurmountable for Celtic, and close to 5m on that Saturday, Alex lifted the League Cup trophy above his head to mark one of the greatest afternoons in the club’s extensive history.

Alex was an ever-present in the league during the 1971/72 season as he helped Thistle to a 7th place finish with the side looking to re-establish itself in the top flight.

Alex left Thistle in 1973, but did so having written his way into the Thistle history books forever.