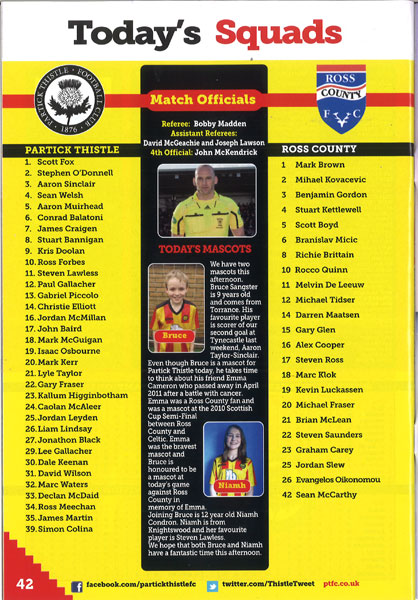 Time goes past so quickly that one can be deceived into thinking that Ross County are relatively new kids on the block. I suppose that’s an understandable perception in the minds of those of us who have been involved in Scottish football for a very long time. Well, it may surprise you to know that Ross County have visited Firhill on league business no fewer than 21 times since the first occasion back on 25th September 1999, twice in the Second Division, 14 times in the First Division and 5 in the Premiership. 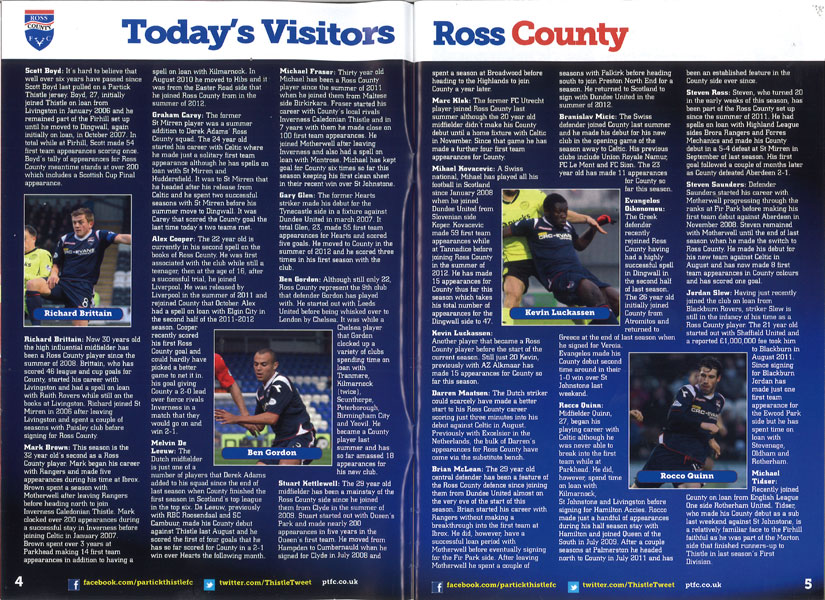 The featured match was interesting, if not exactly a six-goal thriller. The quaintly named Kiss gave the visitors the lead after 23 minutes, but the deadly Lyle Taylor struck twice before the interval to fire Thistle into the lead. Stevie Lawless added a third in 47 minutes, so the points should have been in the bag, so to speak. Gordon reduced the leeway and that man Kiss struck again in 76 minutes, so we drew a home game we should have, certainly could have, won. Where have we heard that before? Go no further back than the last two home games to come up with the answer to that. Still, we could have lost on all of those occasions and that would have been even worse. 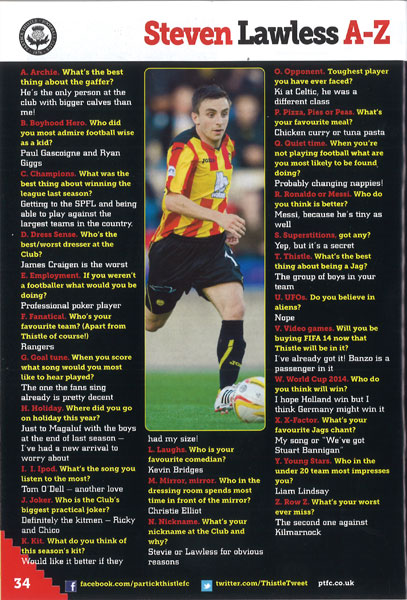 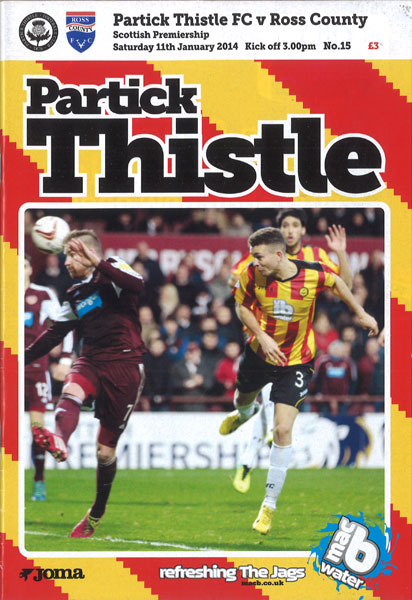 Now for a question or two: – Identify the Thistle play in the forefront of the programme cover. That’s easy. The number on his shorts makes it even easier. Secondly, name the venue. Thirdly, what happened next and finally what was the score in the match? I guess it’s all a piece of cake for those of you who, like myself, have a section of your memory set aside for Thistle matters. My grandfather used to say to me – if you paid as much attention to other things as you do to Partick Thistle, you would go places in life. Well, he was right, but I still have gone to many wonderfully fascinating places – Methil, Brechin, Montrose, Dingwall, to name only a few.