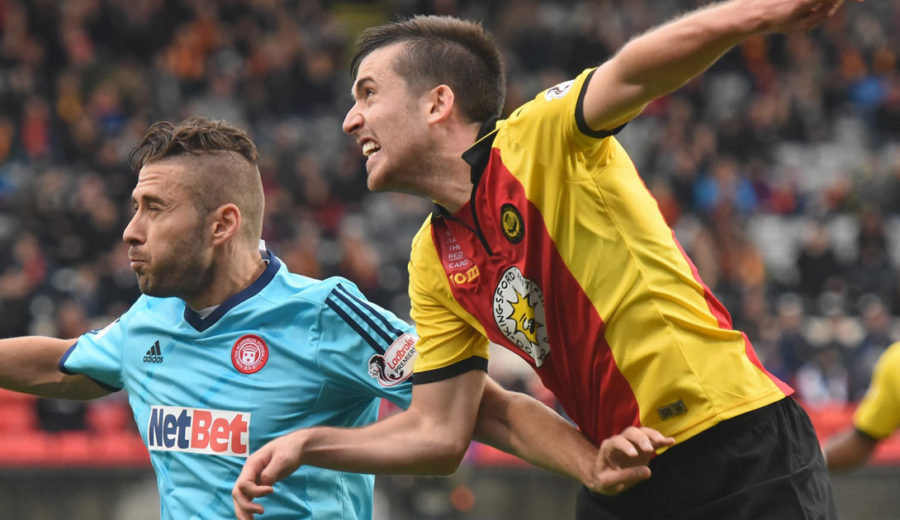 Callum Booth was left cursing another two points dropped as Thistle failed to see out the match against Hamilton at Firhill.

Despite leading 2-1, Thistle had to settle for a 2-2 draw with Hamilton scoring late on to take a share of the points.

Speaking to PTFC.co.uk after the match Callum said:  “It’s certainly two points dropped as far as we were concerned. To be 2-1 up with around ten minutes to play at home we should be seeing that out. We are obviously disappointed again that we’ve not managed to win the match.

“Hamilton have had a number of chances too but we were ahead and had a couple of great chances just after half time to extend the lead, Squiddy has one and Dools has one and I think if we score there we win the match but we should have defended better and held out for the win.”

The story was one that was all too familiar for the left back.

“It’s a familiar story this season and much like our start to last season. The first nine or ten games last season we were playing well but not getting results. We feel we are performing but just need to click and tighten up a lot at the back.”

“We have goals in the team so we don’t have to worry there but we have to make sure we tighten up at the back. We have the players and we are working hard but we know letting in around two goals a game isn’t good enough. We will continue to work hard and I’m sure it will happen. I have faith in the defence and the players in it.”

Ross County are next up at Firhill and Booth is hoping to go one better against the Dingwall outfit.