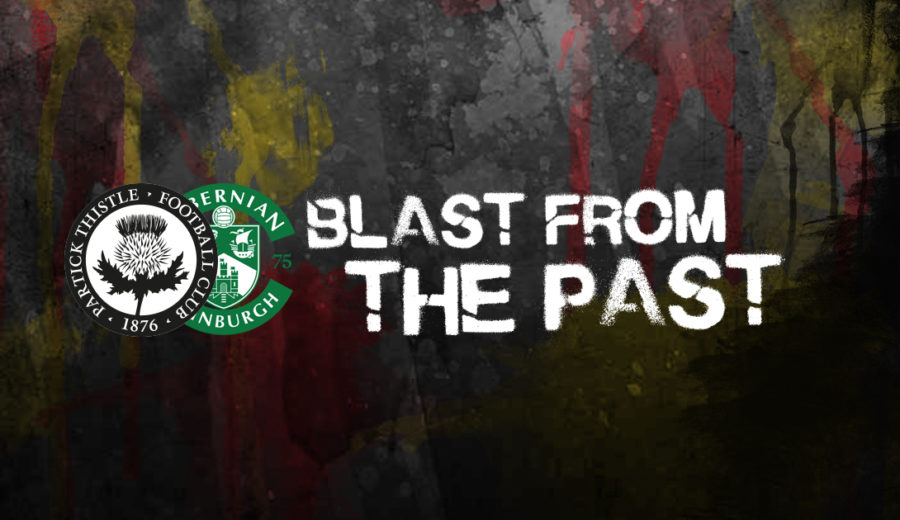 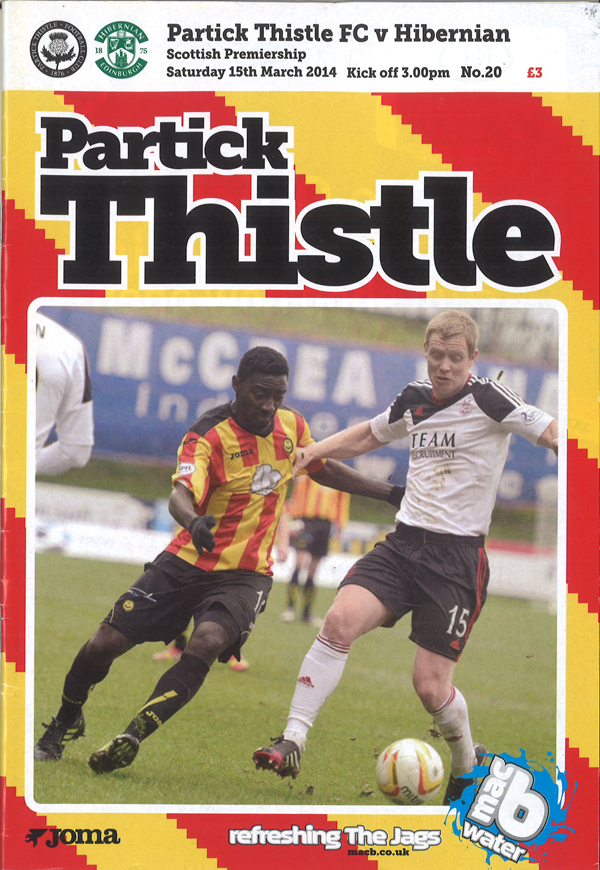 In season 2013/14 we went along for what seemed like absolutely ages drawing a number of home games (seven to be precise) but seemingly unable to achieve a victory in front of the home fans. However, just as when having waited a long time for a bus, miraculously along came two, we did the trick eventually against Aberdeen on 22nd February and then came good again in the featured match, oddly enough by the same 3-1 score-line. All of this was very pleasing, considering the barren spell that had gone before. 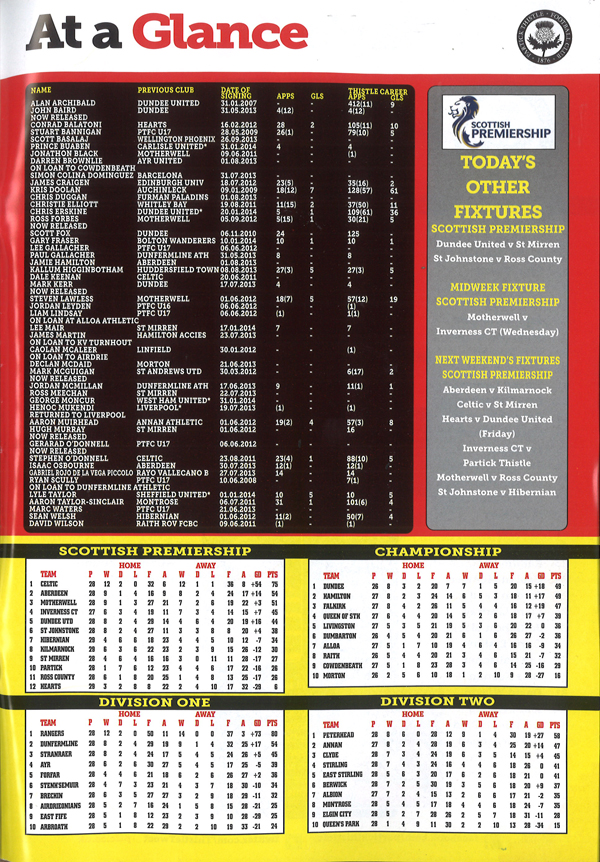 So, how was this achieved? Well, two minutes from the half-time interval Chris Erskine opened the scoring for the Jags, and things looked even better on the hour mark when Lee Mair scored a rare goal to provide us with something of a cushion. True to type, we proceeded to throw that away by conceding in the 62nd minute, thus letting Hibs back into the game. We were left to agonise right through to the final minute when Kallum Higginbotham put the issue beyond doubt with a third goal. Great stuff! The points would be remaining at Firhill. We could breathe a sigh of relief. The full Thistle team was as follows:- Paul Gallacher(now at Hearts), Stephen O’Donnell(at the time of writing set to play against us for Kilmarnock, having been at Luton Town), Aaron Taylor-Sinclair(currently, I believe at Plymouth having seen service at Wigan Athletic and Doncaster Rovers), Conrad Balatoni(Falkirk), Kris Doolan, Prince Buaben(Hearts), Lee Mair, Lyle Taylor(AFC Wimbledon), Gary Fraser, Kallum Higginbotham(Dunfermline Athletic via Kilmarnock), Chris Erskine. 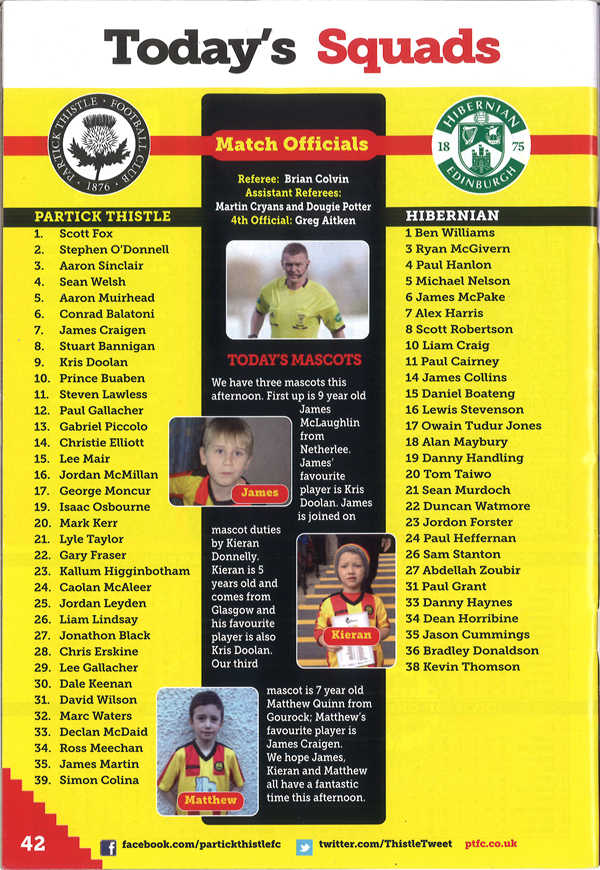 Players move about so much nowadays it’s difficult to keep track of them, but I have done my best. Speaking of Stephen O’Donnell and Aaron Taylor-Sinclair takes me back to the days where they were our marauding wing-backs. I enjoyed watching that. It was exciting. Now to exercise the brains. Can you identify the two players on the cover of the programme? Hints – a) an unused substitute against us in September b) missed a penalty, thank goodness, in the first 3-1 game mentioned in this article.