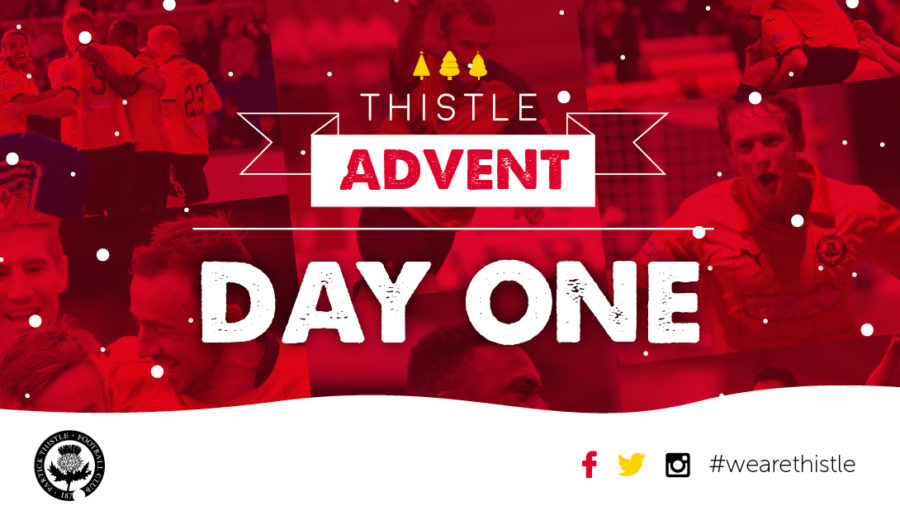 As we count down to Christmas, this year the Partick Thistle digital advent calendar will look at each individual who has been inducted into the Hall of Fame for Partick Thistle Football Club.

Each day, at 10am, we’ll reveal the next Jags legend as we remember their best moments as they immortalized themselves into Partick Thistle history.

This morning we start with a familiar face who remains actively involved with developing the next big talent for the club. 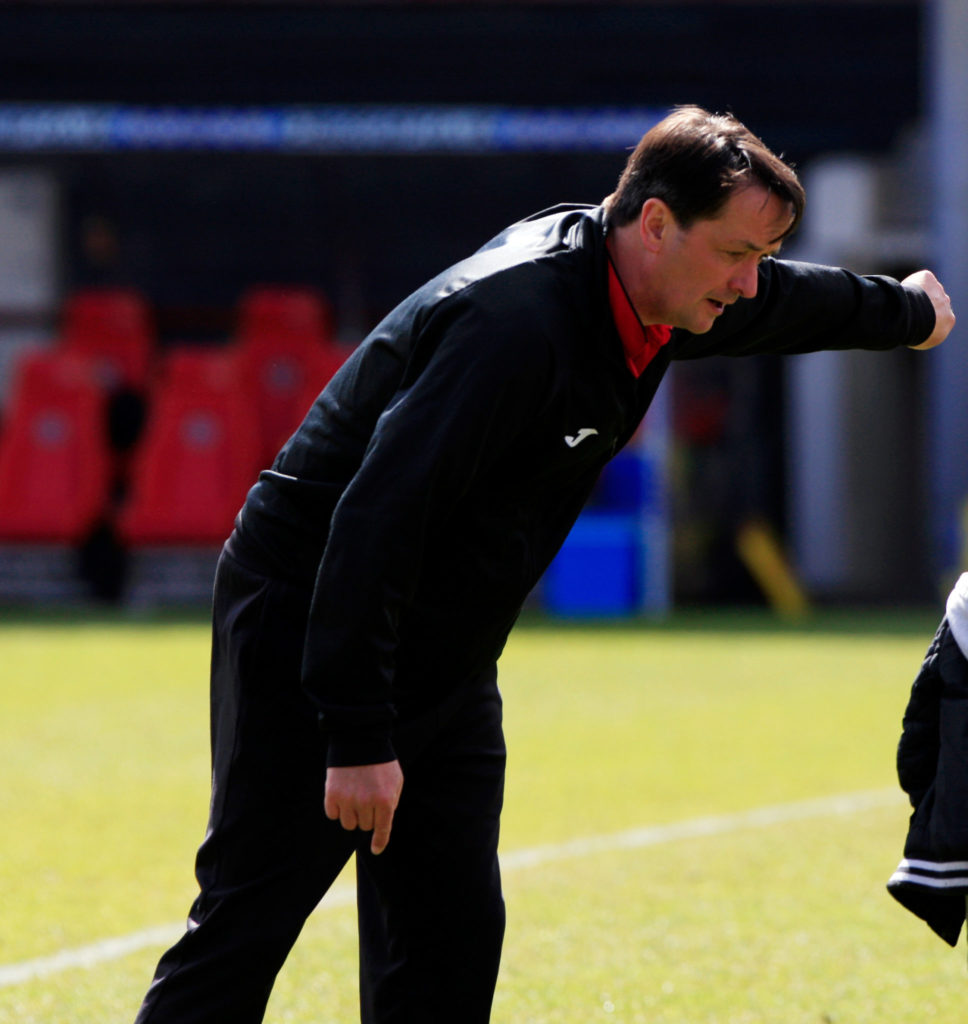 It’s fair to say Gerry Britton has represented Thistle in more capacities than probably any other individual in the history of the club. His roles with Partick Thistle span player, coach, manager, assistant manager and now Academy Director.

Gerry’s relationship with Thistle began 25 years ago when he joined from Celtic to John Lambie’s newly promoted side. It’s a move that Gerry maintains was a step up for himself as he switched reserve football for the chance to challenge for a first team slot in the Premier Division. He made his Jags debut as a substitute in a 1-0 home defeat against Dundee United before netting his first Thistle goal at Tynecastle Stadium as the side fell to a loss. The game was Gerry’s first wearing the number 9 jersey and throughout the 1992/93 campaign it would be a regular theme that Gerry would find the back of the net wearing his preferred number. His 13 goals for the club earned the Jags an 8th placed finish but his fine form also saw Britton attract admirers and he was lured away to Dundee midway through the 1993/94 campaign.

Spells at Dens Park, Dunfermline Athletic, Raith Rovers(loan) and Livingston followed before in the summer of 2001, the King of Spain was back in the red and yellow. He started his second spell as a Jag in similar fashion to his first appearing as a substitute in his first appearance but as the side headed to Starks Park for the second game of the season, the striker netted a double to secure all three points for the side at the start of a very successful season.

Gerry bagged 15 goals in all competitions during the 2001/02 campaign with the pick of the bunch being a stunning goal from range against Dundee in a Scottish Cup replay. When the league was won and with a trophy presentation imminent, it was Gerry who netted one of the last goals witnessed by a Jags support occupying the terracing behind the South goal.

After a successful battle against relegation in the first SPL campaign, in which Gerry scored five times, the 2003/04 season was a major struggle. After Gerry Collins endured a long winless start to his managerial career, Gerry Britton and Derek Whyte were appointed as co-managers with a John-Paul McBride goal securing victory in their first league match in charge.

They were unable to prevent Thistle from being relegated though, and in December 2004, with the Jags sitting at the wrong end of the table, they departed Firhill.

Gerry moved on to SPL side Motherwell before heading to Stranraer in 2006 where he served as manager for just over 18 months, In February 2008 he was lured back to Maryhill as assistant to Ian McCall. Having combined his playing efforts with a law degree, Gerry decided to pursue a career in law in January 2010 but maintained strong links to the club and, for a period, Gerry combined his legal career with that of Head of Youth Development for Thistle. However, in October 2013, with the backing of Chris and Colin Weir, the Thistle Weir Youth Academy was born and Gerry was able to take up the position of Academy Director on a full-time basis.