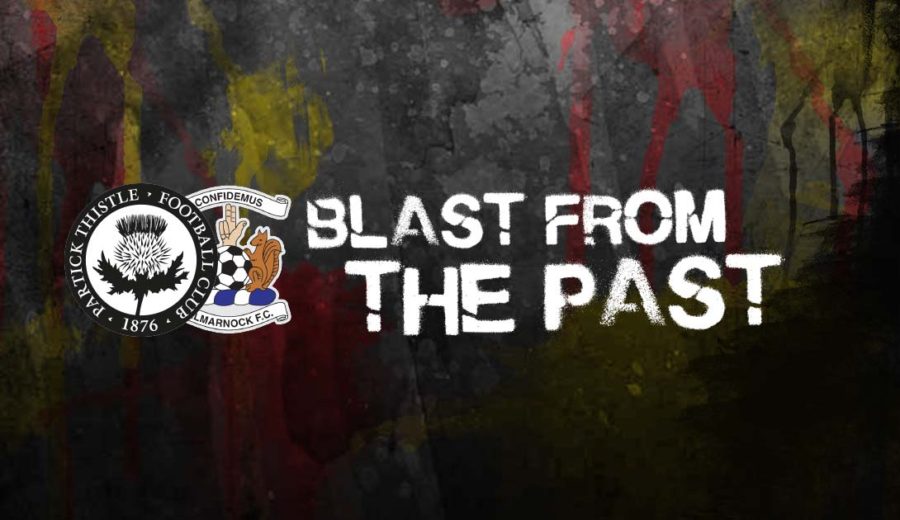 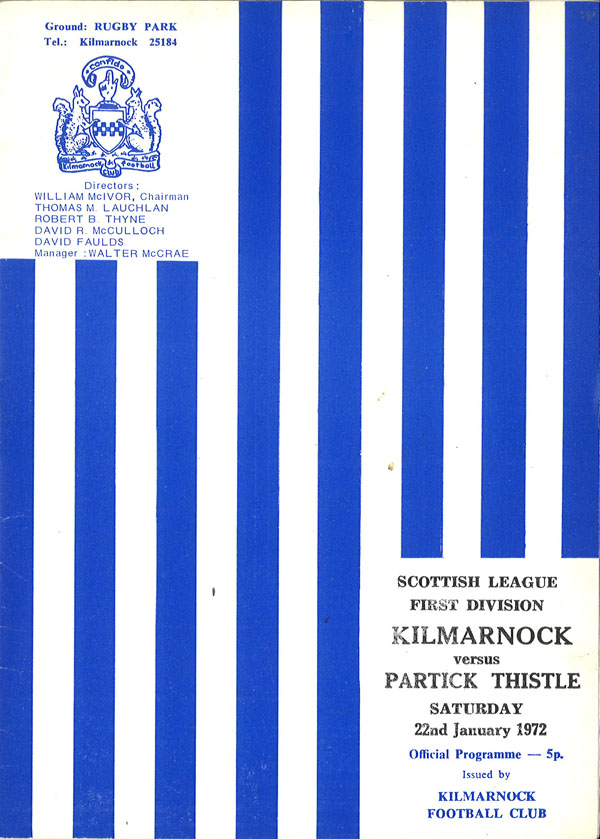 After a hesitant start, Thistle moved into top gear and simply swept Kilmarnock aside with a wonderful display of fast, attacking football. The home side simply had no answer, and the score could have been even more emphatic.

Kilmarnock’s opening goal after 14 minutes was nullified 15 minutes later by an equaliser from the tricky Johnny Gibson, with the score remaining at 1-1 until the interval. I suppose at this point I was reasonably happy and enjoyed my cup of tea. Had I had any idea of how the second-half would unfold I would have gobbled up that second cake!

Thistle made their intentions crystal clear right away and Jimmy Bone set the ball rolling after 46 minutes. Denis McQuade netted a third fifteen minutes from time and Jimmy Bone completed the rout with six minutes to go. It was one of those games where you were sorry to hear the final whistle.

It is significant that with the exception of Johnny Gibson in place of Bobby Lawrie, Thistle fielded the League Cup winning team from the previous October. I seem to remember we won 4-1 that day also – good habit to get into, don’t you think? 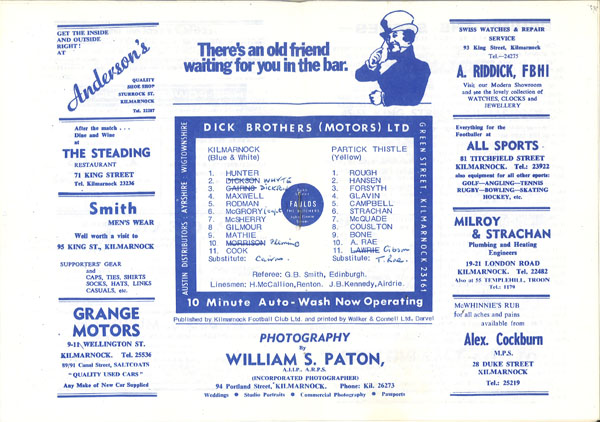 There was only one substitute allowed in those days and that role was filled by Tommy Rae, who replaced Frank Coulston after 86 minutes. We have gone to the other extreme in these modern times where there can be seven on the bench, with the opportunity for three to come on.

Something in the letters page within the programme for the featured match caught my eye and I quote, “I’m glad to see the Scotland team manager has realised Alistair Hunter is the best keeper in the country, removed his red and yellow spectacles and chosen our lad for the under-23 pool for the game against Wales at Pittodrie.” 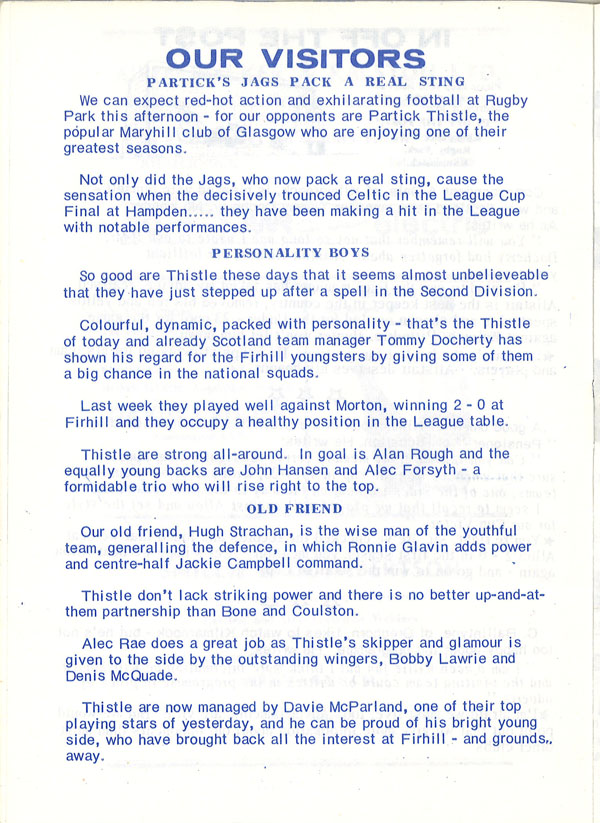 I concede that Alistair Hunter was a very good goalkeeper, but Roughie still reigns supreme. I like the bit about the red and yellow spectacles, allegedly worn by Tommy Docherty.