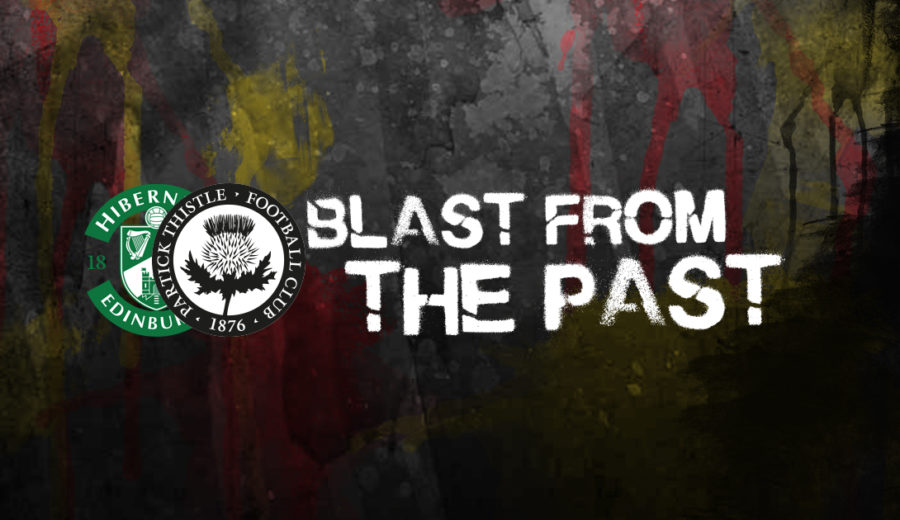 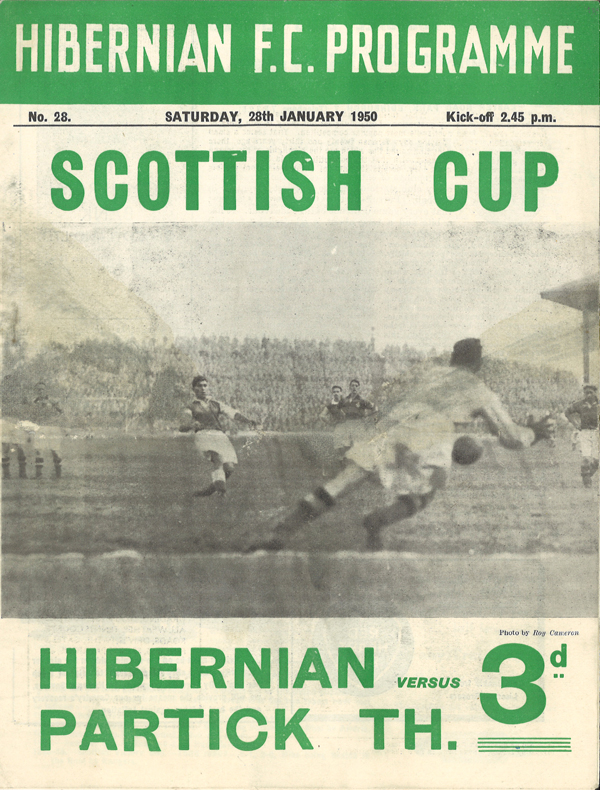 One of Thistle’s best-ever results at Easter Road was achieved away back in 1950. We were opposed by a Hibernian side which included the “Famous Five” – Gordon Smith, Bobby Johnstone, Lawrie Reilly, Eddie Turnbull and Willie Ormond. Our goalkeeper Bobby Henderson, Maryhill boy from Amisfield Street, had one of those days. Ably supported by the ten outfield players, he put up the shutters, dealing with everything the Hibs stars could throw at him, while at the other end the Jags’ goal-scoring hero was Archie McCallum, who sadly lost his life at an early age through illness. We were on our way to Hampden, or were we? The signs were favourable. The results in the next two rounds were as follows:- Thistle 5 Dundee United 0 and Thistle 5 Stirling Albion 1 – pretty impressive stuff. Then we came unstuck in the semi-final at Ibrox losing 1-2 to the very powerful East Fife team of the time. The cup dream was over for another year. 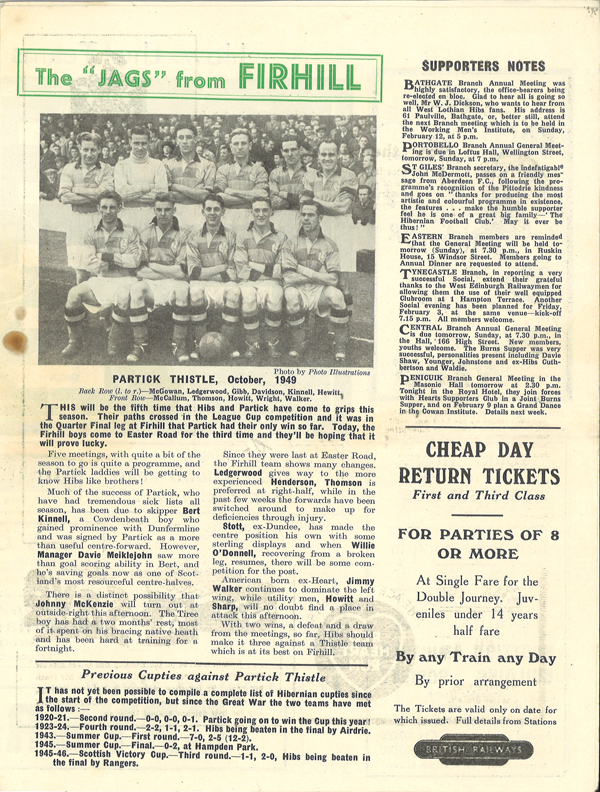 I referred earlier to that great Hibs forward-line. In actual fact Thistle had themselves a superb attack, full of flair and goals aplenty. I mean, of course MacKenzie, Howitt, Stott, Sharp and Walker, four of whom featured in the cup-tie which we have been highlighting. A few weeks ago you would have received the sad news of Johnny MacKenzie’s death up in Tiree at the age of 91. Older supporters have really fond memories of the “Firhill Flyer”. 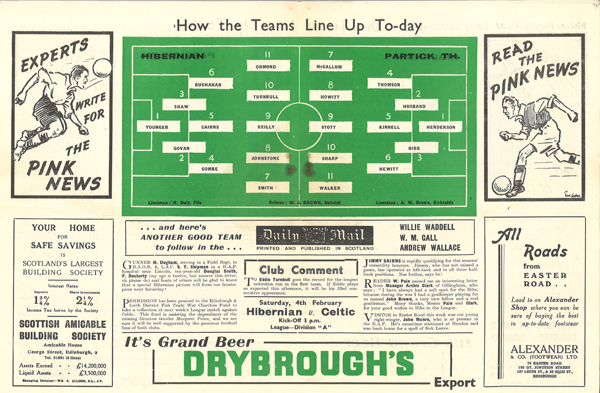 Have a look at the photograph on the front cover of the programme. The picture was taken at an earlier Hibs versus Thistle league match. I think the goalkeeper is Tommy Ledgerwood, who went the right way but couldn’t stop Eddie Turnbull’s ferocious penalty-kick. Inside the programme the other players are identified as Bobby Gibb(too indistinct to judge), Willie Hewitt, Lawrie Reilly, Bert Kinnell, Jimmy McGowan. I go along with all of that except I’m not sure it’s Bert Kinnell. Anyone got the answer? Let me know