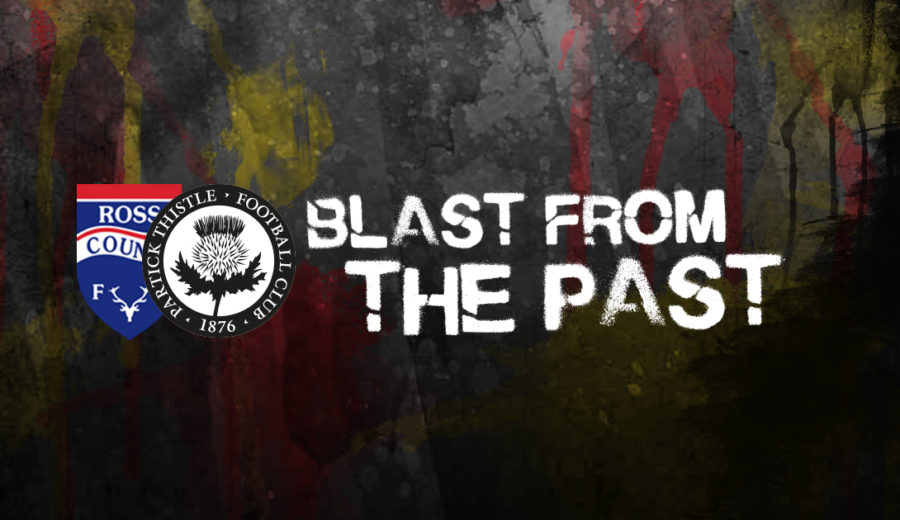 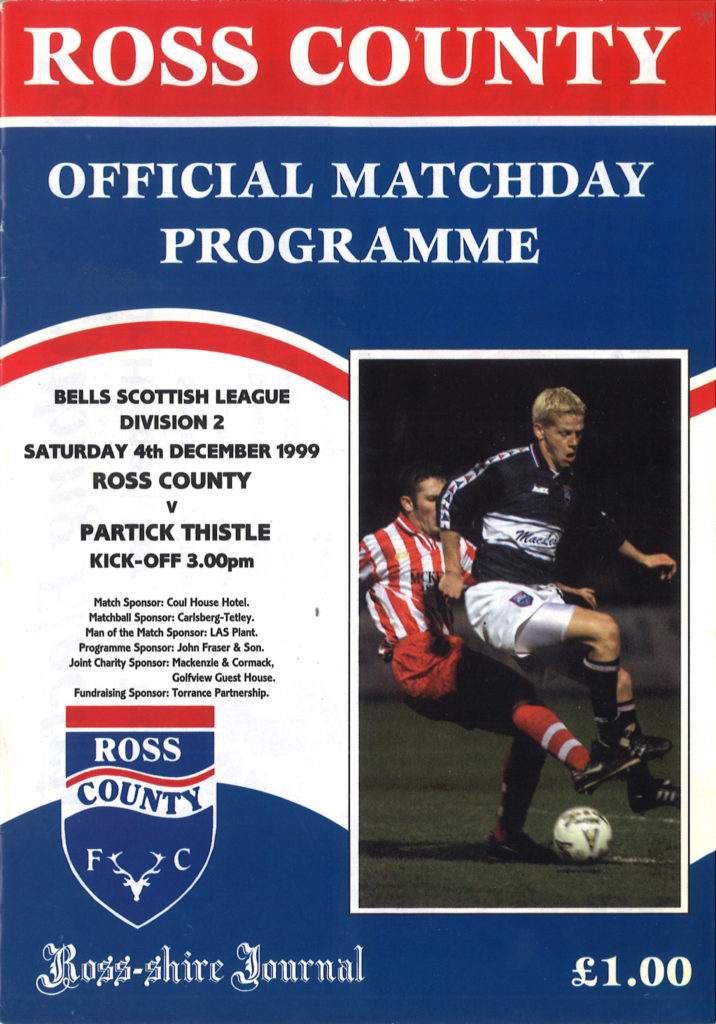 I have chosen to feature the programme from the first ever competitive league game between Ross County and Thistle played in Dingwall. Believe me, this was no ordinary football match. It turned out to be a really eventful encounter played against a background of piles of snow which had been removed from a protective cover. 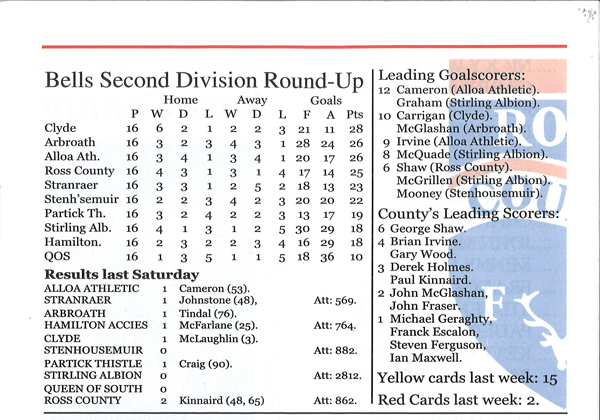 The first incident of note was the ordering-off of our goalkeeper Kevin Budinauckas for committing a foul which prevented a goalscoring opportunity. We had no substitute goalkeeper, so an outfield player had to don the keeper’s jersey. The fall-guy was Albert Craig. Poor Albert. He had no chance with the resultant penalty-kick taken by former Jag George Shaw, who had come back to haunt us. At this stage there were 22 minutes on the clock, so a long time to play with 10 men. The score remained at 1-0 until half-time, but in 48 minutes Roy McBain added a second. Things looked bleak. Could we find a ray of hope from somewhere? Yes, we could. After 57 minutes the floodlights failed and the game was halted for about 15 minutes. Sadly, power was restored, but soon the lights failed again. I remember rising from my seat and muttering – right that’s it, this game has to be abandoned. Well, that’s what you would say when you’re trailing 2-0 isn’t it? Would you believe it? On came the lights again and remained on for the rest of the match. I began to change my mind about a possible abandonment after 77 minutes when Quinton Jacobs reduced the deficit to 2-1. Maybe we could snatch a draw. No, it was not to be. 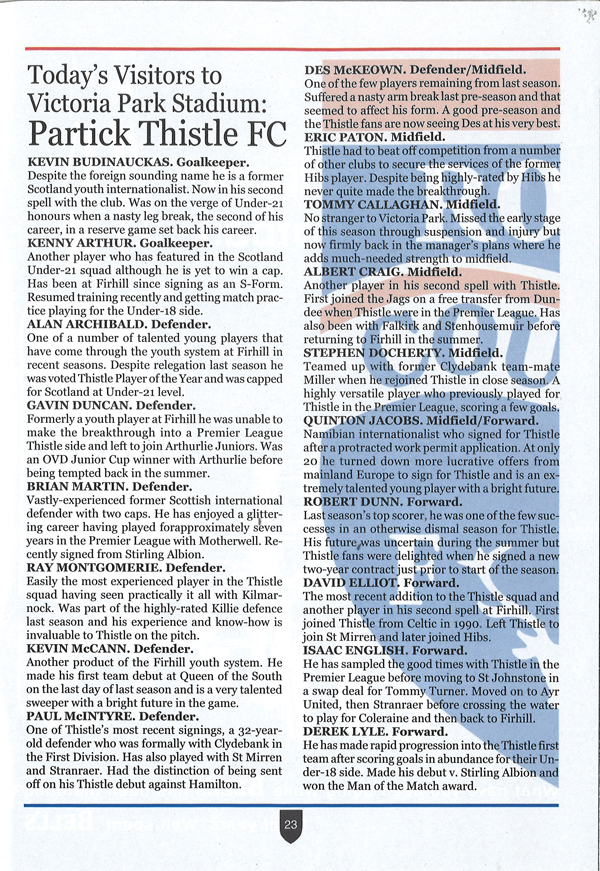 The match was played out in a really eerie atmosphere – periods of light, spells of darkness, snow heaped up all around. If Quinton Jacobs had never seen snow in his entire life, he certainly witnessed plenty of it that day in Dingwall. 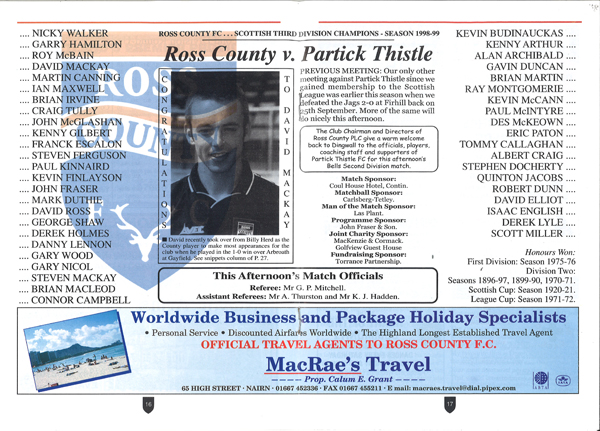 There were plenty of Thistle connections involved with the opposition, for example Nicky Walker, Ian Maxwell (captain of County that day) the afore-mentioned George Shaw and Paul Kinnaird. In addition, Gordon Chisholm was assistant manager of the home team at the time.

I mentioned the fact that the featured match was the first competitive meeting of the sides in the highlands. Do you know how many times we have made the long trek to Dingwall since that first encounter? The answer is 22!