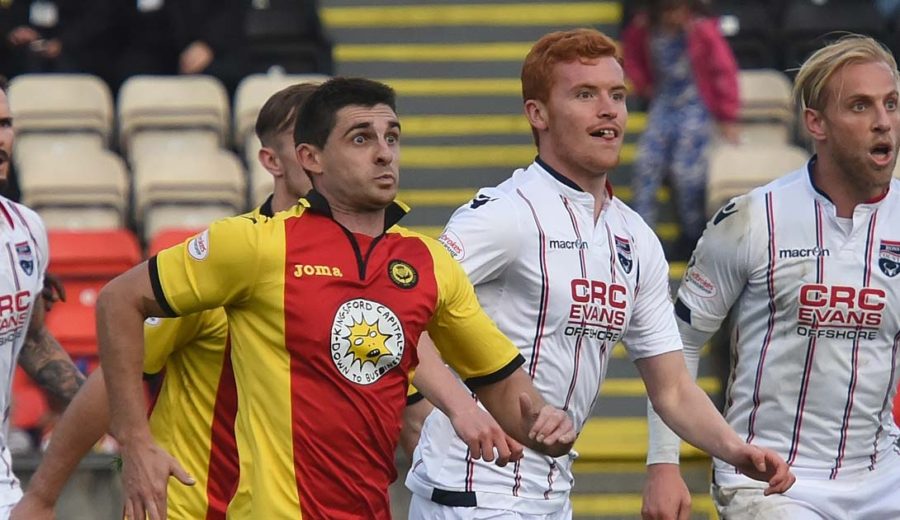 Dools: The goals will come

In recent games Thistle have shown that they are more than capable of creating chances against the best teams in this league but a cool head in front of goal has perhaps let the Jags down at times. One man who can never be described as lacking composure in the box is Jags front man, Kris Doolan, who spoke to ptfc.co.uk before embarking on the long journey north for Friday night’s game.

“We’ve played well in recent games and I think most people will agree that we have deserved more in a lot of our matches this season. It can be very frustrating but we’d all much prefer to be playing well and creating chances to be playing badly and not getting anywhere near. We can take a lot of confidence and belief from the games against Celtic and Hearts and we’ll take that into the festive period.

“It definitely feels like if we can get one then the floodgates could open. It’s also good to see chances coming from all over the pitch too, we have quality in just about every position and having that service behind is a real boost.”

In the game against Celtic Kris’s teammate, Chris “Squiddy” Erskine joined, the striker in the 200 club in terms of number of appearances in a Thistle jersey. Kris, who is good friends with Erskine away from the pitch, was quick to praise the man the fans also call “The Bridge”.

“Chris and I arrived at the club at similar times and it’s a fantastic achievement for him – even if it did take him a little longer than it took me! I think everyone can see what he brings to the side. He’s a very creative player and has been responsible for a lot of the goals I have scored so I’m glad he came home at the start of the season.

With conditions set to be blustery at best in Dingwall, Dools knows life will be difficult for defenders and goalkeepers alike – something he will be eager to take advantage of.

“I think when the conditions are like that then it just makes life harder for defenders and we need to be on the lookout for those mistakes. The league table is so tight at the moment and we need to make sure we start picking up results from the games against teams around us in the table. Hopefully that starts on Friday and if I can get on the scoresheet too then even better – the win is most important though, that comes first and foremost.”