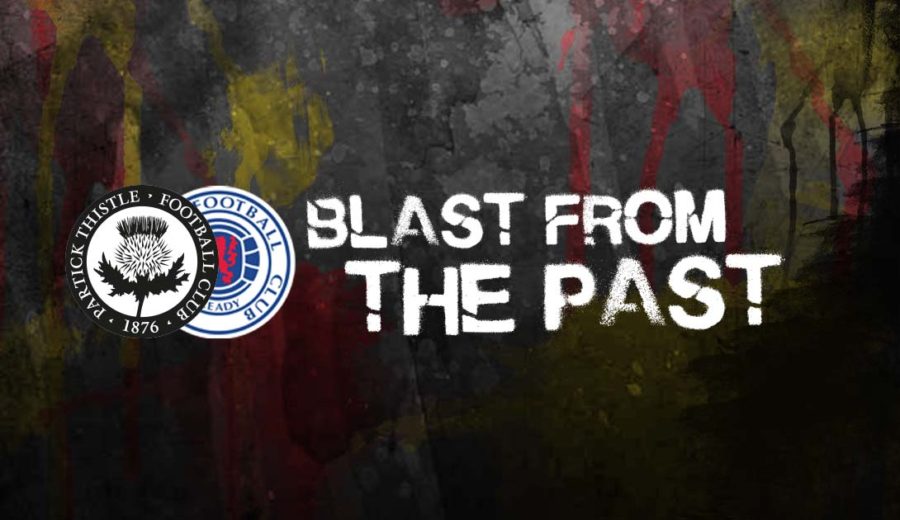 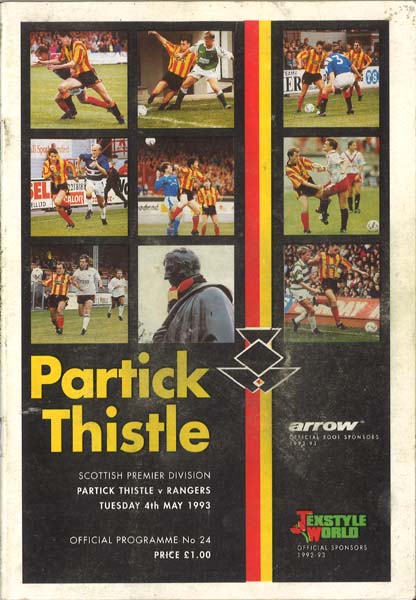 There is something unusual, from a personal point of view, about this particular game. Let me explain. I have watched Thistle thousands of times and enjoyed immensely each of the goals which have hit the opposition net, but strangely I missed our opening counter of this particular fixture, postponed from the 6th of March. Had the game gone ahead on the scheduled date, my unsuual situation would not have arisen. 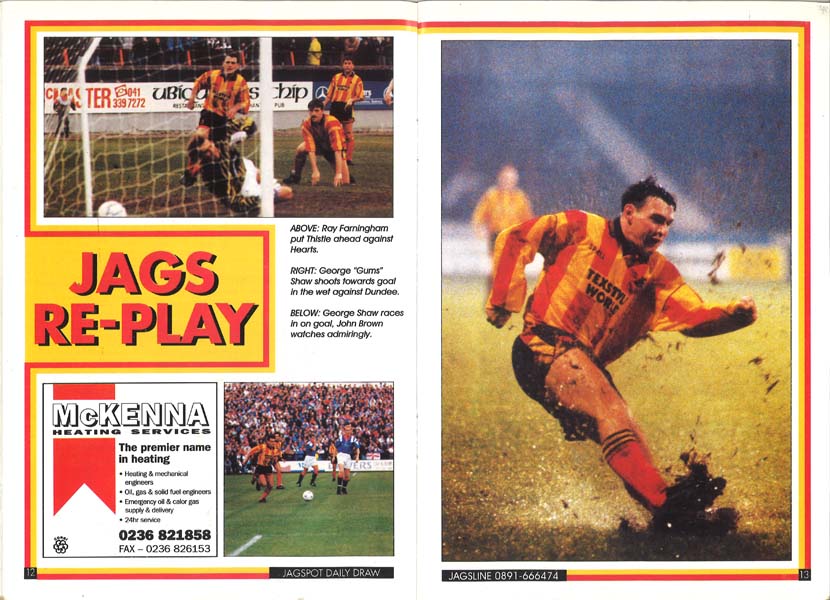 The game took place on a Tuesday evening. Now, our opponents had clinched the league title on the previous Saturday(nothing new there then) and it was decided that the Thistle players would form a guard of honour prior to kick-off. I decided to give this procudere a wide berth and stayed inside. I had been at Firhill as usual several hours before the starting time and yet missed the first couple of minutes of the action. This was entirely my own fault, but I just couldn’t face it! Such petulance came back to bite me. Ray Farningham scored for Thistle in the very first minute! We held the lead until half-time and you can rest assured I was in my place in plenty of time for the start of the second-half. This time it took us 8 minutes to score, Grant Tierney being the marksman. This was turning out to be a splendid evening, and the best was yet to come. I can still see Gerry Britton dancing round the stranded Alistair Maxwell and stroking the ball home. This was pure magic. I often speak to Gerry, even to this day, about this goal. 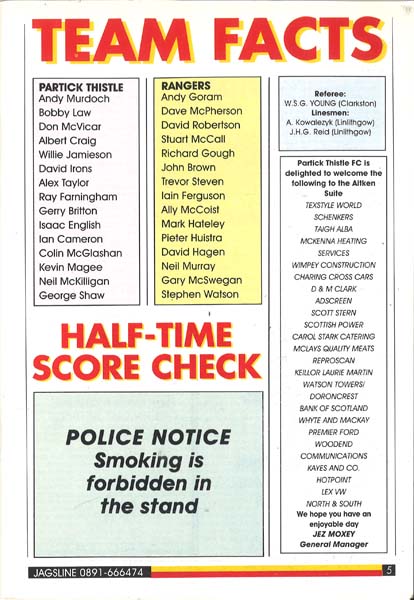 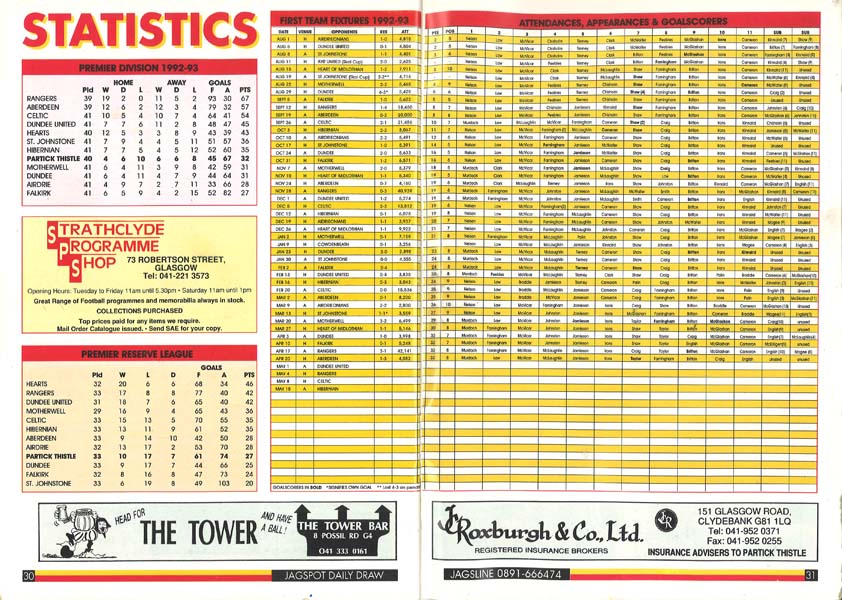 There were of course many in the footballing fraternity who claimed that Rangers had taken their eye off the ball, weren’t fully focussed on the task in hand, but with six or seven internationalists in their team, those are feeble excuses. It was 100% Thistle’s night. We had put the Goughs, the Durrants, the Hateleys, the Huistras and so on firmly to the sword, and oh yes, something else to mention just in passing – John Brown was himself booked!