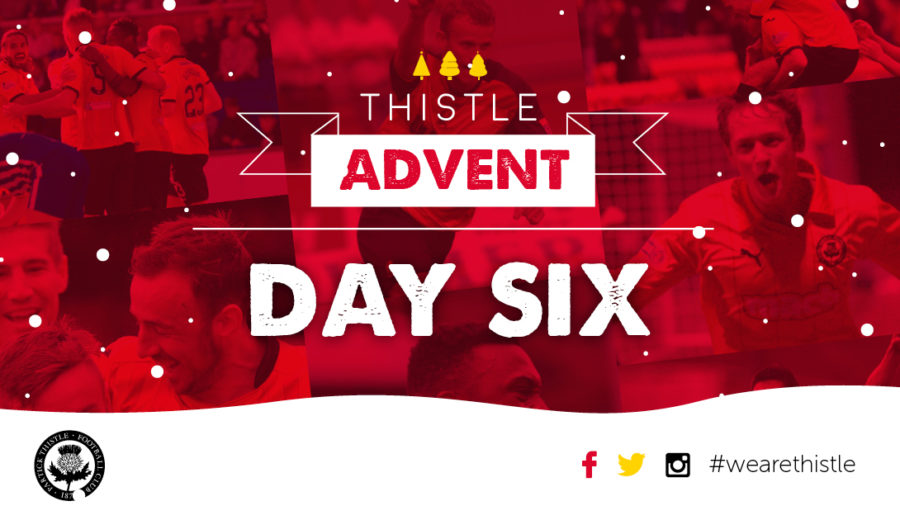 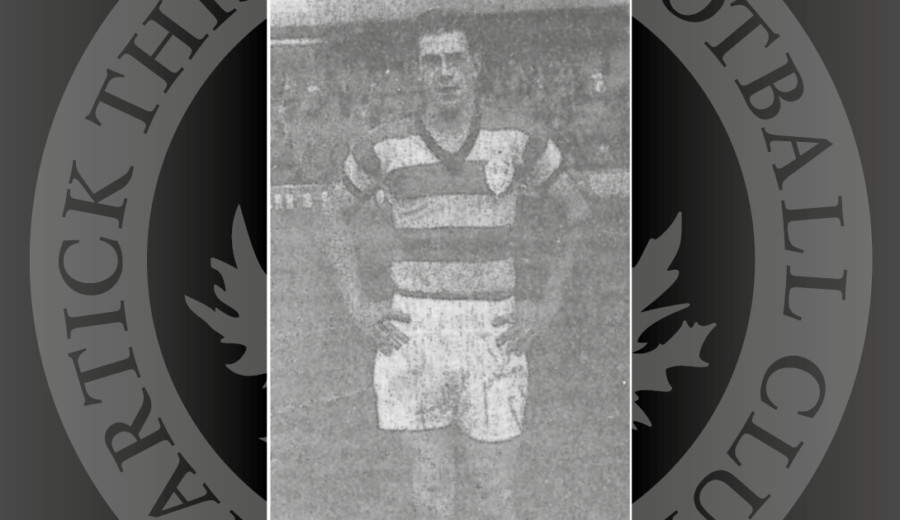 John Harvey sits ninth in the all time appearance list of Partick Thistle Football Club having spent the best part of two decades at the club.

The right-half joined the club straight from school but spent a portion of his early footballing career, as so many players of the era did, by spending time on loan with a local junior club to gain first team experience.

John eventually made his debut on Christmas Day in 1951, scoring his first Thistle goal as a consolation strike in a 3-1 defeat. Despite his dream start to life as a Jag, John took a number of seasons to establish himself as a first team regular in the side.

Once he had managed to cement his place in the team, John proved to be a very dependable player, getting on with his job to allow the attacking flamboyant talents in the side to flourish. There would be personal disappointment for John when he wasn’t selected in any of the three League Cup final sides of the 1950s, with the Jags experiencing defeat on each occasion, but he continued to play a crucial part in the sides development as the 1960s approached.

The side of 1962/63 are known as the Partick Thistle team that should have won the league. With a ten game winning streak towards the conclusion of 1962, the momentum seemed with the Maryhill men until a harsh winter caused no football to be played for two months. John Harvey was a part of that squad which had to settle for third place by the campaign’s end and with it a place in European competition.

There aren’t many Partick Thistle players who can say they have scored in a competitive European match for the club, but John Harvey is a proud member of a very exclusive club. His strike came in the second leg of a first round tie against Glentoran as Thistle cruised to a 7-1 aggregate victory.

John left the club in 1966 to finish his playing career with Third Lanark but retained a strong interest in the club by performing a number of roles within the club away from the pitch. He remains a frequent visitor to Maryhill and is always on hand, when he receives the call from Robert Reid, to perform the half time draw ceremonies. This is a duty he has continued into the current season when he made the draw for our home Ladbrokes Premiership fixture against Hearts in September.