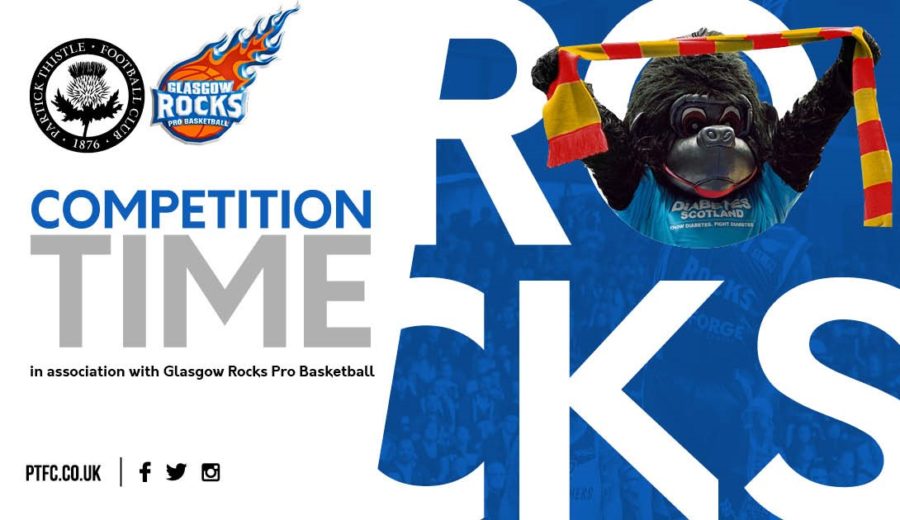 Partick Thistle has teamed up with Scotland’s only professional basketball team, Glasgow Rocks, to offer Jags fans an opportunity to win courtside seats at an upcoming Rocks game.

The Rocks have won back to back games to begin December but it will be the last game of 2017 that the lucky winner, and their friends, will enjoy as the London Lions arrive at the Emirates Arena on Friday 29th December. Tip off is 7:30pm.

Jags fans will also get to see a glimpse of the Rocks on the pitch here at the Energy Check Stadium at Firhill during half time in our next home Ladbrokes Premiership game against Motherwell. Rocks stars will be taking to the hallowed turf at half time as the club’s very special guests.

For the chance to win SIX courtside seats to Glasgow Rocks against London Lions on Friday 29th December at the Emirates Arena, Thistle fans just need to answer this simple question:

What is the name of the Glasgow Rocks mascot?

To enter simply email your answer to   by 5pm on Friday 15th December for your chance to win.

*By entering this competition you agree for your details to be shared with Glasgow Rocks & Partick Thistle Football Club and to be contacted in the future by each organisation.