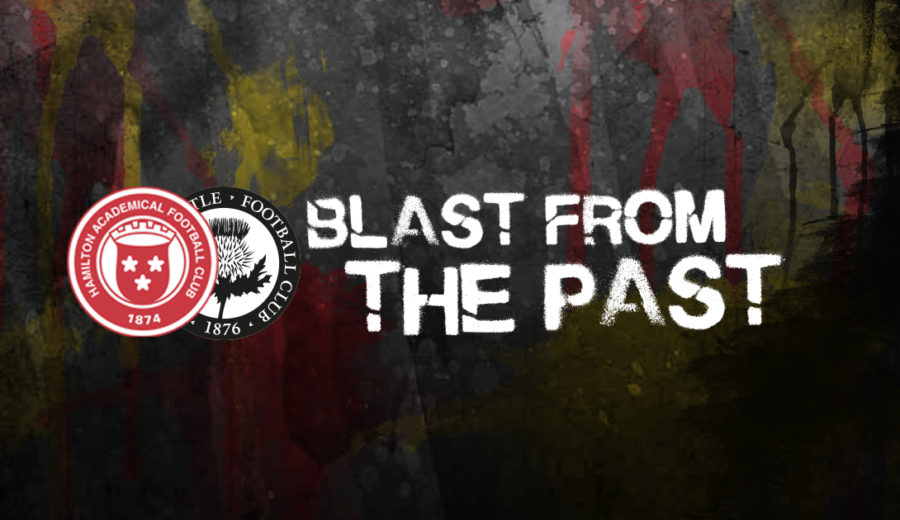 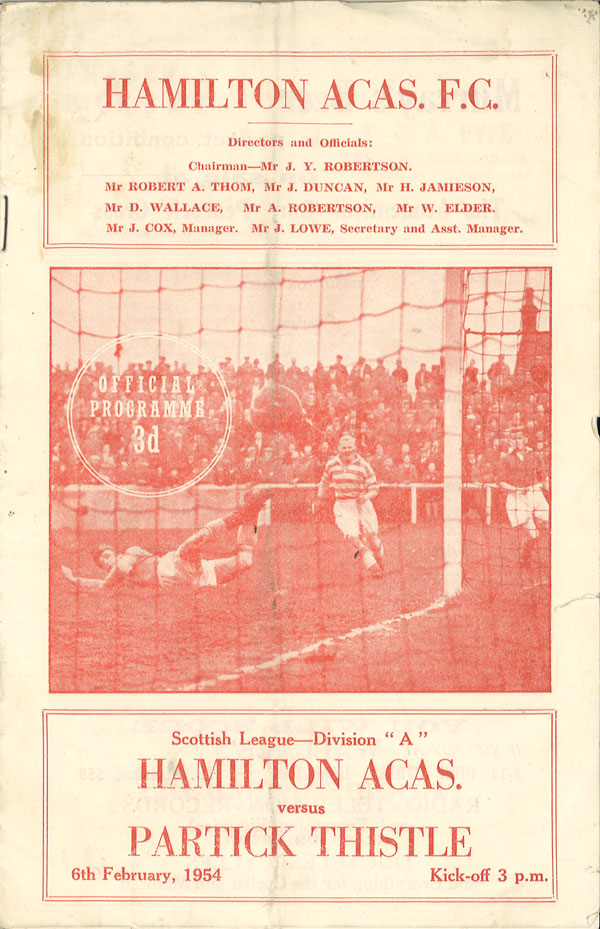 I have gone way back over many years to feature the earliest Hamilton v Thistle programme in my collection. There are various reasons why I have made this choice. Firstly, season 1953/54 was excellent for Thistle, as we finished third in the league behind Celtic and Hearts and, wait for it, one place above Rangers. Secondly, we scored more goals, 76 to be precise, than any other team in the league and thirdly we made it all the way to the League Cup final, sadly to lose 3-2 to East Fife. Having rattled off all those achievements, I feel ever so slightly better, something of an antidote to combat the extreme pain endured earlier in the day (26th November). Wasn’t that a complete travesty? 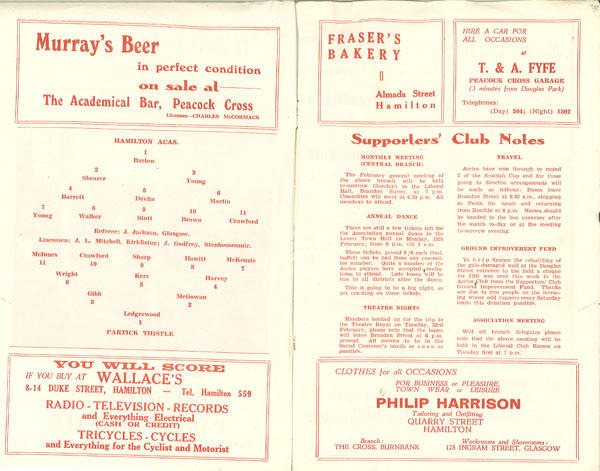 Anyway, let’s look at the Thistle team which triumphed 3-1 at Douglas Park i.e. the old Douglas Park. Since then, we have been to New Douglas Park and tomorrow we shall travel to the Superseal Stadium. Accies have also used Firhill and Cliftonhill in Coatbridge as their home ground. In goal was Tommy Ledgerwood and the full-backs were Jimmy McGowan and Andy Kerr, later to gain international recognition as a centre-forward. At right-half (notice the old terminology) was John Harvey, centre-half Jimmy Davidson and left-half, a somewhat unusual selection Norrie McCreadie. At outside-right we had Johnny MacKenzie, inside-right Alex Wright, centre-forward Willie Sharp, inside-left Willie Crawford and outside-left Joe McInnes (2-3-5 formation) with the inside-forwards playing a little deeper than the others. 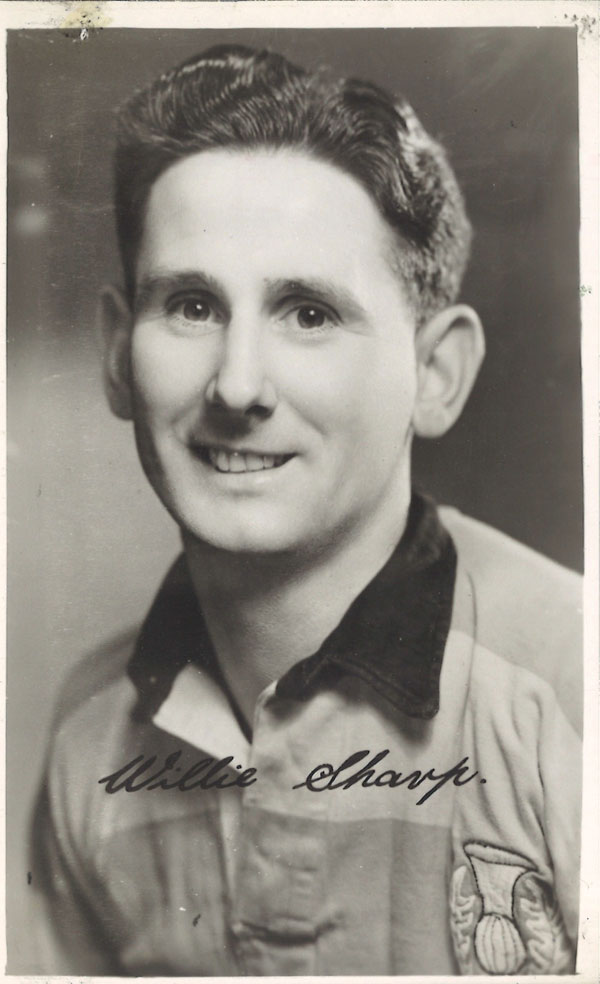 This was quite a talented eleven containing among others, World Cup stars Jimmy Davidson and Johnny MacKenzie. Special mention should also be made of Thistle’s record goalscorer Willie Sharp(pictured) who bagged 229 goals in 571 appearances, both staggering statistics. It is highly unlikely anyone will in the future get anywhere near those figures. As it happens Willie drew a blank on the occasion of the featured match, with the goals provide by Alex Wright and a double from Willie Crawford.

This trip down memory lane has helped me just a little bit. I hope it has done the same for you.