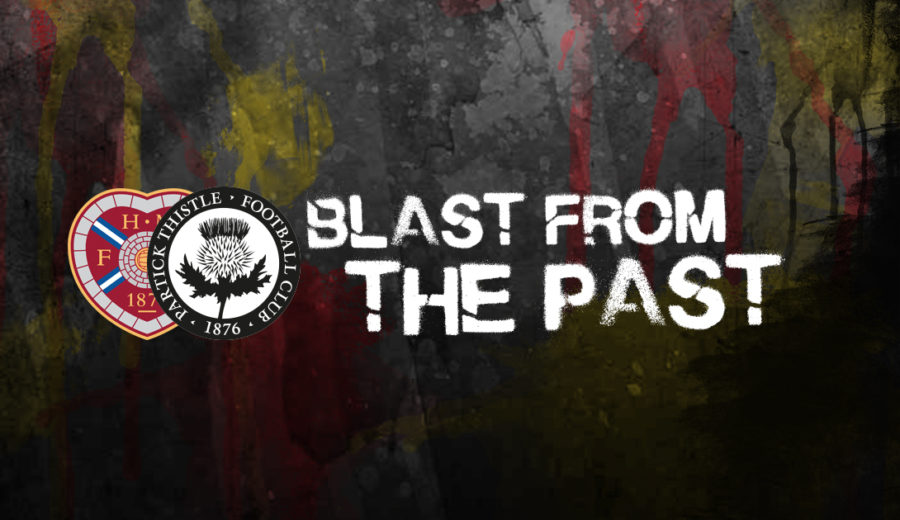 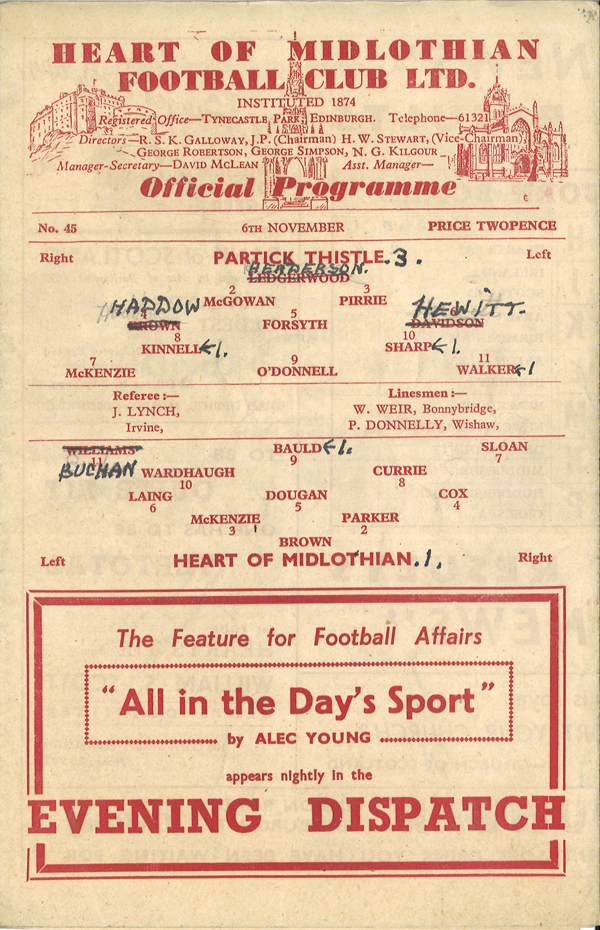 The programme for the selected match is looking rather sad and neglected. Considering its age, this is not altogether surprising. The poor thing has also suffered the ignominy of having team changes scrawled across it, not to mention the result of the match and also the scorers. All such activity is severely frowned upon by modern programme collectors. Never mind, who cares? It’s a memento of a great Thistle result. It’s also worth commenting on the rather unusual practice of listing the visiting line-up above that of the home team, something which is rare to say the least. Another unusual feature of this match is that in direct opposition were Jimmy Walker at outside-left for Thistle and Bobby Parker at right-back for Hearts, each of whom only a short time before had been stalwarts in the ranks of the opposition. 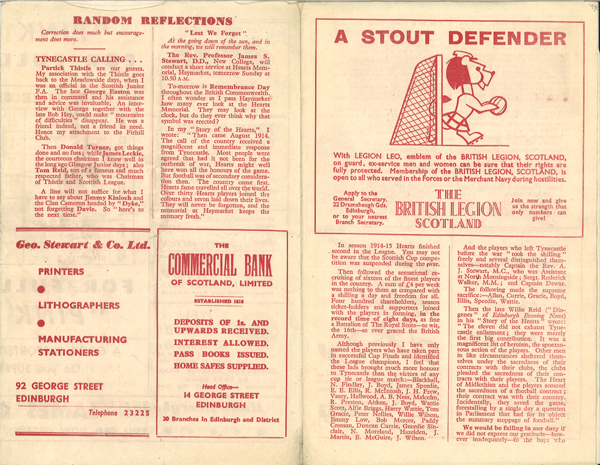 It has to be said that on that far-off day at Tynecastle, Thistle achieved a highly creditable result. They had to play without the commanding figures of Hugh Brown and Jimmy Davidson. However, as a very young Thistle enthusiast, and I mean very young, I always held the belief that as long as two of my all-time favourites, Willie Sharp and Jimmy Walker, were playing, we had a good chance of winning a match. I learned the hard way that this was being ever-naive. 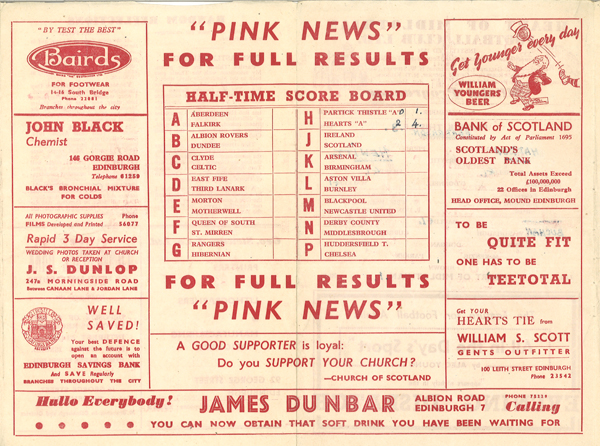 Tommy Ledgerwood was very often the man between the sticks for Thistle but on that November day in 1948 our goalkeeper was local Maryhill boy Bobby Henderson from Amisfield street. The full-backs provided a stark contrast between Jimmy McGowan, who made 543 first-team appearances and Alex Pirrie, with a mere 27. Making up the half-back line were ex Rangers man John Haddow with only 5 starts, Adam Forsyth and Willie Hewitt. World Cup star Johnny MacKenziew was at outside-right partnered by Bert Kinnell, a strange enigma, who could play up front but found his true position at centre-half. Leading the Thistle attack was Willie O’Donnell and the final two places were occupied by record goalscorer Willie Sharp and the flying Jimmy Walker. What a left-wing partnership!

Goalscorers on the day were King of Tynecastle Willie Bauld for Hearts and Bert Kinnell, Willie Sharp and Jimmy Walker for Thistle. It was nice that the two points were destined for Glasgow.