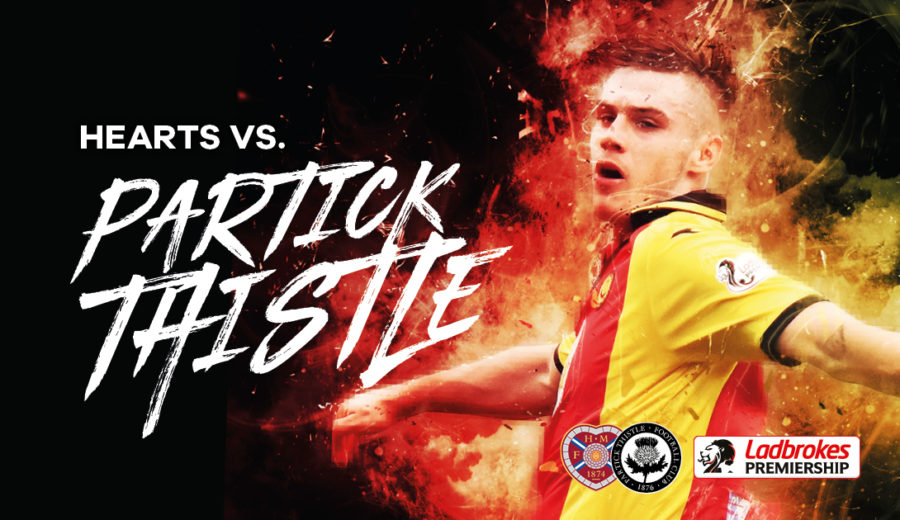 Liam Lindsay is hoping to come back along the M8 with three points and a clean sheet as Thistle travel to the capital to face Hearts on Saturday.

The defender, who has been somewhat of a scoring revelation at the other end of the pitch, is hoping to keep things tight at the back against The Jambos

He said: “We go into the game believing we can win. We are always confident in ourselves and our ability to win the game.

“We feel we have performed well against Hearts in recent matches and maybe deserved to take more than we have done. So we go in without fear and believe we can take all three points.

“They scored late on last time at Firhill and we owe them one for that, we probably owe a few teams mind you but we can start against Hearts on Saturday.

“Hopefully we go through there, do what’s needed, get the three points and up the road.”

Hearts will be managed by Ian Cathro for the first time at Tynecastle and Liam is hoping to give him a home bow to forget.

“Hearts are obviously under new management so we need to try take advantage of that, maybe they will be trying to play slightly different but we have to play our game and hopefully give him a poor home debut.”

Clean sheets have been somewhat of a problem lately and Lindsay is hoping to help the defence to their first since the 2-0 win away at Dundee.

“We know we have to keep it tight at the back. We have been struggling to keep a clean sheet so the whole defence is choking for one. We know we have to make sure we perform well and if we can stop them scoring then it makes things much easier up the other end for the attackers to try and win us the game.”

“I’m delighted with my goal scoring this season, I’ve no idea how I’ve scored that many but I have and suddenly I’m looking at trying to get double figures. First and foremost, however I would prefer to be keeping clean sheets at the other end of the pitch, that’s my main job and what is most important.”

After Hearts Thistle face a trip to top of the table Celtic and a pre-Christmas trip to Dingwall before two home games to end 2016 but Lindsay knows they can’t look too far ahead.

“We’ve obviously got two tough games coming up before games against sides around us before the break and it’s important we pick up as many points as we can and move ourselves away from the bottom. However, we can’t get too far ahead and must concentrate on one game at a time starting with Hearts on Saturday.

“We will go into that game having worked hard and ready for it and do everything we can to get the win.”