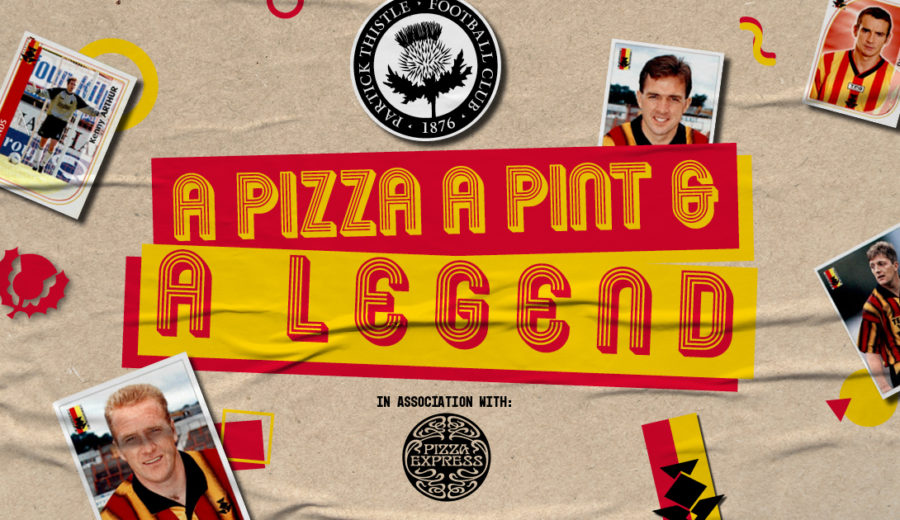 A pizza, a pint and a legend

Ever wanted to chew the fat with one of your all-time Jags heroes? Well, now you can and the best bit about it is YOU, the fans, get to choose which Thistle legends attend on the night.

On Friday 1st November we are hosting a pizza, a pint and a legend in the Alan Rough Lounge. Michael Max will take you through an evening which will see THREE Jags legends in attendance for a question and answer session, a quiz with supporters and an opportunity to discuss tales of yesteryear. A three course meal, provided by our partners at Pizza Express, and a free craft beer on arrival is included in the £20 ticket price.

This afternoon, at 1pm, on our Twitter account you will be able to vote on three groups of three legends. The legend who receives the most votes in each group will provide the entertainment on the night.

One legend from each of the following groups can be voted for:

These three Jags favourites played a significant role in achieving promotion during the 1991/92 season.

This trio of Thistle stars made a significant impact in the club’s for the Jags in the early 2000s.

There is no doubt that this event will prove extremely popular so please don’t miss your chance to be there – book your ticket now.

Tickets can be bought individually, for small groups or for up to tables of 10. It will be a night filled with Jags fans so you’ll always be around friends.