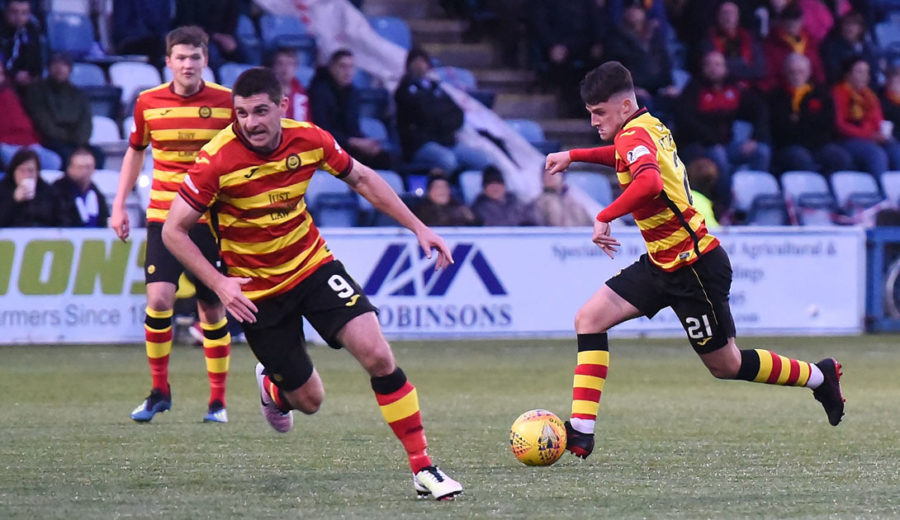 AIDAN FITZPATRICK: I’M KEEN TO PLAY AS MUCH AS I CAN

In what has been a very difficult season for Partick Thistle, one of the major bright spots has been the emergence of Aidan Fitzpatrick. The Thistle Weir Youth Academy graduate has made his arrival in the Jags first team as well as continuing his involvement within Scotland’s youth set-up. Debuting in the Betfred Cup against Albion Rovers, the 17-year old has notched three goals already in Thistle colours impressing many along the way. Furthermore, on Saturday, after a clutch of substitute appearances in the Championship, Aidan made his first ever league start as a senior player in a 1-0 defeat to Queen of the South and the youngster spoke to ptfc.co.uk following the game, beginning by reflecting on what was a difficult result to take:

“It’s obviously a very frustrating one for us because we felt that we’d controlled things but again we didn’t turn that into goals. We had some good chances too but we didn’t take our opportunities whereas they did which was ultimately the difference.”

The number 21 then gave us his view of Blair Spittal’s penalty appeal which came in injury time but was waved away by Steven McLean.

“I thought it was a stonewall penalty. The referee didn’t really seem to know what he thought and eventually just gave a goal kick which is frustrating for us, especially so late in the game.

“However, we can’t be relying on decisions going our way. If we’d taken our chances we would have won so we can’t use the penalty appeal as an excuse.”

Aidan then spoke about how proud he was to get his first league start in senior football having been given the opportunity to start in midfield alongside Blair Spittal and Stuart Bannigan.

“That’s exactly what I’ve been waiting for; the chance to prove myself. Of course, I’m still very young but I’m keen to play as much as I can so getting the chance to start in this game was huge for me.

“Whenever I get on the pitch, as a starter or a sub, I just want to do my best and hopefully the gaffer has seen enough from me to keep me in the team. Even if I’m not, we have two massive games coming up and I’ll be ready to contribute in any way I can.”

More reaction from Tam Scobbie and Blair Spittal as well as Jags gaffer Gary Caldwell is now available to Jagzone subscribers. Log in to see it.