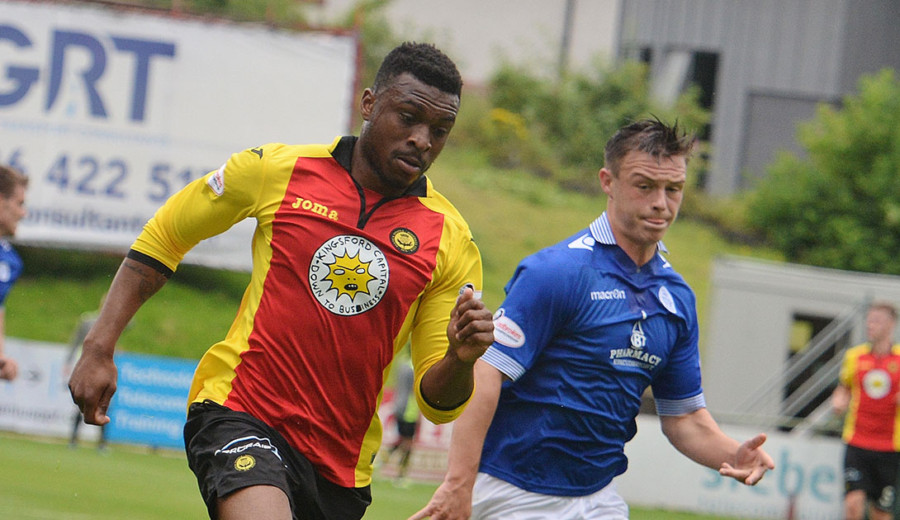 David Amoo was happy with the late victory over Queen of the South and feels there a lot of positives to be taken from the game.

Thistle needed two goals in the last ten minutes to defeat their Championship rivals but Amoo thinks there was a lot to take from the game.

Speaking to ptfc.co.uk after the match he said: “It was a good win in the end.  Queen of the South were a good team and tough to play against. They had a number of chances which thankfully they didn’t take but we kept fighting till the end and got the goals to give us the win.

I think we showed great spirit to fight to the end. We kept working hard and showed we can keep going. The boys that came on made a difference and it shows how much depth we have in the squad and how much competition there is for places.

Amoo took his place in an attacking line up which started with new signing Ade Azeez at the front before Kris Doolan and Mathias Pogba were introduced and he feels the different options are great to have.

“There was a lot of good link up play in the first half but we just couldn’t find that goal then towards the end we went a lot more direct so it shows we can mix it up when we need to so that can only be a positive thing. I thought the attacking players linked up really well and we are starting to get a good understanding and that can only get better as the season goes on.”

With two games gone in the new look Betfred League Cup, the winger feels it is a good addition to The Scottish football calendar

“The new format of the league cup is great, it’s good to have competitive games early on, it gets you up to speed quicker and if that was a friendly game it may have been played at a slower pace and you maybe don’t fight so hard at the end for the winning goals so it’s enjoyable.

“All the games in the group are important if we want to finish top so we have to go out and win the remaining games too otherwise today doesn’t count for much.”

David missed the first game through injury but after getting an hour under his belt he is already looking forward to the match against Stenhousemuir on Tuesday.

“I’m feeling good, it was great to be back at Firhill and out on the new pitch. The new surface is brilliant, I got a good hour and I’m feeling completely fine after it.

“I’m ready and looking forward to the game against Stenhousemuir on Tuesday. It’s another plastic pitch so different surface and it’s a different type of side to play against so we continue learning and improving.”

Stenhousemuir have lost their first two but Amoo knows the team will have to make sure they do things properly to prevent an upset.

“We know we will be expected to win but we need to make sure we do things right, we can’t take anything for granted and have to go out and play properly and make sure we come away with another victory.”