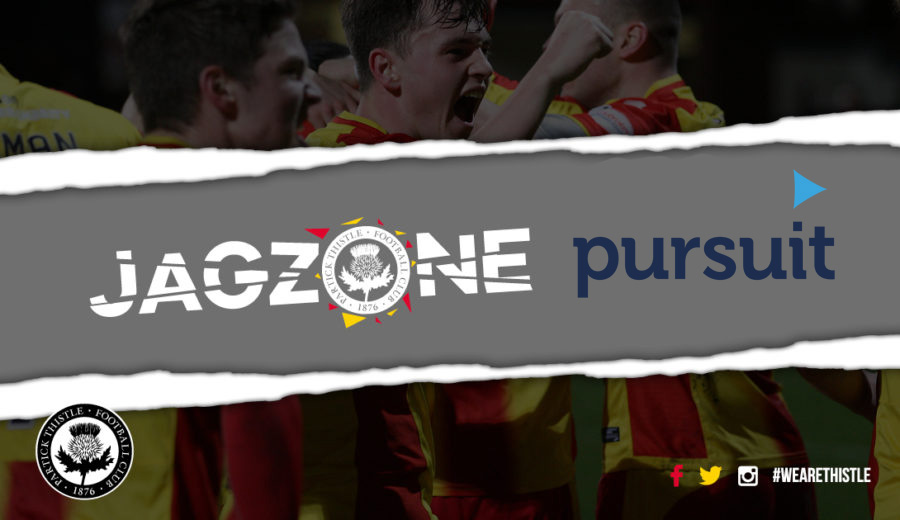 Another busy pre-season for JagZone

It’s been a busy pre-season for JagZone, sponsored by Pursuit Marketing, with plenty of content released ahead of the big kick off on Saturday.

We began the off-season by launching our popular JagZone Legends Series which has featured Thistle greats such as Jimmy Bone, Denis McQuade and Chic Charnley. During that series, Michael Max took our Jags legends on a trip down memory lane discussing their time in the red and yellow and those videos remain available to view online for JagZone subscribers.

As pre-season training began, the focus shifted to Garscube Training Complex where we went behind the scenes to keep subscribers up-to-date with the latest from the camp as well as an exclusive look at this year’s kit launch.

We’ve interviewed Head of Sports Science, Junior Mendes, to learn a bit more about the pre-season process and what the players are put through in preparation for the upcoming 2018/19 campaign.

Furthermore, we’ve spoken to Alan Archibald on a number of occasions, getting exclusive updates on his pre-season and the challenges he faces during this vital time of the season.

We’ve also caught up with the first team squad with Kris Doolan, Chris Erskine, Andrew McCarthy and James Penrice all sharing their thoughts ahead of the 2018/19 campaign

With just a few days until the new campaign begins, it is shaping up to be an equally busy season for JagZone, brought to you by Pursuit Marketing.

A JagZone subscription, at just £5.99 a month, will be the only place to see extended highlights, full match replays and reaction from all of Thistle’s Ladbrokes Championship fixtures for the 2018/19 season. Sign up now so you don’t miss out.

Behind the Scenes at Training