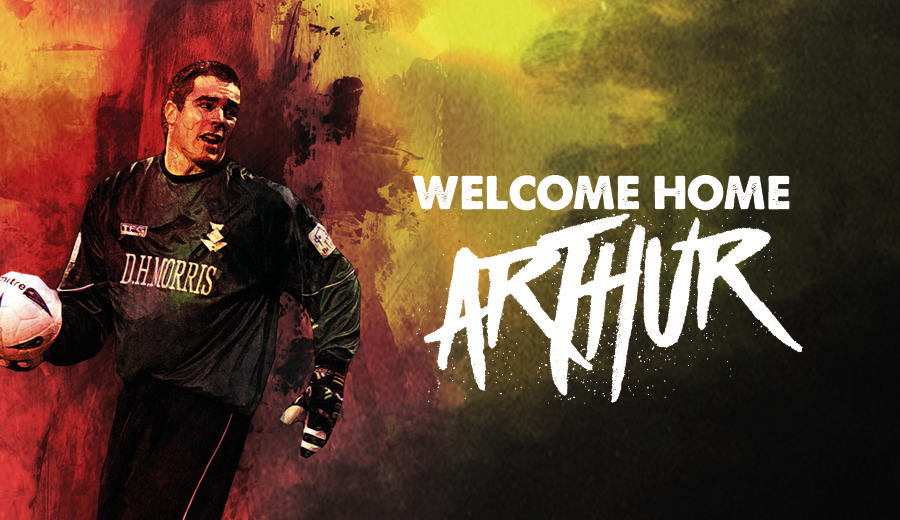 Over the course of the close season, manager Alan Archibald has been working hard to add new players to his squad for the 2016/17 campaign. It hasn’t just been players that the gaffer has been seeking with the departure of Paul Gallacher meaning there was a vacancy in his coaching staff for a goalkeeping coach.

This afternoon we are pleased to announce that Partick Thistle’s new goalkeeping coach is Kenny Arthur.

No Thistle supporter needs introduced to Kenny with the former Jags number one making 287 appearances for the side between 1997 and 2007. Kenny made his debut in November 1997, when the club was going through its darkest hour. Over the following decade Kenny enjoyed a rollercoaster of results with consecutive promotions seeing the club restored back to the Premier League, before consecutive relegations sent the side back to the Second Division.

In 2006/07, with the club back in the First Division, Kenny was rewarded with a richly deserved testimonial match against Celtic.

In the summer of 2007, Kenny left Firhill moving to English side Accrington Stanley with whom he spent two seasons. In 2009, he moved on to Rochdale playing 15 times in the campaign that saw the club promoted to Football League One.

After a season with the Dale he moved on to Grimsby Town, signing a two year deal. He spent time on loan at Gainsborough Trinity during his two year stint at Blundell Park.

In the summer of 2012 Kenny moved back to Scotland signing for Airdrie United, appearing against Thistle as the Jags won the First Division.

His final appearance against Thistle came in a pre-season friendly for Annan Athletic in the summer of 2013. His season at Annan was his final as a player and it was also his first step into coaching as he combined playing duties at Annan Athletic with coaching at Queen of the South.

He remained a part of the Queen of the South coaching staff when he hung up his gloves, although on occasion he did appear on the substitute’s bench when required. Kenny has spent the last two seasons with the Doonhamers as goalkeeping coach before re-joining Thistle for the season ahead.

Ptfc.co.uk spoke with Kenny shortly before he was announced as goalkeeping coach.

I’m delighted to be back at the club. I spent a long time at Firhill as a player and to return to a club which is close to my heart as a coach is a great privilege. I’ve learned a lot about coaching during my time at Queen of the South and I’ll always be grateful that they gave me the opportunity to take my first steps into goalkeeper coaching. I’m looking forward to meeting Tomas, Ryan and Conor in pre-season and getting started.

All at Firhill are delighted to welcome Kenny back to the club and wish him well over the coming season.